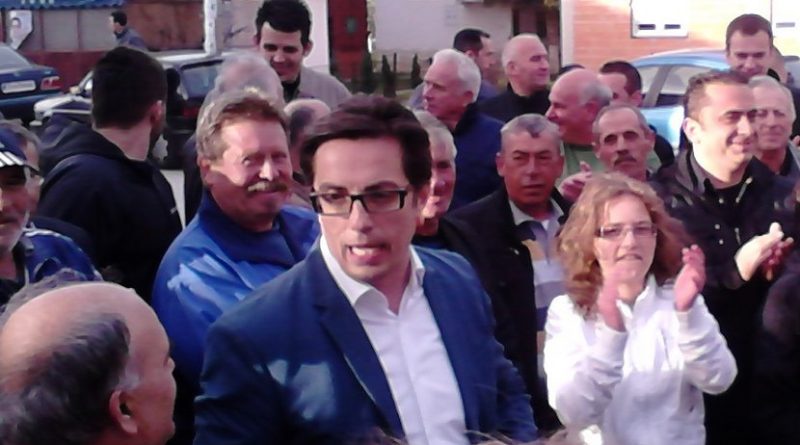 North Macedonia’s ruling Social Democrats named the country’s coordinator for NATO accession, Stevo Pendarovski, on Friday as its candidate for president in an upcoming election.

The election, in April and May, will mark Pendarovski’s second run for the job, having lost in 2014 to incumbent Gjorge Ivanov.

With the backing of the country’s strongest political party, plus its junior partner in government, the ethnic Albanian Democratic Union for Integration, Pendarovski enters the race this time as favourite.

The election marks the first test of the ruling coalition since passage of an historic deal with neighbouring Greece under which North Macedonia changed its name from ‘Macedonia’ and Athens agreed to drop its veto on the country’s NATO and European Union integration.

Born in 1963, Pendarovski is a veteran political operator, having served as national security adviser to late President Boris Trajkovski from 2001 to 2004, then as head of the State Electoral Commission for a year before becoming foreign policy adviser to former President Branko Crvenkovski.

He holds degrees in law and political sciences.

The first round of the election is scheduled for April 21, and if no candidate wins more than 50 per cent of the vote, the two with the most votes will enter a run-off on May 5.

In the second round, turnout must be at least 40 per cent for the result to be valid.