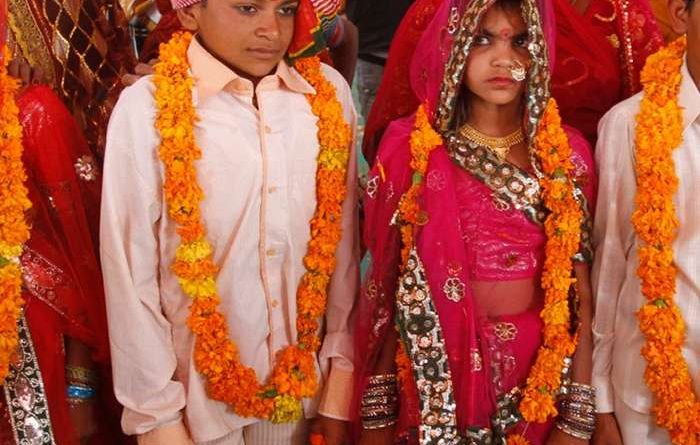 By Pooja Shah and Russell Whitehouse

“And just like that, my mother was married to the village chaiwala when she was 14!” I distinctly recall my grandmother saying as we sat together on the front porch, warmed by the mid-summer breeze. “14? She’s a child!” I gasped out of horror. “How can she be married? Her parents allowed it?” I ignorantly continued.

It was July 2011. I was visiting my now-late grandmother in Ahmedabad, Gujarat after a two-month writing excursion through Mussoorie. The first few days of my stay were filled with pleasantries and questions about school and life in “Amreeka”, quickly followed by the incessant questioning of when I would get married and if I found a suitable companion yet… Of course, to a 19-year old college sophomore student barely at the cusp of adulthood, marriage felt like an intangible figment of my imagination, as it did for most of my peers back home who were too occupied by finalizing our majors and what party to attend next weekend. However, as my grandmother spoke, summoning stories of her own mother, it became dauntingly obvious that not only marriage was the traditional norm, but marrying early was the expectation in the era she grew up in.

Although theoretically child marriage is outlawed in India, in many rural areas, impoverished families will often “give away” their children in exchange for fleeting economic security. Rooted deeply in religious, traditional and cultural norms, and often motivated by economic factors, many families view child marriages as a means to end their economic suffering.

My grandmother confided in me that her mother, a child herself, gave birth at the age of 16 with a husband who was nine years her senior. Dadi dismissed my shocking reaction and confirmed, once again, that this was not atypical. I began to realize over the course of our conversation the very limited rights and personal choices these children, particularly young girls, have. Their lives are a mere transaction: exchanging their livelihood and existence for a few rupees on their families behalf, all while being forced to forego their educations, childhood, hobbies, and sense of independence.

This commodification of the lives of girls reinforces a culture of deep misogyny. Being married off while school-age tends to end a girl’s education; less than half of child brides have completed primary (let alone higher) education. This can create economic shackles for a girl in a marriage; without even a basic education, a girl or young woman is unlikely to find a job that can create any level of financial freedom. Being saddled with a child from a young age also impedes a girl’s ability to leave the house to find work. With this reality in mind, it’s no shock that child brides are 9% more likely to experience physical or sexual abuse (generally by a husband or parent in-law) than women. A young lady with little education is less likely to be aware of legal options to end this suffering, like filing a domestic abuse complaint with the police or filing for divorce.

Such a culture is likely to continue other degrading practices, like female genital mutilation and widow ostracizing, as well as create whole generations of traumatized girls and young women. The systemic rape of young girls inevitably moves the social Overton window, making the rape of women, men and boys seem less important or even noteworthy. Growing up in a household featuring such disparate power dynamics is liable to create a twisted sense of self-esteem and justice among children of child brides. Mothers are one of the primary sources of the pedagogy of a child. Thus, girls who were taken from their schools to get married would be less well equipped to contribute to their children’s education. This would be especially apparent in terms of sexual education; a culture of child brides is intrinsically less able to teach its children about health topics like STDs and birth control, to say nothing of ethical issues like consent.

My dadi also revealed how her own mother suffered multiple miscarriages throughout her youth, as her body was not fully equipped to bear pregnancy. This is unsurprising; young girls aren’t biologically ready to go through the physical traumas of pregnancy and giving birth. Pregnant girls under 15 have quintuple the maternal mortality rate of women; 88% of them suffer obstetric fistulae, which often lead to permanent disability. Girls are also disproportionately likely to receive cervical lacerations during intercourse, which can lead to cervical cancer down the line. The children resulting from these underage marriages suffer similar hazards. Babies born to child brides are 28% more likely to die within their first 5 years of life than babies born to women.

When confronted by my bachelorette status (as I often was when I visited India), I remember I would always counter with “I have to finish school first”, acknowledging the privilege I had to control my education and career aspirations. When it comes to these child brides, often times marrying at a young age will likely mean an end to their education, and in turn, will hinder their ability to obtain the skills and knowledge that is vital for income-generating employment.

That day I was enraged by the fact that child marriage continues to exist in the 21st century, as well as my personal lack of awareness on the issue. It has been over eight years since that enlightening conversation, and thankfully due to the tireless efforts of activists, legislators, and advocates there has been movement towards ending child marriage. In fact, UNICEF and Indian Wedding Buzz joined forces earlier this year on Valentines’ Day to #EndChildMarriage, demonstrating that one of the most crucial steps in eradicating this humans right issue is to stand against it. By utilizing their global social media platform and influential magazine, the #EndChildMarriage initiative was aimed at raising awareness of the implications of child marriage and more importantly, how we, collectively, can help put a stop to it. The campaign further empowered young girls in many South Asian and African countries (i.e. Bangladesh, Burkina Faso, Ethiopia, among nine others) with the information and resources to understand the implications of what they are being forced into.

Furthermore, the program continued to develop national strategies with the efforts of government investments, religious leaders, and of course our community. This social media sensation, backed by Indian Wedding Buzz, demonstrated their respective commitment to being part of the change, so that we as South Asians, as Americans and as humans can follow suit to be part of this revolutionary movement. After all, there is strength in numbers.