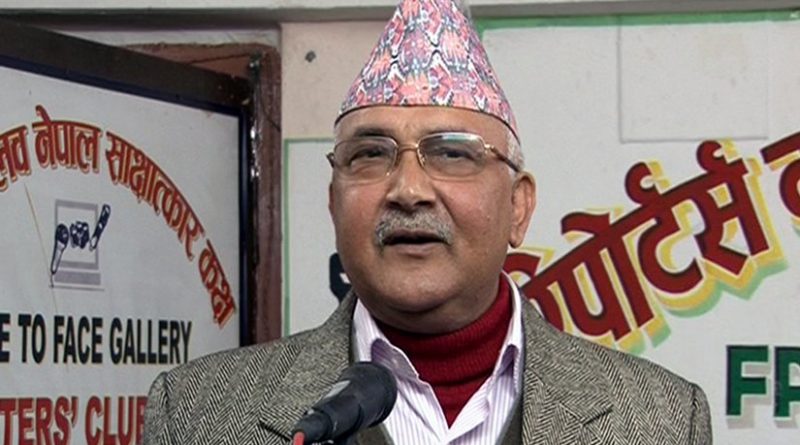 It was a disastrous week for Nepal’s Prime Minister KP Oli.  His nationalistic rhetoric had no takers in his party and most of the Standing Committee members were unequivocal in demanding his resigning not only the post of Party Chairman, but also the post of Prime Minister in the last meeting held on June 30.

Oli left his own residence where the meeting was taking place and met the President for an hour.  Later he held consultations with his Cabinet Ministers ad some Standing Committee members close to him.

At the same time, an obscure politician Sandhya Tiwari filed an application to register UML as a political Party at the Election Commission.  Though Oli denied that he had a hand in it, all indications are that he was behind the new move.

There is an unverified report that the Chinese Ambassador met all the top leaders of the NCP in the last two days perhaps to keep them together and retain Oli as the PM.

But Oli had burnt all his bridges by his shameful speech in a public meeting on the 69th anniversary of Madan Bhandari where he alleged about conspiracies being hatched against him by New Delhi and the Indian Ambassador as also his colleagues in the Party.

Some senior members of his Party called his speech most inappropriate, breaching diplomatic decorum and damaged the relations that  have already reached the bottom – between India and Nepal. Oli tried his best to dodge the meetings of the Standing Committee taking place at his residence.

On the first day he made a combative speech accusing his party colleagues behaving like the “opposition.”  The next meeting on 26th he skipped on the excuse of  “prior engagements.”  Significantly in the second meeting, the members discussed the border dispute with India and found fault with Oli for failing to lay the ground work for diplomatic talks with India and allowing Nepal-India ties deteriorating to the lowest levels in recent history.

About 18 leaders spoke during the meeting and questioned PM Oli’s intent in ignoring a crucial meeting. Matrika Yadav a veteran member of erstwhile Maoist Party openly said that Oli cannot be trusted anymore. Another called it “disgraceful.”

Strangely, some members of the Standing Committee demanded that the entire Indo-Nepal border be fenced and there was also another suggestion to introduce a visa system between the two countries.

In the third meeting on the 27th, that Oli attended briefly, Dahal (former Prachanda), renewed his attack on Oli and said that he regretted the November Pact wherein he agreed to let Oli run the Government for five years.  Either we have to part ways or mend ways, he said.

Since parting is not possible we need to mend our ways and be ready to sacrifice, he continued.

Desperate situation needs desperate remedies. A person drowning would catch anything to remain afloat! Oli instead of making his accusations within the party meeting, went public on Sunday June 28.  It was an event organised by the Madan Bhandari Foundation at Baluwater, Oli’s official residence. It was shameful to say the least. In the speech, Oli went berserk and made wild allegations against everyone.

Instead of being combative enough, he tried the “Victim Card.”  He said that plots are being hatched to topple him for releasing the country’s map and getting it adopted through Parliament.

“Given the ongoing intellectual discussions, media reports from New Delhi, Indian Embassy’s activities and meetings held at different hotels in Kathmandu, it is not very difficult to understand how people are actively trying to unseat me.  But they won’t succeed.” Oli recalled that earlier, he was removed from power in 2016 when he signed the trade and transit treaty with China.

He also claimed that if he was removed from the post, no subsequent PM would speak up in favour of the country. First, he played the victim about conspiracies by external elements (read India) and even his own colleagues to unseat him and hinted that he was removed earlier because he has signed a trade and transit treaty with China – a clear invitation to China to save him.

Finally he claimed that he is the only “Nationalist PM” left and no one would stand up against India.  In the last meeting held on 30th the opposition leaders spoke with no holds barred.

Dahal said that it is not India that wants to topple him, but  he who had been seeking his resignation both from the party chair and prime minister’s post. Dahal was followed by other senior leaders, Madhav Nepal, Jhalanath Khanal, Bam Dev Gautam and Narayan Kaji Shrestha.  Oli left the meeting in a huff after Khanal completed his speech.

Dahal even accused Oli of tarnishing the Party’s image by speaking out against India.  One member made an ominous statement: “ We are heading towards a diplomatic disaster.”

That said, we will have to wait and see how the events run out. The option of Oli keeping the Prime Ministership and Dahal taking the chairmanship full time is no longer possible.  It is not known whether the last ditch efforts of the Chinese embassy had borne any fruit.  It does not appear to be so. Oli was toying with the idea of getting the required majority with the Parliamentary Representatives but he is still short of eight members.

That was the reason earlier for his desperate attempt to win over the Samajwadi members using all methods including kidnapping of one member.  It did not succeed.

Oli has just run out of gas and cannot play his nationalistic card anymore.  India did not oblige him either. He may be looking for a split after being forced to exit. It is time for him to take care of his health and retire gracefully.