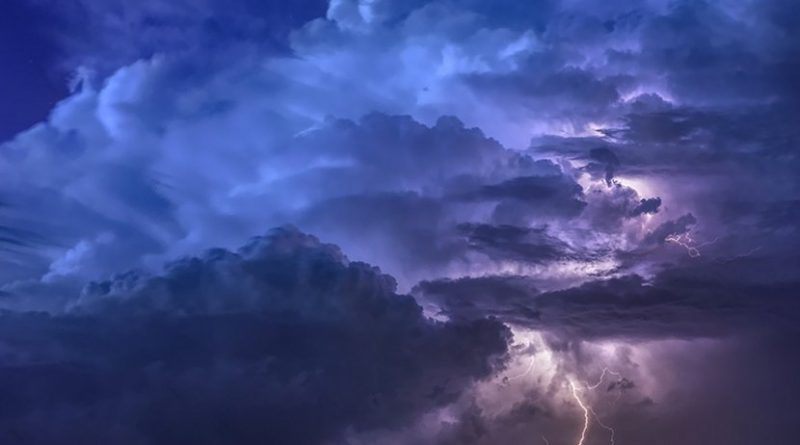 Southeast Asia, the world’s most ethno-culturally diverse region, is rapidly growing because of its strategic location and rising economies. A sub-region of ten countries, it has dynamically increased its influence in international affairs after the end of the Cold War. Constituting a population of over 620 million, the region represents a profound puzzle of politically unstable democracies which are in a constant state of flux.

In Malaysia, the recent election marked the comeback of the “Malay tsunami,” with Prime Minister Mahathir Mohamad revisiting democracy amidst turbulent challenges. With the Barisan National (BN) ending its six-decade-long monopoly, the country still faces major obstacles including corruption scandals, “religious and political manipulation” and reformation of the government. The ever-changing political landscape of Malaysia is a landmark change in the Southeast Asian democratic regime. Moreover, this development in Kuala Lumpur will be a litmus test of whether democracy can stand strong in the winds of change.

Following its neighbour’s footsteps, Indonesia is also going for general elections next year. This year, Indonesia marked its 20th anniversary as a democratic country, with the end of the Suharto rule. In 2016, the democratic right to expression and religious tolerance in the country suffered a major setback when Christian governor Basuki Ahok was sentenced to two years in jail for “blasphemy”. This showcases the lack of a “united national consciousness”, which according to experts, is critical for the growth of democracy, especially when Indonesia is expected to play a critical role in the emerging importance of the Indo-Pacific and create “an alliance of liberal democracies and spread its values around the world”.

Unfortunately, barring these two examples, recent trends in the rest of Southeast Asia, especially in the Philippines, Cambodia, Thailand and Singapore indicate a slow transition from liberal multi-party systems to democratically elected leaders hoarding their powers.

With the Philippines leader, Rodrigo Duterte, already challenging the judiciary and with the removal of the Chief Justice Maria Lourdes Sereno, the country maybe heading for what is being termed by experts as an “imperial presidency”. The democratic nature of the country is deemed to be “gravely wounded” because of the human rights violations and poor economic conditions. Even in the past, Philippines had converted their democratic rule into authoritarian powers under the rule of Ferdinand Marcos in the mid-1980s.

Similarly, Cambodia’s leader Hun Sen declared that “the government will commit to protecting the multiparty democracy process.” But after the dissolution of the Cambodia National Rescue Party (CNRP) in 2014, there is no major opposition party and Prime Minister Sen has desired to continue his leadership in the coming years. A report from Australian National University (ANU) suggests that “Cambodia has not met even minimal democratic standards for the past 25 years.”  Further, the author of the book, Hun Sen’s Cambodia, Sebsatian Strangio notes, “what we’re seeing now is the government increasingly dispensing with pretense of democratic rule and being much more openly authoritarian.” With strongman leader Hun Sen continuing his rule of 33 years, it will be interesting to see if the upcoming selections will bring any changes in the ruling system.

In addition, Thailand, which underwent a military coup in 2014, has brought in economic reforms for the country but has failed to recreate its democratic order. The Thai Junta have been promising ‘free and fair elections’ but failed to deliver making the future of Thai democracy look ‘bleak’. With the commander-in-chief general-turned-Prime Minister Prayut Chan-ocha reiterating that elections won’t be held before 2019 and the Junta government “deepening its authoritarian rule” in the state, chances of the return of democracy seem bleak. A member of the ASEAN Parliamentarians for Human Rights (APHR) stated that Chan-ocha experiences “limitless authority” and the country is far from having a “return” of democracy.

Southeast Asia’s prominent economic hub, Singapore, continues to be growing at an unprecedented rate on the economic front, but continues to lag behind democratically – with barely meeting the ‘minimum’ standards of democracy. For starters, the ruling People’s Action Party (PAP) is the only major political party in Singapore. The party has been in power since independence, managing to win 14 legislative elections and is said to be the “third longest serving party” in the world. This has driven many observers of Singapore’s history – since its founder Lee Kuan Yew’s rule – to term it as perpetually being ruled by a “benevolent dictator”.

The Philippines, Cambodia, Thailand, Singapore and Malaysia are all experiencing challenges – albeit myriad ones – to their respective democracies. While the continuation of democratic rule in the aforementioned countries remains uncertain, other nations in the region are facing stiff resistance to the establishment of a democracy. Such experiences are a cause for concern for Southeast Asian countries that have been historically marred in monarchies or military rule.

For instance, three years ago, despite the optimism over the National League of Democracy’s (NLD) triumphant wave, the subsequent political inefficacy of “democracy icon” and the Noble Peace Prize-winning leader Aung Sang Suu Kyi has “dashed hopes” for a democratic upheaval in Myanmar. Although she is the de-facto leader of the state, she has “refused to even use the term “Rohingyas” and avoided any moral stewardship on the ensuing crisis.

One of the fastest growing economies of this region, Vietnam, continues to be ruled by the Communist Party of Vietnam (CPV). As one of the last countries in the world under communist rule, experts argue that democratisation can only take place in Vietnam with the “introduction of multi-party system” – which is highly unlikely. Its neighboring country, Laos, also looms under the communist shadow. The country has been termed as “world’s most closed political system after North Korea”. Whereas, Brunei, one of the small states in the Southeast Asia region, is often brandished as an ‘absolute monarchy’. The future for democracy in this state seems ‘dark’ too, as the last legislative elections of the state were “conducted in 1962”.

Many countries in Southeast Asia are also facing limitations on the media and the freedom of speech. Last year, the Cambodian government forced The Cambodia Daily and Radio Free Asia to shut their respective offices. Interestingly, the oldest newspaper of Cambodia published its last article on 4 September 2017 titled “Descent into Outright Dictatorship”. According to Hun Sen, the agenda of Radio Free Asia is to “oppose the government” and can be rightly referred to as “servants of the foreigners”.

Further, keeping up with the world’s latest political snare over ‘fake news,’ some of the region’s leaders are adopting that allegation for any piece of news that stands critical of their rule. For example, the act of shutting down a local website ‘Rappler’ by the Manila government is seen as an “act to muzzle” the free press. Similarly, Malaysia recently introduced a new media-gag law against “fake news” which many experts deemed to be a violation of the “freedom of the media”.

According to an independent democracy watchdog, Freedom House, “2017 was the 12th consecutive year of decline in global freedom”. Democracy has been on a decline but according to ASEAN’s charter, maintaining democracy is essential and it is “collective regional objective”. With many nations like Cambodia, Indonesia, Thailand going for elections in the upcoming times, it will be interesting to see if democracy can prevail. In the coming years, the challenge would be to safeguard democracy from the growing expansion of strongmen leaders which could further lead to corrosion of the democratic regime.

There exists, however, some cause for optimism in the region. With ‘democracy in retreat’ in the region, there are some countries (albeit small states) like Timor Leste amidst a serious attempt to maintain the tradition of a robust liberal democratic parliamentary system. With the fresh elections held on 12 May 2018, the nation is being declared to be “boldly democratic” and successful in maintaining a multi-party democratic regime.

The 1967 ASEAN Bangkok Declaration’s major goal was to muster “the collective will of the nations of the Southeast Asia to bind themselves together in friendship and cooperation and, through joint efforts and sacrifices, secure for their people the blessing of peace, freedom and prosperity.” Emerging trends suggest that Southeast Asian countries must pay heed to this past collective commitment to encourage liberal democratic values and institutions in each country.

*The author is a Research Intern at Observer Research Foundation, Mumbai