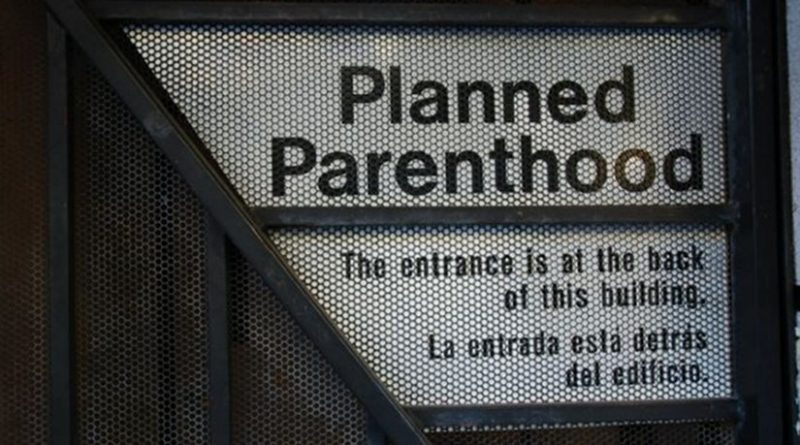 Planned Parenthood Federation of America claims that the 665 clinics run by its affiliates[1] provide a “wide range” of health care as justification for taxpayers providing more than 40 percent of their funding, and that abortion is a small proportion of their services.[2] Yet, data show that Planned Parenthood Federation of America is the country’s largest abortion provider with affiliates performing more than 300,000 abortions per year, which amounts to approximately one out of every three in the country.[3]

How Does Planned Parenthood Calculate Its Claims About Its Abortion Services?

How does the Planned Parenthood annual report arrive at the 3 percent figure? The calculation counts each “discrete clinical interaction” as a separate “medical service,” meaning simple tests or routine provision of birth control are given the same weight as surgical or chemical abortions.[6] For example, if a woman in the course of a year receives a free condom, a pregnancy test, a sexually transmitted infection (STI) test, and an abortion, Planned Parenthood would say abortion was only 25 percent of the services provided.

Even with Planned Parenthood’s broad definition of “medical service,” data reported in the organization’s annual report suggest that roughly 12 percent of people who received a service from Planned Parenthood affiliates received an abortion during the reporting year.[7]

Despite a nearly 20 percent decline in the number of abortions in the country between 2000 and 2011,[8] the number of abortions Planned Parenthood performed during that time increased from 197,070 to 333,964, thereby more than doubling its share of the abortion market from 15 percent in 2000 to 32 percent in 2011,[9] the latest year for which national data are available.

Combined federal, state, and local government funding has increased from $203 million (30 percent of Planned Parenthood’s consolidated revenue) during its fiscal year 2000–2001 to $528 million (41 percent of revenue) during 2013–2014.[11] Planned Parenthood’s annual report does not provide a breakdown of federal versus state funding or the exact government grants, contracts, and reimbursements it receives.

A Congressional Budget Office (CBO) analysis released in September 2015, however, shows that the organization’s affiliates received approximately $60 million of taxpayer money under Title X of the Public Health Services Act, and $390 million through federal payments under Medicaid in 2013.[12] The federal government generally provides reimbursement for 90 percent of the cost of “family planning services” and products covered under Medicaid, while states provide the remaining 10 percent.[13]

Under Title X grants, abortion providers are able to prorate expenses such as staff and waiting rooms, covering a portion of the fixed costs of the abortion-related staff and facilities. According to the Guttmacher Institute,

Because Title X grants offer up-front funding to providers (rather than payment after-the-fact, as with Medicaid or private insurance), the program provides essential infrastructure support that allows health centers providing family planning services to keep their doors open for clients. Up-front funding helps supply a cash-flow cushion for providers who are often operating on tight and uncertain budgets.[14]

In addition, federal regulations require that “[e]ach project supported under [Title X] must…[n]ot provide abortion as a method of family planning,” but also “must”:

(i) Offer pregnant women the opportunity to be provided information and counseling regarding each of the following options:

(A) Prenatal care and delivery;

(B) Infant care, foster care, or adoption; and

Planned Parenthood affiliates therefore must offer every pregnant woman they serve under a Title X grant the opportunity to receive information about abortion. If any pregnant woman requests an abortion referral, the affiliate must provide such a referral, thereby using tax dollars to help grow or sustain the abortion industry.

Redirect Funding for Planned Parenthood to Other Health Care Centers

To ensure that taxpayers are not forced to subsidize America’s number one abortion provider, Congress should make Planned Parenthood affiliates ineligible to receive either Medicaid reimbursements or Title X grants if they continue to perform abortions. Taxpayer money from these programs should instead be redirected to the more than 9,000 federally qualified health center sites throughout the country that provide comprehensive primary health care for those in need without entanglement in abortion.

*About the authors:
Jamie Bryan Hall is a Senior Policy Analyst in the Center for Data Analysis, of the Institute for Economic Freedom and Opportunity, at The Heritage Foundation. Roger T. Severino is Director of the DeVos Center for Religion and Civil Society, in the Institute for Family, Community, and Opportunity, at The Heritage Foundation.

[7] Author calculation based on dividing the total number of “abortion procedures,” 327,653, by the number of “patients,” 2.7 million, reported by Planned Parenthood Federation of America in its latest annual report. Ibid. This calculation does not take into account the possibility of some women having had more than one abortion at Planned Parenthood clinics in the same reporting year; the Guttmacher Institute, however, reports that the “average, or mean, time span between abortions reported on the 2002 NSFG [National Survey of Family Growth] was 44 months.” Guttmacher Institute, “Repeat Abortion in the United States,” November 2006, https://www.guttmacher.org/pubs/2006/11/21/or29.pdf (accessed September 24, 2015).