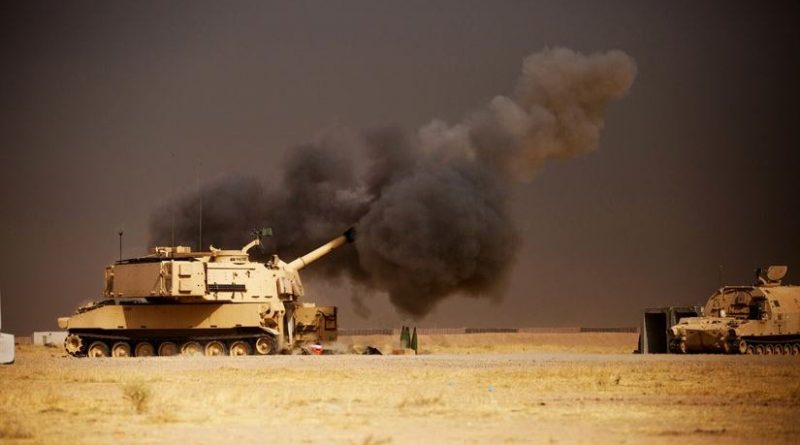 The loss of Mosul will be a huge setback for the self-proclaimed Islamic State group, posing it an existential threat. However, confusing the loss of territory with the defeat of IS will be premature and over-simplistic.

In the last few months, the self-styled Islamic State (IS) group has suffered significant territorial losses in Iraq and Syria. Most recently, the Turkish forces retook the Syrian town of Dabiq from IS—the name of its flagship monthly English language magazine. Similarly, in Iraq after retaking the Sunni-majority Anbar province from IS in July, the Iraqi forces have launched the much-touted operation in Mosul. Currently, Mosul is the last stronghold of IS in Iraq, its strategic cities in Syria, Aleppo and Raqqa are also being targeted. IS is in retreat as the anti-IS forces expand the offensive to cross over into Aleppo.

In the context of the anti-IS operation in Mosul and Aleppo, three important questions beg answers. First, will the loss of territory in Mosul and similar territorial setbacks in Syria defeat the IS? Second, what is the military strategy that will be adopted by the anti-IS coalition—comprising of the Iraqi military and police, Shia militias known as the Popular Mobilisation Units (PMU), the US advisers and the Kurdish Peshmergas? Will it be counter-terrorism (CT) or counter-insurgency (COIN)? Third, if IS implodes, has the international community deliberated and worked out the strategy to deal with the aftermath of such a development?

Will Loss of Territory Defeat IS?

The fall of Mosul to the anti-IS coalition which outnumbers the 3,000-4,000 IS fighters by 25,000-30,000 is a foregone conclusion. However, the manner in which Mosul is taken and treated post-operation is as important as retaking it from the IS in the first place.

Certainly, the loss of territory will compel IS to beat a tactical retreat. It would be a huge propaganda setback to its slogan of Baqiya Wa Tamaddad (ever remaining and expanding) and may trigger defections and undermine the appeal of the so-called caliphate. However, this is not the first time that the group—then known as Islamic State in Iraq—is facing such a situation.

In 2006, when its then leader Abu Musaab Al-Zarqawi was killed, it suffered huge setbacks. The group went underground and re-emerged in 2010 by defeating the Sahwa Movement, the Sunni tribal uprisings against the group. The latter exploited the Arab Spring in 2011, and expanded into Syria to eventually become IS in June 2014.

Therefore, conflating the loss of territory with the defeat of IS will be premature and over-simplistic. IS knows the art of reinventing itself and coming back from most challenging situations.

There are four core components of the IS structure. First, the top leadership of the terror group, which is alive but on the run. Second, IS control over vast swathes of territory in Iraq and Syria. Third, the global appeal of IS ideology with the so-called caliphate as an integral element of its creed. IS has outshone Al Qaeda to emerge as the leading jihadi movement and trendsetter of global jihadism. The attraction of IS’ jihadist brand among its supporters, sympathizers, and fighters is still very strong.

Finally, the narrative of Sunniyah Mazloomiyah (Sunni victimhood) i.e. the continued alienation of the Iraqi and Syrian Sunni populations against their Shia regimes which provides IS with the pretext to exploit the situation in its favour. In July when the Shia PMUs retook Anbar—a Sunni majority area of Iraq—from IS they unleashed massive atrocities against the local Sunni population. Such reckless acts of brutality not only alienated the Sunnis but it also strengthened IS’ extremist narrative that the terror group was the sole protector of the Syrian and Iraqi Sunnis political and socio-economic rights.

Will Iraqi Forces Use CT or COIN in Mosul?

From the strategy point of view, it is important to consider what strategy the anti-IS coalition will use in Mosul: CT or COIN? Notwithstanding several similarities, the two strategies are qualitatively different in their focus, approach, and execution. CT is enemy-centric and relies on timely and accurate intelligence inputs. If the intelligence is weak or poor then the coalition forces will be chasing shadows of the enemy among the local population. Rather than fighting pitched battles with the coalition forces, the IS fighters will melt away in the population making their detection quite difficult.

On the contrary, COIN is population-centric and aims to win the hearts and minds of the local population. Does the coalition have enough resources, patience, and political will to engage the population? Post-Mosul operation, it will require reconstruction of infrastructure, restoration of normalcy and redressing local population’s grievances.

The US and its Western allies are also toying with the naïve idea of leaving some territory for IS to survive so the jihadists under its banner are not dispersed in different parts of the world. The purpose is to encourage or induce jihadist infighting so that they will kill or weaken each other. The idea is self-defeating and a recipe for more disaster: a wounded and cornered jihadist tiger is more dangerous than a living one.

Presently, IS has up to 30,000 foreign fighters in its ranks from Europe, Central Asia, Africa, South Asia, Middle East, and Caucus. If IS implodes, will these jihadists go back to their home countries or relocate to the neighbouring countries of Iraq and Syria? Will they join forces with the local militants to strengthen IS wilayats and enclaves, mount terrorist attacks and keep IS flag flying? IS has affiliates in Egypt’s Sinai area, Libya, Algeria and in Nigeria. IS also has small territorial presence in eastern Afghanistan’s Nangarhar province and in the southern Philippines Mindanao area. So, its options are wide open.

IS and other jihadist groups which currently operate in Iraq and Syria are the by-products of civil- wars, proxy-battles, misgovernance and the Sunni-Shia sectarian fault-lines. There are three levels to consider: As long as the US and Russia, internationally; Saudi Arabia, Turkey and Iran, regionally; the Iraqi and Syrian regimes and the local Sunni populations and the various rebel groups and their backers, locally; as long as they do not sort out the geo-political, geo-sectarian and political differences, IS will find enough vacuum to regrow and remerge from the ashes like a phoenix.

*Abdul Basit is an Associate Research Fellow (ARF) at the International Centre for Political Violence and Terrorism Research (ICPVTR) of the S. Rajaratnam School of International Studies (RSIS), Singapore.