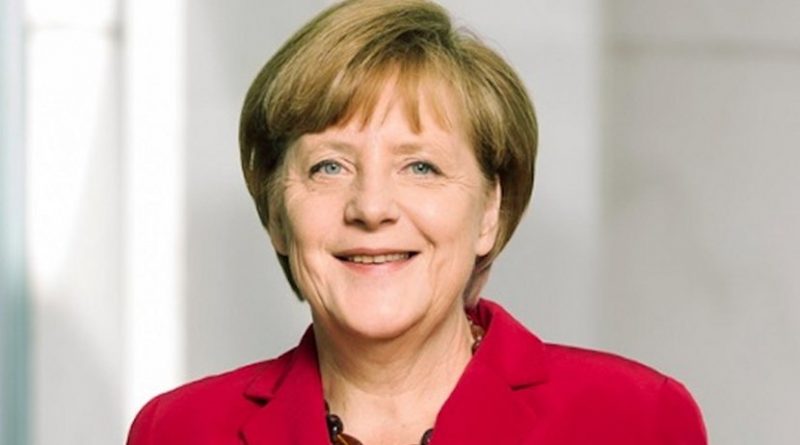 The grand old dame of European politics, German Chancellor Angela Merkel, announced on Monday that she would step down from chairing her party, the Christian Democratic Union (CDU), in December and would also relinquish the chancellorship and all other political activities in 2021, when Germany heads to the polls again to elect the Bundestag (lower house of the German Parliament).

This came in the aftermath of disastrous election results, first in 2017 for the Bundestag, where the CDU and its Bavarian Christian Social Union (CSU) partner only achieved 33 percent of the vote. This was followed by losses of more than 10 percent in the recent local elections in Bavaria and Hesse. The latest national polls give the CDU/CSU only 24 percent.
During the first four decades of the Federal Republic of Germany, the two “people’s” parties, the CDU and the Social Democratic Party (SPD) could expect results in the 30 to 40 percentiles (the SPD fared even worse in the latest elections). While it is true that promoting the “Energiewende” after Fukushima and indiscriminately opening the borders to refugees in 2015 lost Merkel support amongst core CDU voters, the recent election results can only in part be blamed on the direction and the leadership of the party. They are also the result of the last two-and-a-half decades, which have brought about monumental change in the party landscape.

In the 1980s/90s, the Greens entered German politics and they brought the environmental agenda to the table. In 1998, they made it into government for the first time in coalition with the SPD. Over time, the agenda of Alliance 90/The Greens, as the party is now called, became more mainstream and appealed to many of the people who traditionally voted CDU.

German reunification, meanwhile, saw the emergence of The Left, which has its roots in the communist party of the former German Democratic Republic and consistently lures voters away from the more moderate SPD.

The far-right Alternative for Germany (AfD) was founded in 2013 and has since been able to crack the 5 percent threshold required to get into the federal and all the state parliaments in Germany. It owes its boost in popularity to Merkel opening the borders to all refugees in the autumn of 2015.

This huge shift in the German party landscape undermined the presumption that the two big parties — the CDU/CSU and SPD — would always be the senior partners. The woes of finding a coalition to govern last winter showed just how difficult things have become in Germany.

Critics accused Merkel of not having a clear policy agenda/ideology and instead ruling by incremental steps. They also accuse her of having moved the party too far to the left, away from its conservative (Catholic), pro-business values. One thing is certain: She was and is a brilliant tactician and she always managed to get her way in leadership struggles, as well as policy issues. She managed to keep the CDU in power at the expense of the liberal Free Democratic Party (FDP) in 2013 and again more or less at the expense of the SPD in 2017. Last winter, her staying power proved to be an obstacle to forming a government because too many politicians and parties had suffered tactical defeats under Merkel.

When the CDU suffered its third defeat in short order in Hesse, the knives were out for Merkel, as they also are for Andrea Nahles in the SPD and Horst Seehofer in the CSU.

Merkel’s announcement came as a surprise to many. It may have been the only pragmatic thing to do in order to avoid an unproductive and bloody schism in both party and government. The question is, how will this influence her standing on the international stage, especially in Europe, where Brexit and the Italian economic woes demand leadership? She may be somewhat weakened, but she still carries weight and her tactical abilities should not be underestimated. Emmanuel Macron might be able to fill the void, but he faces his own domestic challenges. Merkel’s consensus-oriented leadership style, her policy of incremental steps and her sheer tactical abilities will be hard to beat for the time being.

On the domestic front, many ask how long she can remain as chancellor without holding the party chairmanship. That will depend on two things: Who succeeds her in the party and whether substituting the chancellor would trigger new elections. As long as the coalition is willing to play ball, there is no constitutional imperative necessitating an election when substituting a chancellor. The constitutional construct is one thing; the political realities in the Bundestag may well be another.

This is why it is worth looking at potential successors for Merkel. Three politicians have thrown their hat into the ring so far. One is Annegret Kramp-Karrenbauer, who is the CDU’s Secretary General and was Merkel’s pick for the position. She will now need to differentiate her political agenda from Merkel’s to stand a chance of becoming chairman. Merkel’s position as chancellor would be relatively safe in that constellation.

The other two candidates are markedly to the right of Merkel and she might find governing challenging if they hold the highest position in the party. One is Jens Spahn, the minister of health. He is concerned by how many votes the CDU has lost to the “populist movements” — the AfD to the right and Alliance 90/The Greens to the left. In an article in Frankfurter Allgemeine Zeitung, he called immigration the “elephant in the room.” He leaves no doubt that he would steer the CDU back to more traditional right-wing, pro-business values and a much more restrictive immigration policy. With his 38 years, he is the only candidate of a younger generation. The other two are in their late 50s and early 60s.

The other candidate is Friedrich Merz, an old nemesis of Merkel. In 2002, his leadership bid lost out to hers and he left politics in 2009. Since then, the lawyer has been active in business. He is, for instance, the chairman of BlackRock in Germany. Merz is clearly pro-business and wants to revert to the old conservative values of the CDU. The optics of his 20-minute press conference on Wednesday were amusing: A tall 62-year-old gentleman, flanked by other tall middle-aged gentlemen, vowed that he wanted to encourage more young people and women to play an active role in the party.