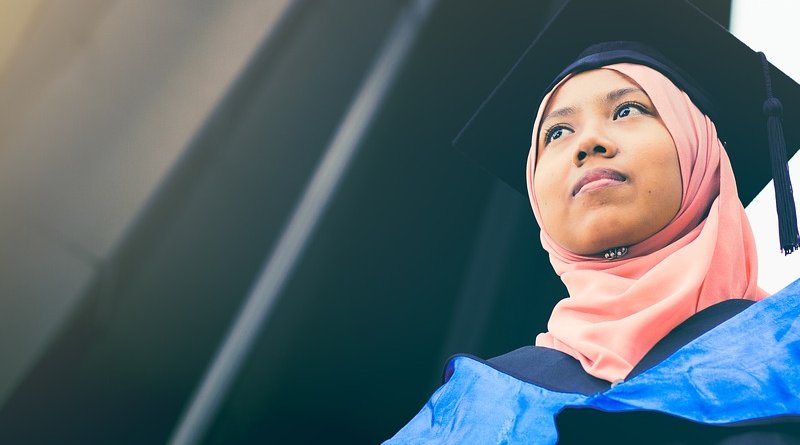 Universiti Putra Malaysia (UPM) board chairperson Syed Razlan Syed Putra Jamalulullail was abruptly sacked in July by Malaysia’s Education Minister Maszlee Malik, last July, only eight months into a three-year appointment, putting an end to his probe into what appeared to be a highly irregular development contract.

Syed Razlan, was requested by the governance division of the Higher Education Department to investigate the contract, had placed the university’s registrar and legal adviser on leave and blocked access to their office over the university’s commitment to a RM1 billion (US$239.4 million) development project called Putra Medical City.

The former vice chancellor Mohd Fauzi Ramlan signed the contract with Freestyle Development Bhd., back in 2014, allegedly without approval of the university board of directors. The project with Freestyle was for the construction of a hospital, commercial centre, and hotel on 36 Hectares of prime UPM land. The agreement gave the right for Freestyle to manage Putra Medical City, renting UPM land at RM0.80 per square foot a year for a period of 30 years.

Syed Rzlan wanted the project to continue as it would cost the university around RM60 million to cancel in damages to Freestyle Development. Syed Razlan wanted the Ministry of Education to make any final decision on continuation or cancellation of the project, as he didn’t want the current board of directors to take any blame for losses should the project be cancelled.

Just before Syed Razlan was appointed chairman, the UPM disciplinary committee chaired by the Director General of Higher Education took disciplinary action against former vice chancellor Mohd Fauzi Ramlan over an unrelated matter to the Putra Medical City project. Fauzi then lodged a complaint to the Ministry of Education Governance Division and Malaysian Anti-Corruption Commission (MACC) for alleged mismanagement and corruption by the current top management. This is when staff at UPM made complaints against Syed Razlan for intervening in the management of UPM, and his abrupt termination of his position as chairman of the UPM board of directors.

The decision was met with protest from UPM Alumini President Raihan Sharif, claiming the minister had been ill-advised. Raihan went on to charge a conspiracy to protect those involved in misconduct at the university. Terminating Syed Razlan’s appointment in the middle of his internal investigation, Raihan said, appears to confirm the possibility of a coverup.

Maszlee’s refusal to state the reasons for Syed Razlan’s dismissal, critics say, signals an attitude that ministry actions are beyond public scrutiny.  The abrupt dismissal, midway through an internal corruption investigation, has also raised questions over the education minister’s commitment to transparency and the eradication of corruption within the education system and spurred other questions whether he himself is part of a coverup.

The 44-year-old Maszlee, a lecturer at the International Islamic University Malaysia, joined Prime Minister Mahathir Mohamad’s Parti Pribumi Bersatu Malaysia shortly before the campaign for the 2018 general election began in earnest. He is said to have been picked by Mahathir to reform and modernize Malaysia’s higher education system, which is beset with a long list of problems including an over-emphasis on the Islamization of education, as Asia Sentinel reported on September 9.  Maszlee’s Islamic credentials make it uncertain if he has the commitment to the kind of reforms the education system needs.

Syed Razlan was described as disappointed with the minister, who cut his term of office as chairperson without the courtesy of discussing the matter, believing the manner of dismissal created the perception that he himself was involved in wrongdoing.

Syed Razlan himself is a former lecturer at UPM, formerly known as Malaysia’s University of agriculture and recognized as one of the country’s leading research universities. He came to public attention in the battle for the Federal Parliamentary seat of Arau in his home state of Perlis in the 2004 general election against PAS stalwart Haron Din.

With Syed Razlan’s background in agriculture, sense of innovation, and wide network of contacts, he was a possible candidate as federal agriculture minister although observers say he lost out to political maneuvering. He was later considered as a candidate to become the Perlis chief minister but that was blocked by his brother, Tuanku Syed Sirajuddin, the Raja of Perlis and one of Malaysia’s nine sultans, who forbid him to consider the position to avoid any controversy. Syed Razlan left politics at the 2013 election to pursue business interests.

The ministry of education is said to have been frustrated with members of royal families holding positions within universities as chancellors. Maszlee’s termination of Syed Razlan’s appointment is regarded by critics as a message that reappointments of royal household members as chancellors may not be automatic, as it has been in the past.

Ghauth Jasmon. Founder and president of Multimedia University and former vice chancellor of Universiti Malaya, was appointed to take over the chairmanship after Syed Razlan’s ouster. Ghauth  has long been closely connected with top bureaucrats within the ministry including  Siti Hamisah Tapsir, the director general of the Higher Education Department and a strong supporter of the conservative Malay apparatchiks within the ministry. Her department had made the request to Syed Razlan to investigate. The Ghauth move strengthens her position somewhat as a close ally.

Last year Maszlee sacked chairpersons of a number of university boards who were considered political appointees. These universities included UPM, Universiti Malaysia Sabah, Universiti Tun Hussein Onn, Universiti Zainal Abidin, and University Sains Malaysia. This didn’t go without criticism from the Joint Councils of Presidents and Honorary Secretaries of the Malaysian Universities Staff Union (GAKUM) at the time, claiming that’s those sacked were not involved in any political activities.

One of the chairpersons that Maszlee sacked on the basis he was a political appointee, Kamaruddin Hussin was personally reappointed as the chairman of the Universiti Malaysia Perlis board of Directors a few months later by Maszlee, and then abruptly sacked seven months into his three year appointment. This points to a question about whether Maszlee is working towards a clearly defined strategy, has political goals, covering up, or just making decisions on whim by his flipflops in appointments. Maszlee’s lack of statements clarifying his decisions is inviting speculation.

Maszlee promised much more university autonomy, especially in regards to university boards. With Maszlee’s backflips in appointments and terminations university boards seem to be just as much politicised as before. Politics and gamesmanship by the ministry towards the makeup and composition of these boards does not go well when there are many serious issues for these boards to contend with.

The Malaysian Auditor General report shows that there is much to be desired in university procurement management, supply management, construction project management, and asset management. There are numerous cases of mismanagement and corruption that haven’t become public knowledge that require attention rather than cover up, if the education sector is to be reformed.

Three months down the track since Syed Razlan’s dismissal, there has been no announcement about the future of Putra Medical City by either the ministry or university authorities.