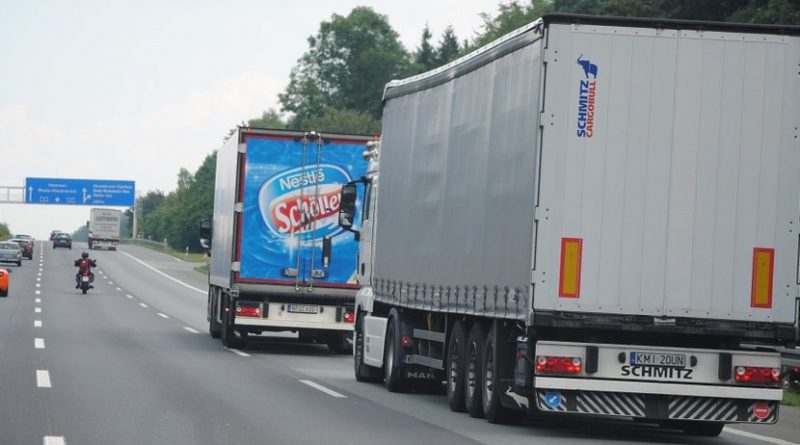 A partial transition of German road transport to hydrogen energy is among the possibilities being discussed to help meet national climate targets. A team of researchers from the Institute for Advanced Sustainability Studies (IASS) has examined the hypothetical transition to a hydrogen-powered transport sector through several scenarios. Their conclusion: A shift towards hydrogen-powered mobility could significantly reduce greenhouse gas emissions and greatly improve air quality – in particular, heavy duty vehicles represent a low-hanging fruit for decarbonization of German road transport.

Accordingly, heavy duty vehicles (which here include not only trucks but also commercial vehicles and buses) equipped with (green) hydrogen fuel cells are a possibility worth considering on the path to road transport decarbonization.

Road transport is a major source of emissions

Transport is one of the most emission-intensive sectors for both climate and air pollutants. In 2017, for example, Germany’s transport sector accounted for 18.4 percent of CO2eq emissions; 96 percent of which derived from road traffic.

While Germany has successfully decreased its emissions considerably in most areas of the economy since 1990, little progress has been made in the transport sector, which is in large part responsible for Germany’s failure to meet its target of a (lasting) 40 percent reduction in greenhouse gas emissions by 2020 compared to 1990 levels.

Due to extraordinary circumstances, including the countermeasures adopted to contain the Covid-19 pandemic, Germany is now set to meet its original 2020 emissions reduction target. However, this reduction is not expected to be lasting, with emissions from the transport sector almost returning to their original levels in mid-June 2020.

The overall emissions impact depends on the method of hydrogen production: According to the analysis, emissions change between -179 and +95 MtCO2eq annually from a hypothetical full transition to hydrogen vehicular traffic, with the greatest emissions reduction afforded by green hydrogen production (i.e., zero-carbon hydrogen based on renewable-powered water electrolysis), while the greatest emissions increase results from electrolysis using the fossil fuel-intense current electricity mix. Hence green hydrogen in particular could contribute significantly towards achieving Germany’s future greenhouse gas emissions reduction targets.

The green hydrogen scenario also promises to deliver the largest reduction in air pollutants – up to 42 percent for NMVOCs, NOx and CO – compared to emissions from the German energy sector for the current conditions. However, producing hydrogen with the current (fossil fuel-intense) electricity mix would result in an increase or minimal effect (i.e., no benefit) in emissions of some pollutants.

Transitioning only heavy duty vehicles to green hydrogen would already deliver a large reduction in emissions (-57 MtCO2eq). “According to our calculations, if only the HDV vehicle segment were to undergo this transition, then we would already get nearly a third of the total possible reduction, with only one third of total hydrogen demand that would be needed to fuel the entire vehicle fleet – a clear low-hanging fruit”, says scientist Weger. In conclusion, the team of authors argue that commercial and large vehicles powered by hydrogen could make a rapid and substantial contribution to Germany’s overall reduction in emissions.

Hydrogen is a non-toxic, colourless, and odourless gas. It has been safely produced for decades and is used in industry and space research. Hydrogen has the highest energy density by mass among conventional fuels (although not by volume at standard atmospheric pressures) and, crucially, hydrogen refuelling infrastructure is comparable to that used for conventional road fuels.

In addition, hydrogen can be produced from a wide range of energy forms, including renewable electricity. It can be easily stored, compressed or liquefied either in pure form, mixed with natural gas, or bound with larger molecules. Hydrogen is easily transported by pipeline, truck, or ship. It can be safely used to fuel vehicles and is in many respects even safer than petrol and diesel.