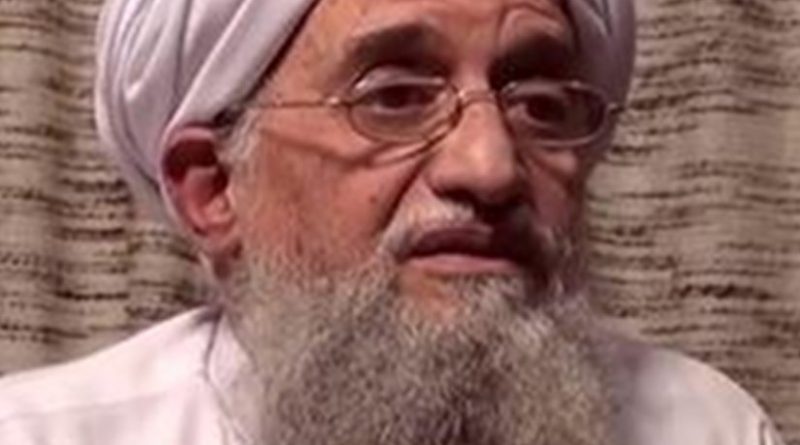 Overall, Al Qaeda leaders’ statements from the mid-1990s through the present suggest that they see themselves and their followers as the armed vanguard of an international Islamist movement.

Al Qaeda and many of its affiliates state a commitment to ending non-Muslim “interference” in the affairs of Muslims and to recasting predominantly Muslim societies according to narrow interpretations of Sunni Islam and related Islamic law. Statements from some Al Qaeda leaders advocate for a phased struggle, in which the initial goal is the expulsion of U.S. and foreign military forces from “Islamic lands” and proximate goals include the overthrow of “corrupt” regional leaders and the creation of governments that rule solely according sharia (Islamic law).

Some Al Qaeda leaders also promote military confrontation with Israel and conflict with Shiite Muslims. In pursuit of these goals, leaders of Al Qaeda and its regional affiliates frequently make appeals for support based on a wide range of political positions and, at times, attempt to harness nationalist sentiment or manipulate local grievances to generate support for their agenda.

Although Osama Bin Laden’s self-professed goal has been to “move, incite, and mobilize the [Islamic] nation”88 until it reaches a revolutionary “ignition point,”89 Al Qaeda leaders’ statements and Al Qaeda’s attacks to date appear largely to have failed to mobilize widespread support among Muslims.

While global public opinion polling and media monitoring indicate that dissatisfaction with U.S. foreign policy has grown significantly in some predominantly Muslim societies, the sectarian rhetoric of some Al Qaeda affiliates and the persistence of Al Qaeda inspired terrorist attacks that kill and maim Sunni and Shiite Muslim civilians have undermined Al Qaeda’s appeal among some groups. Some experts also argue that the uncompromising, antidemocratic tone of many of the public statements released by Bin Laden, Al Zawahiri, and their regional supporters may be alienating Muslims who support the concept of secular or religious representative government.

Analysis of the statements issued by Al Qaeda leaders and affiliates since the mid-1990s suggests that these groups and individuals believe that characterizing their actions as religiously sanctioned, defensive reactions to external threats will increase tolerance of and support for their broader ideological program.

Al Qaeda and its regional affiliates also appear to believe that the identification of limited political objectives and the suggestion that the fulfillment of those objectives will resolve their grievances may generate broader appeal than the group’s underlying religious agenda.

Nevertheless, the practical political and operational realities facing many Al Qaeda affiliates have often led these groups to take actions that have undermined their efforts to portray themselves as defenders of Muslims with limited objectives. For example:

* In December 2004, Bin Laden identified the conflict in Iraq as “a golden and unique opportunity” for jihadists to engage and defeat the United States, and he characterized the insurgency in Iraq as the central battle in a “Third World War, which the Crusader-Zionist coalition began against the Islamic nation.”90

* Nevertheless, several strategic choices made by Al Qaeda’s affiliates in Iraq undermined their support among key groups, specifically their decisions to stoke sectarian conflict, to rigidly enforce religious doctrine in some areas, and to target the leaders and citizens of some Sunni Muslim communities. Each of these decisions contributed to the significant attrition the group has suffered from 2007 onward at the hands of Iraqi security forces, the government’s Sunni allies among the Awakening and Sons of Iraq movements, and the United States military.

* Similarly, affiliates of Al Qaeda in Saudi Arabia initially oriented their attacks against foreign interests in the kingdom during their 2003-2007 campaign, in line with Al Qaeda leaders’ rhetoric that had long targeted the U.S. military presence and other outside influences. Saudi security officials believe that once local Al Qaeda affiliates shifted the focus of their attacks away from foreign targets and onto local security forces, Al Qaeda created an opportunity for the government to directly engage and eliminate the group. In addition to carrying out more robust security operations, the government launched a campaign that used nationalist sentiment to undermine popular support for the group by highlighting Al Qaeda attacks against security officers.

* Since 2006, Al Shabaab fighters in Somalia who affiliate themselves with Al Qaeda have rallied support from some Somalis opposed to external intervention in Somalia and the Transitional Federal Government (TFG). However, Al Shabaab threats against the United Nations World Food Program have shut down humanitarian aid delivery, which has the potential to jeopardize the survival of many Somalis by exacerbating the food insecurity in the country.

* In Southeast Asia, the Jemaah Islamiyah (JI) network’s 2002 bomb attack in Bali, Indonesia that killed over 200 people led the Indonesian government to reverse course and undertake a concerted effort to track, arrest, and kill JI leaders, as well as to increase anti-terrorist cooperation with the United States and Australia. The ensuing crackdown in Indonesia and other countries appears to have degraded JI’s capabilities, particularly its more militant factions, which were most closely associated with Al Qaeda. Since the mid-2000s, JI appears to be taking direction from more “bureaucratic” elements that oppose the militants’ violent tactics, at least in the short term.

Many observers argue that the success or failure of U.S. and allied counterterrorism efforts are tied to decisions made by regional governments and publics about the relative importance of combating Al Qaeda operatives, affiliates, and ideologues within their own societies.

Recent events suggest that U.S. and allied counterterrorism policies can be successful when they capitalize on Al Qaeda actions and messages that alienate current or potential supporters.

Similarly, recent events also suggest that Al Qaeda members seek to capitalize on U.S. and allied policies that hurt or are unpopular among target local audiences. These complex dynamics and calculations are likely to continue to challenge international decision makers and require unique approaches in each of the regional contexts described above.

Counterterrorism approaches that work in one theater or political context may prove counterproductive when applied elsewhere.