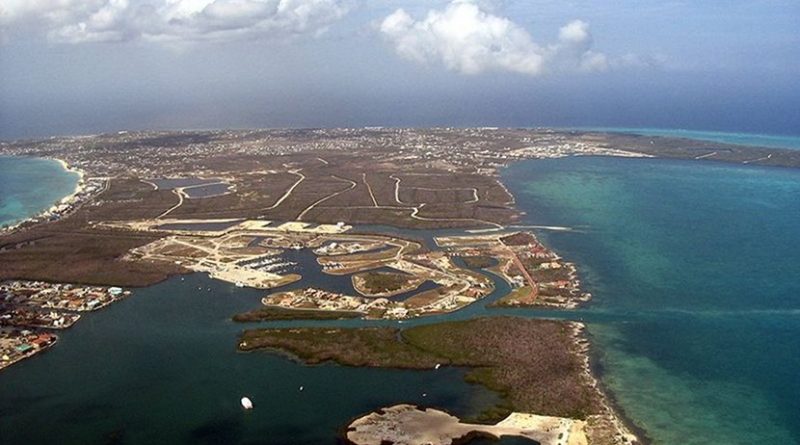 Ever since the release of Ayn Rand’s Atlas Shrugged, people have been searching for a real-life Galt’s Gulch—a place with little to no taxation, little regulation, and a blossoming entrepreneurial spirit. Galt’s Gulch exists, but it’s not located in the mountains as Rand’s was. No, it’s in the Caribbean and it goes by the name Cayman Enterprise City.

Before discussing exactly what makes the Cayman Islands Galt’s Gulch, it’s important to understand how it is governed and what incentives drove it to become so free. Although the Cayman Islands are considered a British Overseas Territory, they still retain a high degree of political autonomy. They’re simply too distant from the UK for the British crown to rule it effectively. However, the British Crown still holds significant sway over the Cayman Islands government. The Governor of the Islands is appointed directly by the British Crown and serves as long or short a term as the Crown desires. The Governor must approve all legislation passed by the Cayman Parliament as well as appoint the Premier, who is the leader of Parliament. The Parliament is directly elected, and the Parliament in turn appoints the Governor’s Cabinet which is responsible for managing the day-to-day operations of governance.

However, it is not this governance structure alone which has created the Cayman’s liberty and success. No, the incentives created by competitive governance have done that.

There are roughly 32 countries in the Caribbean (give or take a few, depending on what counts as a country). Most of these countries are in close geographic proximity to one another and have little land mass. These facts combine to mean two important things: these jurisdictions are heavily reliant upon trade and imports for economic well-being, and it is relatively easy for citizens of any given country to change jurisdictions to any nearby jurisdiction with a short boat ride. These two facts create pressure on Caribbean governments to create governance institutions amenable to trade along with governance institutions which will attract, rather than drive away, residents. After all, with no natural resources and little land, the only axis upon which these Caribbean jurisdictions can compete is governance. These competitive pressures should drive these Caribbean jurisdictions toward liberty and away from tyranny as they compete to attract new residents.

At least, it would if the governments of these jurisdictions operated like a for-profit corporation rather than a public government. The final and most important incentive which, combined with the previous two, creates competitive governance is the profit motive: so long as governance providers profits are directly derived from the well-being and prosperity of the people and businesses in its jurisdiction, then the market forces of competitive governance will drive governance toward liberty, protection of property rights, and rule of law and away from the corruption and tyranny seen elsewhere in Latin America and the Caribbean.

Although this third and final incentive is not directly fulfilled, it is still indirectly present among many of the territories in the Caribbean. This is a result of the fact that many of the territories (and notably the most economically free ones) are British Overseas Territories governed by the British Crown. This gives the governor of the territories a far lower time preference than a democratically elected representative with a short term of rule would have. This low time preference combined with the reliance on trade is enough to create competitive governance incentives in the Caribbean even without the important direct profit motive.

These incentives explain why a vast majority of the world’s “tax havens” are in the Caribbean, and that the best tax havens (or worst from the state’s point of view) are all Overseas British Territories within the Caribbean.

This may leave one wondering, “How in the world does the Cayman Islands government operate with no taxes for revenue?” There are, unfortunately, still some coercive revenue generation streams in the Cayman Islands. The largest is the 22% import duty, as well as annual work permit fees, company registration fees, stamp duty on land transfers, trade certificates, vehicle licensing fees, and passport fees. Although they are still coercive, a number of these fees such as the registration fees could be seen as simply fee-for-service, with the “service” being provided in this case being rule of law and provision of public goods while operating inside the Cayman Islands. This argument could be strengthened if individuals moving into the Caymans explicitly consented via signing a residency contract. In lieu of such explicit consent, though, fee-for-service is still marginally better than outright theft via direct taxation.

As if this wonderful tax environment weren’t already enough, in 2011 the Cayman Islands enacted a Special Economic Zone law which facilitated the creation of the Cayman Enterprise City. This is the true Galt’s Gulch. Not only does it have none of the taxes listed above, but firms which incorporate there are also exempted from the few fees the Cayman government does charge. Thus, firms in the CEC are also exempted from:

This means firms in the zone have literally zero tax liability, period. This comes hand-in-hand with a streamlined, transparent, and light regulatory framework in the zone. This aggressively competitive governance structure has borne fruit, too: the Cayman Islands have the highest GDP per capita of any Caribbean nation and the 21st highest GDP per capita in the world-barely behind the United States.

The incentives created by decentralized, small, and competitive governance jurisdictions have already resulted in the creation of a modern-day Galt’s Gulch. It just happens to be a tropical paradise rather than a mountaintop hideaway.

About the author:
*Trey Goff is a recent graduate of Mississippi State University, where he obtained a bachelor’s degree in Economics and Political Science. He is an Alumni of the Charles Koch Institute’s Summer Fellows program, and has been published at the Foundation for Economic Education. Trey was heavily involved in the student liberty movement throughout college, and is now a leading voice in the free societies movement. Trey is currently actively involved in a variety of ongoing free society projects.

Home » How To Build A Better Tax Haven – OpEd