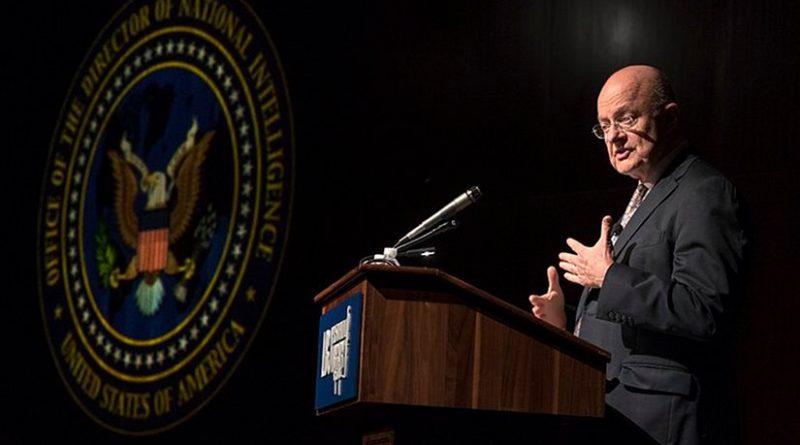 (RFE/RL) — Russia succeeded in sowing political discord in the United States by interfering in the 2016 presidential election, which will likely prompt Moscow to try it again, two former top U.S. intelligence figures said on May 2.

Former Director of National Intelligence James Clapper and former House Intelligence Committee Chairman Mike Rogers agreed during a Harvard University panel discussion that Russia likely has concluded it achieved its goals and could attempt to repeat its success in elections in France and Germany this year.

“Their purpose was to sow discontent and mistrust in our elections. They wanted us to be at each others’ throats when it was over,” Rogers said at the event in Cambridge, Massachusetts. “It’s influencing, I would say, legislative process today. That’s wildly successful.”

Several U.S. committees of Congress have been investigating the matter since U.S. intelligence agencies in January concluded that Russian President Vladimir Putin had ordered hacking of Democratic political groups to sway the election toward Republican Donald Trump.

Moscow has denied any such meddling and Trump has dismissed intelligence pointing to Russian involvement.

Clapper said that Russia had long sought to influence U.S. voter behavior but discovered it could be far more effective at a lower cost by using social media like Facebook to spread misinformation.

“This is the most assertive, most aggressive, and most directly impactful of any engagement that they have had in our elections,” said Clapper, who was the top intelligence official in the Obama administration.

“In my view, the evidence for it was overwhelming” and “irrefutable,” he said. “They have to regard what they did as a huge success. They’ve been doing it in France and they’ll do it in Germany.”

Russia has also denied attempting to influence France’s presidential election, where a runoff vote is scheduled on May 7.

Rogers said he did not believe that Russia had specifically attempted to boost Trump’s chances of victory, contradicting a claim by Democratic candidate Hillary Clinton earlier on May 2 that Russian leaks of Democratic e-mails helped sway the election towards Trump in the final 10 days of the campaign.

Rogers pointed out that public polls before the electon consistently showed Clinton winning.

“They saw the same polls that we did,” Rogers said. “Some notion that the Russians knew that Trump had an opportunity to win this thing more than U.S. public pollsters thought, I find ridiculous.”

Clapper is set to testify at a Senate Judiciary Committee hearing on the matter next week along with former acting Attorney General Sally Yates, who was fired by Trump during his first days in office for refusing to enforce his travel restrictions on immigrants.

The Associated Press reported on May 2 that Yates will tell Congress that in the early days of the administration she expressed alarm to the White House about Trump’s national security adviser’s contacts with the Russian ambassador to the United States.

In a January 26 conversation about Michael Flynn, Yates said she saw discrepancies between the White House’s public statements on his contacts with Ambassador Sergei Kislyak and what actually occurred, AP reported, citing sources close to Yates.

Yates is expected to testify that she told White House counsel Don McGahn that she was concerned that discrepancies about Flynn’s communications with Kislyak could leave the Trump aide in a compromised position.

Flynn was in frequent contact with Kislyak on the day the Obama administration slapped sanctions on Russia for hacking Democrats during the election, according to media reports, belying claims by the White House that Flynn did not discuss sanctions with Kislyak.