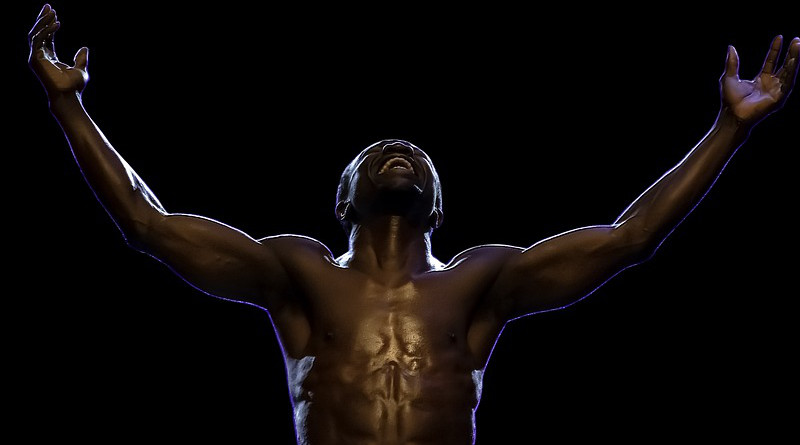 Black Americans have been underrepresented in the nation’s creative industries since the end of slavery. This column argues that the implications of that marginalization extend beyond career choices into homes and neighbourhoods, as cities with thriving arts sectors also lead in job creation, innovation, and trade. The authors recommend that financial support for black artists be pursued in a systematic way, with policies that provide emerging black artists with access not only to relevant artistic networks, but also to supply-related organisations such as gallerists and publishers.

The US is home to many of the world’s most important artists, who contribute not only to the creativity and innovative quality of American society, but also shape cultural heritage globally. Relatively few professional artists in the US are black.

Urban development emerges, in part, from being an attractive ‘consumer city’ for highly-skilled people (Glaeser 2001), and the presence of creative people, in particular of artists, may enhance this attractiveness (e.g. Florida 2002). Creative and arts sectors are seen as key ingredients for job creation, innovation, and trade, and these sectors make a valuable contribution to the achievement of sustainable development goals (UNCTAD 2018). As can be seen in Figure 1, the correlation between the density of artists and startup activity in US cities is surprisingly strong, even in the long run.1 Finally, artistic creativity is needed to produce cultural goods and services, and the advantages of having a wealthy cultural supply and a meaningful cultural heritage are vast and non-negligible, ranging from economic gains from tourism inflows to non-monetary gains arising from a common identity.

While the importance of American arts is well-known, little has been established about its background. Our recent paper (Borowiecki and Dahl 2020) fills this gap by documenting and measuring the emergence of creative arts in the US. By doing so, we disclose substantial and persistent racial inequality.

The database is obtained from the US census (IPUMS 2019) and enables us to track occupational status with a wide array of background variables, including racial indicators. The occupation variable is used to identify the following creatives: visual artists, authors, musicians, actors and actresses.

Figure 2 explores racial differences and shows that the share of whites decreases from 98% to around 80% over the period covered, and that it takes nearly a century before the first non-whites appear among artists or authors.2 Actors are somewhat less dominated by white Americans in the early 20th century, and since 1980 the proportion of whites drops more significantly. Musicians are the most racially mixed group of creatives. This may not come as a surprise if one considers genres such as jazz, blues, or funk, all invented, mastered, and performed by black Americans.

These results are confirmed in a more rigorous regression analysis that includes a wide set of socio-economic control variables, as well as census and state fixed effects. The regressions show that being black decreases the uptake of an artistic occupation by about 55%, holding everything else equal. In other words, a black American is only about half as likely to take up an artistic occupation, irrespective of all other measurable socio-economic differences across races, and the greatest underrepresentation of black Americans is observed among visual artists and authors.

Several factors are shown to be driving these results, including family income, which is conducive to becoming a visual artist or author. Because black families tend to be poorer, financial constraints could explain a part of this result.3 Education is another determinant that enhances the uptake of artistic occupations; also here black Americans are hit harder, as their educational opportunities are on average worse.

It should not be a policy objective to enhance an equal racial distribution across all occupations. However, given the importance of creative occupations and the large number of positive externalities associated with them, any racial discrimination has to be prevented as it hinders the full growth potential of a society. First of all, exposure to the arts among young people is very important, since art consumption is an acquired taste (Bekker and Murphy 1988). Therefore, arts programs at schools should focus on enhancing this exposure for all students, as well as on the identification and support of black talent. In order to overcome financial barriers in becoming visual artists or authors, the introduction of arts scholarships for young black students should be considered. Recent financial support for black artists is welcome (Seroto 2020), but needs to be pursued in a more systematic and consistent way. Finally, given the importance of peer effects for the quality and quantity of artistic output (Borowiecki 2013, 2015), policy should support the access of black emerging artists to relevant artistic networks as well as to supply-related organisations (gallerists, publishers, etc.). We strongly recommend the design of active policies that enhance racial equality in order to not waste artistic talent and the potential of creative activities.

Borowiecki, K J and C Møller Dahl (2020), “What makes an artist? The evolution and clustering of creative activity in the US since 1850”, (circulated under the previous title “The Origins of Creativity: The Case of the Arts in the US since 1850”), SDU Working Paper 3/2019.

1 Even if simple scatter plots are subject to biases due to unobservable factors (e.g. educational attainment), the strength of the disclosed correlation is rather striking. Causal claims cannot be made, but improved opportunities to consume cultural goods such as theater (Glaeser et al. 2001) or the presence of cultural amenities (Falck et al. 2018) are an important factor in the location decision of high-skilled workers, and are likely related to the density of artists. See also Glaeser et al. (2010) for a summary of the local causes and consequences of entrepreneurship.

2 These observations come with the shortcoming that the earliest two census editions do not include slaves, which means that the picture provided for 1850 and 1860 is incomplete. On the other side, since labor force participation of whites is lower, providing the average for all occupations other than the four artistic occupations listed here underestimates the extent of racial inequality.

3 The family income barrier does not exist in the case of musicians or actors.

Home » The Land Of Artistic Beauty And Racial Inequality: A Study Of US Since 1850 – Analysis