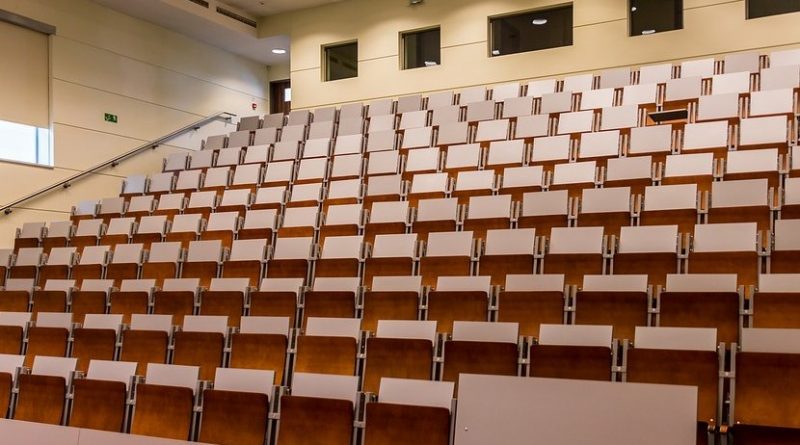 Once upon a time, universities were the places, where intellectuals, teachers and students as a community of learners used to reflect on everyday realities, learn the skills to use it in their professional life, discover the knowledge, to understand themselves and dissect the complexities of society. They also used to practise their utopian dreams in pursuit of knowledge for the greater common good. However, universities are no longer bastions of academic freedom to produce knowledge to understand the past, analyse the present and face the challenges of the future. The universities are behaving like a commodity market today.

Universities are becoming degree selling supermarkets, where teachers and students are cash cows for the university managers. The neoliberal authoritarian governments consider higher education expenditure as a burden on the state. But at the same time, the governments are treating higher education as a profit-making corporate sector.

Such contradictions are integral to capitalism as a system. The funding cuts due to austerity measures are forcing university managers to follow their political masters or the agenda of the funding bodies. The idea of independent research, teaching and learning activities are becoming anathema. The teaching, non-teaching staff members and students in the universities are treated as numbers in the excel sheets of managers. These managers are alien to the idea of research and teaching. Their managerial bluffs continue to be the rulebooks of the university management. It is like quack’s medicine. It does not heal but aggravates the crisis.

Moreover, these manages try to manage staffs and students exactly the way they manage university buildings, computers, chairs, tables and other non-living assets. All are resources to be used for accumulation of profit in their eyes. These managerial classes in alliance with ruling and non-ruling classes have destroyed the idea of universities as centers of knowledge production and dissemination for the progressive future and egalitarian growth of the society.

The managerial classes have transformed university intellectuals into lumpen herds. The culture of intellectual compliance has cultivated both fear and faith in management. The managerial pressure to pursue uniformity and conformity in the name of process driven quality assurance has ruined the diversities of knowledge production within the universities.

The idea of debates, discourses and the democratic culture of disagreements are destroyed within the process driven matrix of research rankings, teaching frameworks and learning objectives. The slogans of ’employability’, ‘business and industry partnerships’, and ‘knowledge transfer skills’ are new marketing tools of managerial gimmicks to attract students to the universities, where knowledge production is secondary to essentialist set of skills for jobs. Such managerial strategies have transformed universities and other centres of higher learning into vocational training centers. The teaching and non-teaching staff members are new slaves within universities.

Such transformations did not happen overnight. It does not reflect the success of managers, managerialism, and marketisation of universities. It shows the utter failures of intellectuals both as individuals and as a group. The puerile careerism and individualism among intellectuals have allowed managers to divide and supress intellectuals, and destroyed the collective foundations of knowledge production and dissemination within and outside universities. As a result of which universities are no longer a community of learners but a place of transaction between the sellers (teachers) and buyers (students).

The interactive culture is replaced by exchange relationships driven by market forces within university campuses. The fancy glass door buildings, smart class rooms, hi-tech libraries and airport like coffeeshops are looking good but make tired students and staffs feel like solitary car parks. The reasons are obvious that the transactional relationships are essentialist and exchange relationships are functional with limited expiry date. It does not help to form a critical mass or a meaningful bond among community of learners.

In reality, Computer Science curriculums in the universities are shaped as per the requirements of the Silicon Valley. The Wall Street and insurance companies decide the nature of Banking, Finance and Business Management Studies curriculum in the business schools. The International Relations, Politics and Security Studies are shaped by the NATO and other security formations of the state and non-state security agencies. The pharmaceutical corporations decide the nature of Chemistry and Medical Science curriculums.

The dominant nationalists, religious and reactionary forces are trying to control and rewrite the curriculums of Languages, History, Philosophy, Archaeology and Anthropology to suit their goals. There are always exceptional universities and alternative programmes of studies, and few university intellectuals try to promote critical Social Sciences, Humanities and Natural Sciences. But these alternative and critical attempts are branded as non-merit and unprofitable good for market driven university programmes.

Marx and Engels in The German Ideology, have argued that “the class which has the means of material production at its disposal, has control at the same time over the means of mental production at its disposal” (1989: 64). The material production of goods and services for use and exchange value cannot be separated from mental production of ideas. There is commonality of class interests and class relations between the manual and mental workers as they produce value together, and capitalism misappropriates it and weakens the working class by dividing it. Universities merely reflect the capitalist social order and economic processes in the larger context. The university managers behave like lumpen proletariats and the university intellectuals behave like lumpen herds betraying their own class interests.

It is within this context; university intellectuals must reclaim their role in the society, question the power that controls their labour, and find their class foundation and class location within working class politics of radical transformation of capitalist society. The future of universities, students and staff members in particular and society in general depends on the way intellectuals fight to disentangle themselves from the marketisation of universities. The independent universities and independence of intellectuals depend on emancipation of workings class masses from capitalist plunder.

Home » Intellectuals As Lumpen Herds In The Universities – OpEd