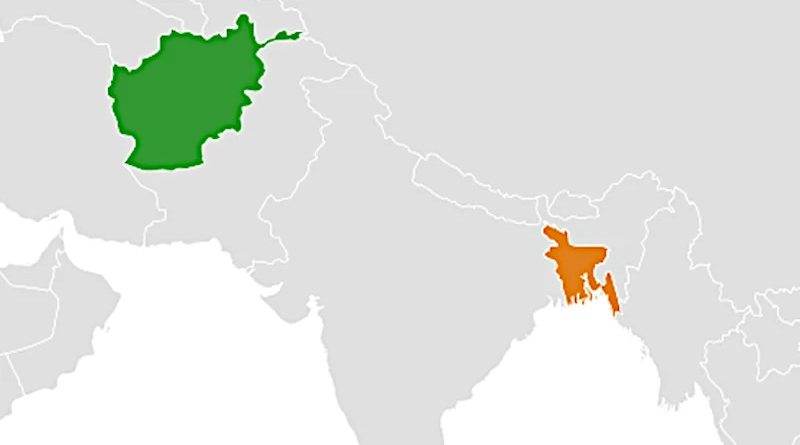 Bangladesh and Afghanistan both situated in South Asia geographically. They share a common regional platform like SAARC. There are some harmonies between Afghanistan in sphere of religion, culture.

But Afghanistan has suffered many. From the independence from Britain to Present, there had and have a lot of problems in Afghanistan for power struggle. From King Jahir Shah to Soviet invasion, installation of Taliban regime in 1996 to US invasion in Afghanistan, now US troops withdrawal from Afghanistan, the people of Afghanis has been suffering. Now time will say, what is Afghanistan going to see in near future.

Now Afghan Peace Process’ is going on after the sign of Doha Agreement. There may be some internal problems in Afghanistan between Taliban and The Afghan government in case of capturing state power. Taliban is conducting struggle to fulfill their goals. On the other hands, a civil Afghan government is also operating the country. But after the US troops post withdral, struggle for power is continuing. No one know what is the future of Afghanistan.

Bangladesh understands the situation of Afghanistan, it’s people. Bangladesh is a peace lover, democratic country in South Asia. Peace lover and rising economic star in South Asia,  Bangladesh always would like see the permanent peace in Afghanistan. Bangladesh was also a war ravaged country after the independence from Pakistan in 1971. Bangladesh had extreme poverty, unemployment, diseases, returnee refugees from India, gap of infrastructural development. Bangladesh had to struggle to overcome this. The current ruling party, Bangladesh Awami  league have huge contribution to rebuild the war torn country.

Bangladesh is friendly helpful country for anyone in the world. Bangladesh is recognized as a humanitarian state for giving shelter the Rohingyas ( Displaced people of Myanmar by it’s own government). There, Bangladesh understands the all humanitarian aspects of all issues. Afghan refugee problem is one of the problem for the region. These refugees will return Afghanistan one-day. But Afghanistan has no experience to deal with it. Bangladesh can help Afghanistan in this regard in case of refugee treatment.

Ties between Afghanistan and Bangladesh goes back before the emergence of their modern political borders sharing historical, cultural and trade relations. In 1971, the Kingdom of Afghanistan was one of the first Muslim countries to recognise the independence of Bangladesh, along with Turkey, Malaysia and Indonesia. They share similar views on international issues such as combating terrorism and increased regional co-operation. A Bangladeshi NGO, BRAC is a part of the reconstruction effort in Afghanistan particularly in microfinance and in 2007 the Afghan ambassador to Bangladesh, Ahmed Karim Nawabi had stated that Afghanistan is interested in recruiting manpower from Bangladesh.

Afghanistan is interested to recruit manpower from Bangladesh to rebuild the war-ravaged country. Bangladesh can offer assistance to tackle the COVID-19 in Afghanistan.. The performance of Bangladesh cricket players is known to all of people in the world. Bangladesh can contribute to promote the development in case of Afghanistan cricket team.

Bangladesh can certainly send manpower to Afghanistan, which will be win-win deal for both the countries. Bangladesh wants to help Afghanistan achieve socio-economic growth and will be happy to help the country. BRAC is working in various areas including microfinance.

Afghanistan can import high quality goods like tea, pharmaceutical items, ceramics, plastic items and leather products from Bangladesh. Likewise, Bangladesh can import dry food from Afghanistan. Afghanistan wants to increase trade and economic relations with Bangladesh. Terrorism, drug and narcotics are major problems in Afghanistan.. All states ( Bangladesh-Afghanistan) should work collectively to combat against terrorism for security in this region as terrorism undermines socio-economic growth.

According to some Bangladeshi media, The prime Minister Sheikh Hasina already stated that non government organizations like Brac are working for the socio-economic development of Afghanistan. Prime Minister Sheikh Hasina  offered help to Afghanistan in their efforts for development, stressing that peace is a must for progress. “Peace is a must for development,” she said when outgoing Afghan Ambassador Abdul Qayoom Malikzad met her at her official residence Ganabhaban in April in 2021.

“Afghanistan can use Bangladesh’s experiences in many development sectors, including women empowerment, basic education, healthcare, sanitation and human resources,”

According to Brack International website, In 2002, BRAC started its first international operation by venturing into Afghanistan. Since then, we have continued to play a significant role in the country’s development. We provide essential services and support in 95 districts under 14 provinces and hard to reach communities.

Bangladesh can also seek support from Afghanis at every common international form in favor of Rohingya repatriation. Afghanistan can support also in this regard.

Bangladesh is a humanitarian state. It is natural that Bangladesh will participate in the development process in Afghanistan because Bangladesh is going to a rising South Asian peace keeper.