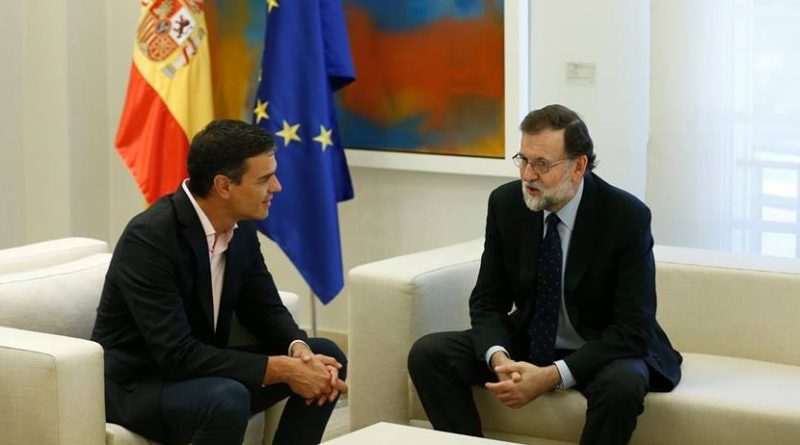 Spain’s Prime Minister Mariano Rajoy held meetings with the General Secretary of the PSOE (Spanish Socialist Workers’ Party) Pedro Sánchez, and the President of Ciudadanos, Albert Rivera, on Monday afternoon, to evaluate the events that unfolded on Sunday in Catalonia.

Rajoy commenced the round of contacts that he had announced on Sunday night to study potential political responses to the serious situation of institutional disobedience taking place in the autonomous region of Catalonia.

Rajoy thanked both leaders for their sincerity in outlining their positions and the loyalty that both have shown to our constitutional order, under threat from repeated attempts by some people to wipe out our national sovereignty and the unity of Spain, according to Moncloa.

Moncloa said that Rajoy expressed his interest in responsibly and loyally studying the proposals that the rest of the political forces wished to make, on the understanding that they are only interested in seeking the common good and defending our democratic system. He also conveyed to both political leaders the suitability of everyone maintaining an interest in reaching a consensus to tackle the serious challenge posed to our democratic system.

At his meetings on Monday afternoon, the President of the Government strongly defended the actions taken by the law enforcement agencies on Sunday and recalled that more than 400 police officers have had to be treated and that in 40 cases their injuries required immediate attention.