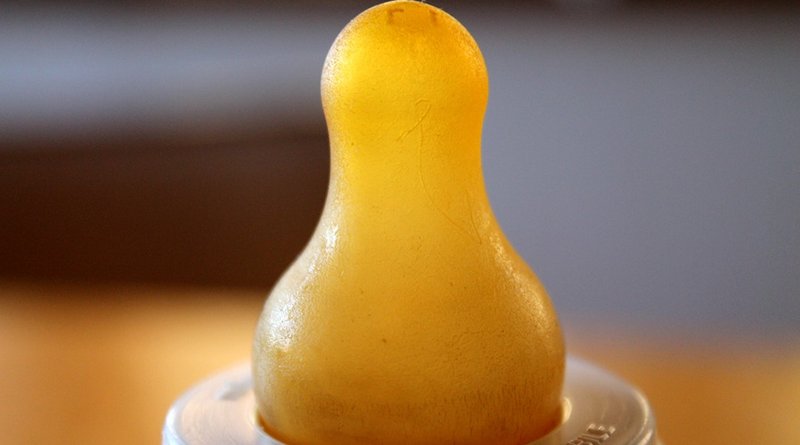 “The production of unnecessary infant and toddler formulas exacerbates environmental damage and should be a matter of increasing global concern,” argue experts in The BMJ.

For the UK alone, carbon emission savings gained by supporting mothers to breastfeed would equate to taking between 50,000 and 77,500 cars off the road each year, they write. As such, they call for urgent action by government to support breastfeeding as part of a global commitment to reduce carbon footprints in every sphere of life.

The food industry, particularly dairy and meat production, contributes around 30% of global greenhouse gases, they explain. Most formulas are based on powdered cows’ milk. Methane from livestock is a powerful and significant greenhouse gas and cow milk has a water footprint of up to 4,700 litres per kilogram of powder.

What’s more, powdered infant formula can be made safely only with water that has been heated to at least 70°C, giving an energy use equivalent to charging 200 million smartphones each year.

And half of the associated greenhouse gases of formula production come from follow-on formulas, which are unnecessary and potentially harmful according to regulators.

And as powdered cows’ milk is nutritionally inadequate for a developing infant, formula is supplemented with additives such as palm, coconut, rapeseed, and sunflower oils; fungal, algal, and fish oils; and minerals and vitamins.

Although it remains unclear whether these supplements are nutritionally and developmentally adequate, their production has an undeniable effect on the environment, they argue.

Other costs to the environment include paper use, plastic waste, and transportation at multiple stages in the production, marketing, and sale of breastmilk substitutes. The environmental impact of many aspects of formula production, such as transport, are not documented.

In contrast, breastfeeding uses few resources and produces minimal or zero waste, they write, and the associated infant and maternal health outcomes produce healthier populations that use fewer healthcare resources. The environmental cost of increased illness remains under investigated.

Yet they point out that globally, only 41% of the 141 million babies born annually are exclusively breastfed until 6 months. The UK has some of the lowest breastfeeding rates in the world and one of the highest uses of formula per capita, despite more than 85% of pregnant women wanting to breastfeed.

This is a societal responsibility to which we can all contribute, argue Shenker and colleagues.

They say a multi-targeted approach is needed, including improved support for mothers, better access to screened donor milk from a regulated milk bank when supplementation is needed, which can support breastfeeding, and increased numbers of specialist lactation consultants across the country.

Cultural change is also long overdue to remove the myriad obstacles to breastfeeding faced by new mothers, they add.

“The UK government recently opened a public consultation to help improve breastfeeding rates, which offers an opportunity for all of us to act,” they write.

“We need to acknowledge that “our house is on fire” and that the next generation requires us to act quickly to reduce carbon footprints in every sphere of life. Breastfeeding is a part of this jigsaw, and urgent investment is needed across the sector,” they conclude.

Esper: More Comprehensive Vetting For Foreign Students On The Way

By C. Todd Lopez As many as 60,000 students pass through Pensacola Naval Air Station in Florida each year for a