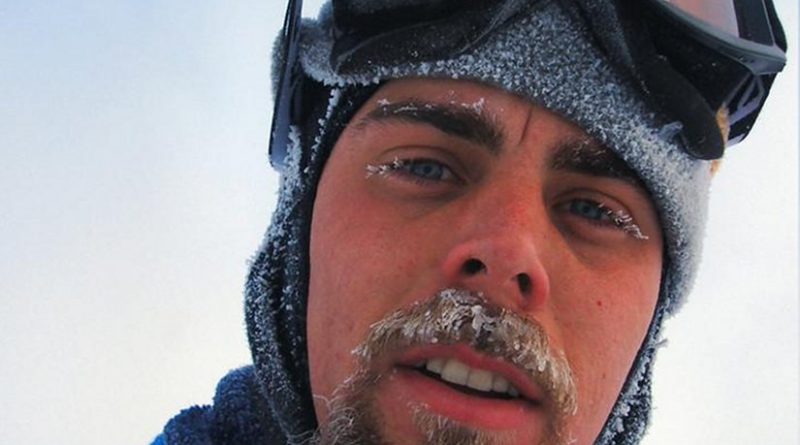 Dartmouth Adjunct Assistant Professor Chris Polashenski and his colleagues found that degrading satellite sensors, not soot or dust, are responsible for the apparent decline in reflectivity of Arctic snow. Credit: Chris Polashenski

For millennia, Greenland’s ice sheet reflected sunlight back into space, but satellite measurements in recent years suggest the bright surface is darkening, causing solar heat to be absorbed and surface melting to accelerate. Some studies suggest this “dirty ice” or “dark snow” is caused by fallout from fossil fuel pollution and forest fires.

But a new Dartmouth-led study shows that degrading satellite sensors, not soot or dust, are responsible for the apparent decline in reflectivity of inland ice across northern Greenland. The study’s results suggest the ice sheet hasn’t lost as much reflectivity as previously thought, and that black carbon and dust concentrations haven’t increased significantly and are thus not responsible for darkening on the upper ice sheet.

The findings, which contradict anecdotal observations and earlier scientific studies, appear in the journal Geophysical Research Letters. A PDF of the study is available on request.

Observations suggest the Greenland Ice Sheet’s albedo – or its ability to reflect the sun’s energy back into the atmosphere — has declined considerably since 2001 due to black carbon and dust from increased industrialization and forest fires across the northern hemisphere. The apparent decline is greatest around the ice sheet’s edges, but it also is occurring in the high elevation interior known as the dry snow zone, where the reflectivity is effectively reset each winter by new snowfall.

Two properties dominate reflectivity in dry snow – the size of snow grains, which become larger and more absorbent as they melt, and the presence of dark impurities that absorb the sun’s energy, predominantly black carbon and mineral dust, which also cause the snow to melt faster. Snow high on the Greenland Ice Sheet typically has black carbon concentrations too low to significantly affect its reflectivity, but in 2012 large wildfires in Canada and Siberia and favorable winds may have combined to trigger record surface melting of the ice sheet that year.

In trying to explain the apparent decline in reflectivity, lead author Chris Polashenski, an adjunct assistant professor at Dartmouth’s Thayer School of Engineering and a research geophysicist at the U.S. Army Corps of Engineers Cold Regions Research and Engineering Laboratory, and his colleagues analyzed dozens of snow-pit samples from the 2012-2014 snowfalls across northern Greenland and compared them with samples from earlier years. The results showed no significant change in the quantity of black carbon deposited for the past 60 years or the quantity and mineralogical makeup of dust compared to the last 12,000 years, meaning that deposition of these light absorbing impurities is not a primary cause of reflectivity reduction or surface melting in the dry snow zone. Algae growth, which darkens ice, also was ruled out as a factor.

Instead, the findings suggest the apparent decline in the dry snow zone’s reflectivity is being caused by uncorrected degradation of sensors in NASA’s aging MODIS satellites and that the declining trend will likely disappear when new measurements are reprocessed. MODIS (or Moderate Resolution Imaging Spectroradiometer) is the key instrument aboard NASA’s Terra and Aqua satellites, which provide images of the Earth’s surface and cloud cover every two days. MODIS tracks features of the land, oceans and atmosphere that can help develop models that predict global changes. The Terra mission, launched in December 1999, and the Aqua mission, launched in 2002, are designed to collect data for 15 years to differentiate short- and long-term trends and regional and global phenomena.

The study’s findings don’t apply to the ice sheet’s lower elevations, where surface melting, soot and dust result in more pronounced declines in reflectivity and where warmer temperatures may promote algae growth that further erodes reflectivity.

Home » Arctic Snow Not Darkening Due To Soot, Dust