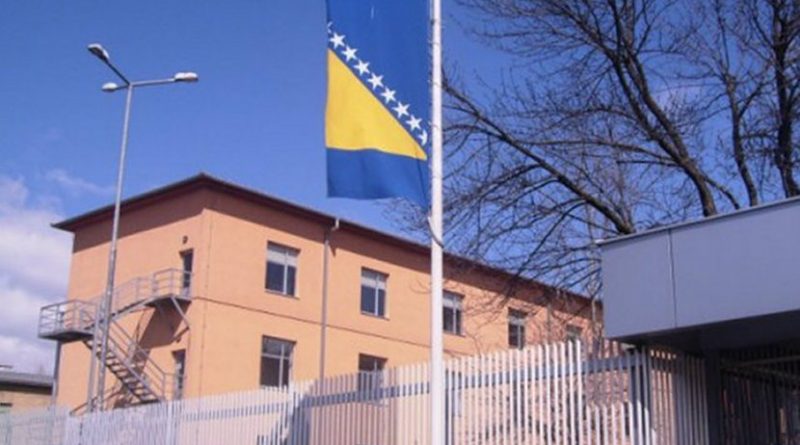 Mirsad Kandic, who was extradited from Bosnia to the US on Tuesday, has been charged with providing material support to ISIS and with recruiting individuals to serve as foreign fighters.

US authorities on Wednesday charged Mirsad Kandic, a legal permanent resident of the US, with providing material support and resources to Islamic State of Iraq and al-Sham, ISIS.

He faces a maximum sentence of life imprisonment, the US Department of Justice said.

Kandic, 36, was extradited from Sarajevo, Bosnia, to the US on Tuesday having been on Washington’s “wanted” list for three years.

Kandic was born in Kosovo in 1981 and moved later to Bronx and Brooklyn in the US.

He left the US in 2013 and travelled to Turkey to join ISIS. From there, he recruited individuals from the US, Britain, Australia and elsewhere, to travel to ISIS-controlled territory in Syria and Iraq and fight.

According to the US Justice Department, in online communications with an associate, Kandic stated he worked in ISIS’s Border Office in Turkey and was part of a team that conducted background checks of foreign fighters seeking to join ISIS in Syria.

ISIS members frequently used the term “Sham” to refer to the region of the Levant, including Syria.

According to the US Justice Department, Kandic expressed a desire to travel overseas to kill or maim US military forces even while he still lived in New York.

“Kandic eventually put his desire in action when he travelled to Turkey to join ISIS, and from there he set about recruiting others, including Jake Bilardi, to support his cause,” the Assistant Director in Charge of the FBI’s New York Office, William Sweeney, said on Wednesday.

Eighteen-year-old Australian Bilardi successfully detonated a suicide bomb in Ramadi on March 11, 2015. According to Sweeney, just before Bilardi carried out the attack, “Kandic told him he hoped Bilardi’s victims’ organs would ‘implode’”.

Kandic also worked to further ISIS’s media and propaganda operations, the US Justice Department has revealed.

He is believed to have set up and used over 100 Twitter accounts to provide updates about ISIS attacks and territorial gains, which announcements were close in time to when the events occurred.

Prior to his extradition Kandic, was arrested by Bosnia’s authorities in Sarajevo’s Grbavica district, where he had been hiding under the name Radoncic and was reportedly in possession of a fake ID card issued in Montenegro.