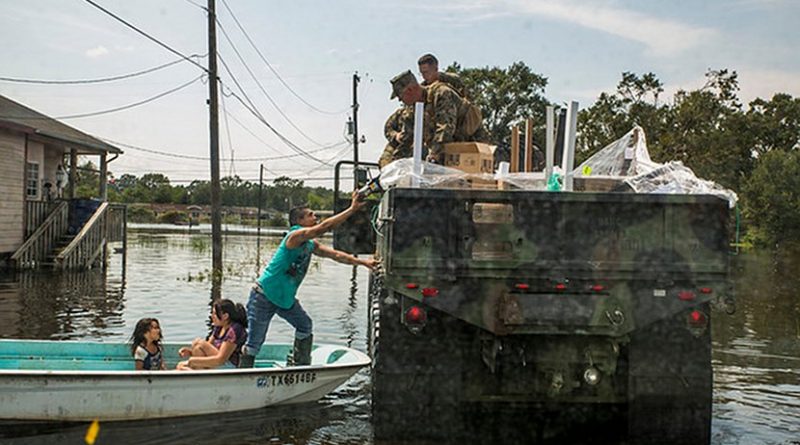 Swiss Re reported Thursday a Group net loss of USD 468 million for the first nine months of 2017, reflecting the USD 3.6 billion expected insurance claims from hurricanes Harvey, Irma, Maria, and the Mexico earthquakes. P&C Re’s and Corporate Solutions’ results were both affected by these severe events, with P&C Re reporting a USD 652 million net loss and Corporate Solutions a USD 762 million net loss. L&H Re continued to generate strong results and Life Capital delivered a strong gross cash generation. Swiss Re maintained a very strong capital position and high financial flexibility. As a result, Swiss Re launches its public share buy-back programme of up to CHF 1.0 billion on 3 November 2017.

According to Swiss Re’s Group Chief Executive Officer, Christian Mumenthaler,  “The severe natural catastrophes we have experienced so far this year have clearly impacted our results. At the same time, we are able to absorb these losses and join forces with our clients to help affected people and businesses in getting back on their feet. This shows that our strategy to ensure superior capitalisation at all times is paying off. We believe we have the financial strength to respond to potential market developments and we continue to stay committed to creating long-term shareholder value.”

Swiss Re reported a nine months 2017 net loss of USD 468 million, compared to a net income of USD 3.0 billion for the same period in 2016. The decline was primarily driven by the previously communicated expected insurance claims in the aftermath of the recent Atlantic hurricanes, the earthquakes in Mexico as well as Cyclone Debbie in Australia and floods in Peru in the first half of the year.

Gross premiums written for the first nine months declined 5.1% to USD 26.7 billion, as Swiss Re applied its disciplined underwriting approach in challenging market conditions. Measured at constant foreign exchange rates, the decline would have been 4.2%.

As a result of the large natural catastrophe losses, the Group said it has strengthened Corporate Solutions’ capital position with a USD 1.0 billion capital injection. This underlines Swiss Re’s commitment to this business, given the attractiveness of the commercial insurance market and the confidence in the Business Unit’s long-term strategy.

Swiss Re’s Group Chief Financial Officer, David Cole said,  “Even after such a string of severe natural disasters, we demonstrate the strength of our capital position and financial flexibility by supporting our clients, responding to market developments and strengthening Corporate Solutions’ capital position, while continuing to repatriate excess capital to our shareholders – as shown by the upcoming launch of our share buyback-programme.”

Expected combined claims of USD 3.0 billion from this year’s large natural catastrophe losses led to a strong decline in P&C Re’s results. The net loss for the first nine months amounted to USD 652 million. P&C Re expects losses from Hurricanes Harvey, Irma, Maria, and the Mexican earthquakes to amount to USD 2.65 billion.

The annualised ROE was -7.5%. The combined ratio increased to 114.1%, as the impact from large natural catastrophe losses was well above expected levels for these nine months. P&C Re continued to experience positive prior-year development during the first nine months of 2017.

Swiss Re maintained its strict disciplined underwriting approach, ensuring it receives an adequate price for the protection it provides. This resulted in a 12.6% decline in gross premiums written to USD 13.4 billion in the first nine months.

Swiss Re strengthened Corporate Solutions’ capital position, underlining Swiss Re’s commitment to this business and its long-term strategy. With Corporate Solutions, Swiss Re has built a unique platform to access the large pool of commercial risks. The Business Unit is expected to benefit from pricing improvements following the recent natural catastrophe events.

Life Capital continued to deliver on its strategy to optimise cash generation. In the first nine months of 2017, gross cash generation amounted to a strong USD 789 million, reflecting the continued emergence of the underlying surplus in ReAssure, its closed book business in the UK, including a benefit from finalising the 2016 year-end statutory valuation and an update to mortality assumptions.

The Business Unit generated a net income of USD 152 million. As expected, large one-off realised gains on the investment portfolio in 2016 were not repeated. The annualised ROE for the first nine months was 2.9%.

Gross premiums written for the first nine months increased 5.5% to USD 1.2 billion, driven by growth in the open book business, which demonstrates how Life Capital is increasing Swiss Re’s access to attractive and growing risk pools in life and health markets.

In October, Swiss Re announced an agreement with Japanese insurance group MS&AD for a minority investment of up to GBP 800 million into ReAssure. The investment strengthens ReAssure’s ability to pursue future transactions and is consistent with the execution of Swiss Re’s previously communicated strategic intentions for Life Capital’s closed book business.