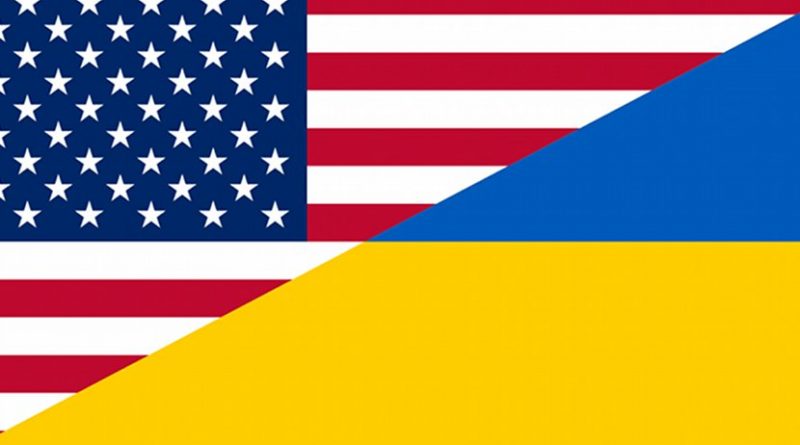 Flags of Ukraine and United States.

By Iana Polianska and Christopher Miller

Prosecutors also want U.S. authorities to share any evidence they might have pertaining to an ongoing criminal investigation of a former justice minister, Serhiy Horbatyuk, prosecutor for special investigations, told RFE/RL.

“Yes, of course, we will do it. We are preparing a request and will ask about [U.S. officials] conducting an interrogation or sharing documents,” Horbatyuk said by phone on November 2.

Manafort, who has not been charged with a crime in Ukraine, is wanted by prosecutors to testify in a corruption case targeting Oleksandr Lavrynovych, who was justice minister under Viktor Yanukovych, the Moscow-friendly former president who fled to Russia in 2014.

Lavrynovych was arrested in September on unrelated charges, accused of having participated in a “coup d’etat.”

Lavrynovych had hired the U.S. law firm in 2011 to review the jailing of then-Prime Minister Yulia Tymoshenko, who was sentenced to seven years in prison for allegedly brokering an unfavorable gas deal with Russia. Her sentence was viewed by much of the international community — including Russia — as political in nature. Tymoshenko was released in February 2014 and later reelected to parliament.

Manafort became involved when he arranged for Skadden Arps to draft a report that was used by Yanukovych’s allies to justify Tymoshenko’s imprisonment.

Court documents in the case against Lavrynovych, seen by The New York Times, alleged that Manafort “designed a strategy” for Skadden Arps to “confirm the legality of the criminal prosecution of Yulia Tymoshenko and…reject any political motives of such prosecution.”

In June, Skadden Arps refunded $567,000 to the Ukrainian government, reportedly because the money had been placed “in escrow for future work” that never took place, according to The New York Times.

Horbatyuk told RFE/RL that his office has made several appeals for information regarding the Lavrynovych case to the FBI and U.S. Justice Department officials since December 2014 — each of which contained exactly one question pertaining to Manafort.

“We want to find out Manafort’s role in it,” Horbatyuk said of the Lavrynovych case. “We sent a request for questioning representatives of the firm and also Manafort. We also asked about copies of documents [pertaining to the case].”

Horbatyuk said Washington has not responded to the requests about Manafort.

Horbatyuk also said his office has not provided any documents to Special Сounsel Robert Mueller’s office or U.S. law enforcement for their investigation of Manafort, who was indicted on October 30 on conspiracy and other financial crimes charges. The charges relate to Manafort’s longtime work as a consultant for Yanukovych’s former political party.

“Our cases are related to each other,” Horbatyuk said. “Accordingly, we are interested in cooperating with the U.S. Department of Justice and the FBI.”

A spokesman for Mueller declined to comment when contacted by RFE/RL.

Ukrainian Prime Minister Volodymyr Hroysman, meanwhile, told CBC News during an official visit to Canada on November 1 that his government had not been contacted by Mueller’s office or U.S. law enforcement.

“But if we receive a request we will, of course, provide the information we have,” he said.

Manafort and his business partner, Rick Gates, turned themselves into the FBI on October 30 as Mueller’s monthslong investigation into Russian interference in the 2016 U.S. presidential election gains momentum. They pleaded not guilty to all charges and were put under house arrest. A bail hearing was set for November 2.

The indictment focused chiefly on Manafort’s work in Ukraine, alleging that more than $75 million flowed through the offshore accounts of Manafort and Gates, and that Manafort spent more than $18 million “to enjoy a lavish lifestyle in the United States without paying taxes on that income.”

Yanukovych, for whom Manafort worked for nearly a decade, was driven from office in February 2014 after months of public demonstrations fueled by Ukrainian anger over the corruption that was seen as flourishing during his presidency.

News of Manafort’s indictment was welcomed by Ukrainians, especially those who helped expose Yanukovych’s alleged corruption and the slush fund reportedly used by his political party to make millions in off-the-books payments to Manafort between 2007 and 2012.

Asked whether Ukraine would try to recover any of money Manafort was paid by Yanukovych and his party, Horbatyuk said, “I will be able to answer it, when it will be clear that the money paid to Manafort had a criminal origin.”