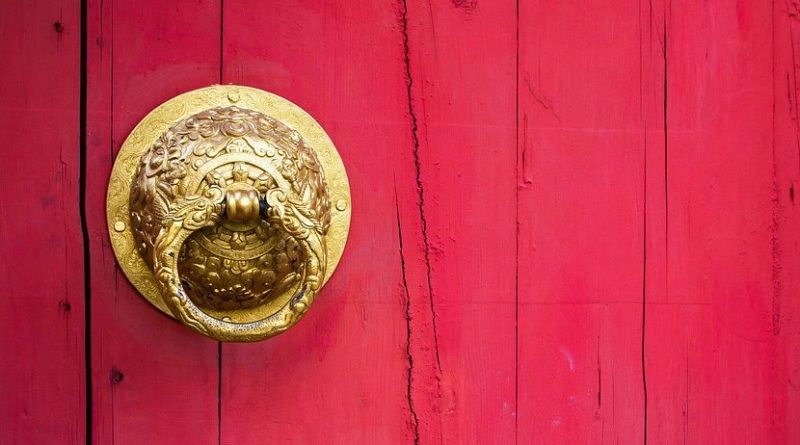 After years of international criticism of its economic growth claims, China is pushing back with a grassroots reform effort and a massive review of the country’s performance since 2014.

On Nov. 13, the National Bureau of Statistics (NBS) said it would introduce a new “unified regional gross domestic product (GDP) accounting” system in “early 2020” to resolve discrepancies in provincial and national totals that have plagued calculations for years.

The report of the announcement on the official Xinhua news agency website provided a link to an earlier story saying much the same thing, but indicating that the system would be launched by the end of this year.

Under the timetable outlined last January, the NBS was to conduct a unified calculation of regional data for 2018 by the end of 2019 and start its accounting of quarterly GDP with the new system in January 2020, according to the agency’s director, Ning Jizhe.

But neither report made reference to a much earlier NBS announcement of the unified accounting system in December 2014 by then-director Ma Jiantang. At the time, the system was expected to take effect in 2016, the first year of China’s 13th Five-Year Plan, the official English-language China Daily said.

There has been no explanation for the four-year delay in the program’s implementation, but the motivation behind the GDP reform plan has remained much the same.

Some excess is to be expected because of overlap of economic activity across provincial boundaries, but the size of the discrepancies has been seen as a sign of rampant exaggeration by local officials seeking promotions for economic growth.

In 2016, for example, Xinhua reported that some counties in the industrialized northeast had claimed GDP higher than that of Hong Kong.

“Under performance evaluation standards, a high regional GDP is seen by local officials as a route to achieving important career rewards,” China Daily reported in 2014.

In 2012, the NBS tried to take data fraud out of the equation by ordering 700,000 enterprises to report production figures directly to Beijing, bypassing local authorities.

But the effort failed when local officials short-circuited the process by directly pressuring enterprises to inflate production data, “smoothing” the numbers to avoid abrupt changes from past reports.

The unified plan would put central NBS officials in charge of regional GDP accounting, the agency said in its latest announcement on the process.

The central authorities “will organize local statistics offices to map methods of accounting, map and standardize the unified procedures in accounting, conduct unified accounting and release the results,” Xinhua said.

But one problem with the plan is that the NBS has never been clear about how the central authorities have adjusted previous provincial reports to come up with national estimates.

As a consequence of the delays, the timing of the unified accounting plan has closely coincided with the release of China’s national economic census, which the NBS has conducted every five years since 2004.

The fourth national economic census is the result of a huge undertaking involving 2 million workers to survey some 30 million business entities and 60 million self-employed individuals in nearly 900,000 communities, Xinhua reported earlier this year.

On Nov. 22, the NBS revised its GDP estimate for 2018 upward by 2.1 percent to 91.93 trillion yuan (U.S. $13.1 trillion) without saying whether it would change the previously published growth rate of 6.6 percent or results foe this year.

“Although the 2018 GDP increased after the revision, it will not have a significant impact on the GDP growth rate for 2019,” the agency said, noting that the upward revision was smaller than those made after the previous three census surveys.

But press reports on the adjustment were quick to draw connections to the pledge by former President Hu Jintao to double China’s 2010 GDP in a decade. The target has become a key goal for the Communist Party of China (CPC) and a test of its policies.

In a research note cited by Reuters, Julian Evans-Pritchard, senior China economist at Capital Economics, said that “it’s hard to ignore the fact that it will also help them meet official growth targets.”

After the growth rate in the third quarter fell to a 27-year low of six percent, the census revision would mean that GDP in 2020 would have to reach 6.1 percent to meet the CPC’s goal for the decade, said Standard Chartered economist Hunter Chan, according to the American financial information website MarketWatch.

But further revisions may be needed in the absence of a rebound. The International Monetary Fund recently lowered its growth forecast for 2020 to 5.8 percent.

On Saturday, the NBS delivered a bit of good news for economic growth as its official purchasing managers’ index (PMI) for manufacturing in November rose to an expansionary reading of 50.2, snapping a six-month string of contractions below the 50-point threshold.

It was unclear whether the positive reading marked the start of a turnaround or a short-term response to stimulus measures.

But the implication that the census results may be swayed by political targets has added to suspicions that GDP growth rates have already been exaggerated. If the results were manipulated for political purposes, it would also undercut the unified accounting program.

“The census can be used to correct many previous manipulations. Without that wide-ranging correction, the new improved accounting practice can’t work,” said Derek Scissors, an Asia economist and resident scholar at the American Enterprise Institute in Washington.

“The census can be falsified just like any other NBS exercise. They answer to the CPC,” Scissors said.

On the positive side, the repeated NBS announcements on the unified system can be seen as an acknowledgment that GDP reporting has been unacceptably inaccurate. On the negative side, the NBS has given no reason for the repeated delays.

Scissors doubts that there will be any significant change in economic reporting as long as the CPC remains in control of the process, implying that data manipulation has become a symptom of the party system.

“If you prefer to take the current effort seriously, it’s a lot harder to fix local data collection than it sounds,” he said.

Until now, the only accepted mechanism for correcting previous errors has been the census.

“Any other rectification of mistakes discredits those party members previously responsible for data reporting,” said Scissors. “But without a clean sweep, all new data builds on a bad base and is unavoidably inaccurate.”

NBS officials have yet to explain the reasons behind the long delays in implementing the unified regional accounting plan.

The agency is likely to have been thrown into turmoil in January 2016 when anti-corruption authorities announced that its then-director, Wang Baoan, was being investigated for a “severe disciplinary violation,” after less than a year in his job.

The probe by the CPC’s Central Commission for Discipline Inspection (CCDI) came at a time of downward pressure on the economy and rising concern about GDP growth claims.

The “investigation into the official who oversees the numbers is unlikely to inspire confidence,” The New York Times said in a report at the time.

Three months later, the CCDI reported the results of a crackdown on NBS officials who were found to be collecting “service fees” for access to statistical reports. The Times reported that Wang was ousted shortly after the investigation into sales of data was completed, but the connection remains unclear.

Wang was expelled from the party in August 2016 and denounced with unusual vehemence as “morally bankrupt.”

“Wang is said to have ‘absolutely no political belief,’ chronically engaged in superstitious activities, severely violated political discipline and rules, and made speeches that went against the CPC Central Committee on key issues,” Xinhua quoted the CCDI as saying.

The investigators charged Wang with a litany of misconduct, including visits to luxury hotels and entertainment venues, receiving gifts and trading money for sex “insatiably.”

The Xinhua reports said nothing about the efforts to reform NBS accounting, however, making it unclear whether NBS officials were pursuing the original 2016 timetable for the program when Wang’s career was cut short.

The relative speed of Wang’s downfall and the slow pace of the unified accounting initiative suggest that the party is better prepared to pursue official corruption at the political level than lower-level statistical fraud.