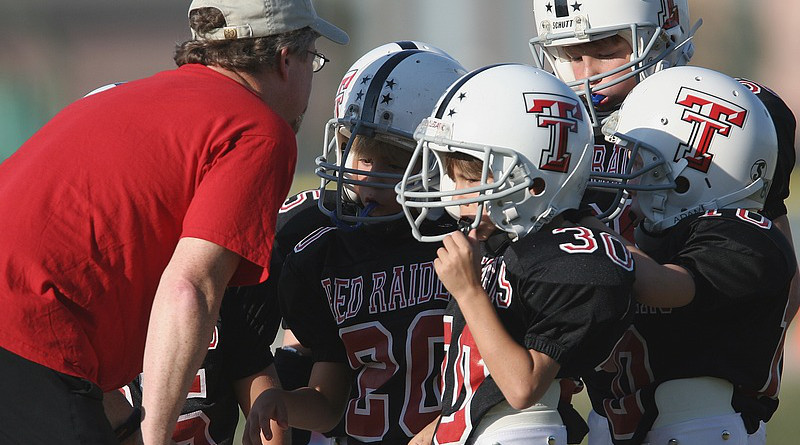 Middle school football players greatly reduce the chance of head injuries if they wear padded helmets and use safe tackling and blocking techniques, according to Rutgers researchers.

The study was published in the journal Neurosurgery.

With youth players representing 70 percent of all amateur and professional football participants, attention is turning to the safety of the sport for younger players. Concussions and other head injuries in football and other contact sports among older athletes have been linked to cognitive problems, including dementia, depression and chronic traumatic encephalopathy, a degenerative brain disease.

“Parents are understandably concerned that their young football players are putting themselves at risk for the same long-term brain or nervous system injuries that are reported in older players,” said Robert Heary, director of the Center for Spine Surgery and Mobility at Rutgers New Jersey Medical School. “Although concussions causing readily observable signs and symptoms are of great concern to physicians examining football players during and after games, the effects of other head trauma with fewer symptoms also can result in long-term damage.”

The researchers monitored 20 members of a youth football team in New Jersey who wore helmets equipped with a system that tracked the number and severity of impacts that each player sustained during their 20-practice, seven-game season. A tackling coach taught players and coaches safe methods for blocking, defeating blocks and tackling that reduced head contact for both offensive and defensive players. During practices, the players wore Guardian Caps, which are helmets fitted with a padded cover that lessen the number of high-energy head impacts.

There were 817 recorded impacts during the season — an average of 41 impacts per player and about 20 minutes of full contact per practice — but no concussions.

“The use of Guardian Caps, safe tackling techniques and the age of participants may have contributed to the very low number of impacts recorded and the complete lack of injuries,” said Heary.