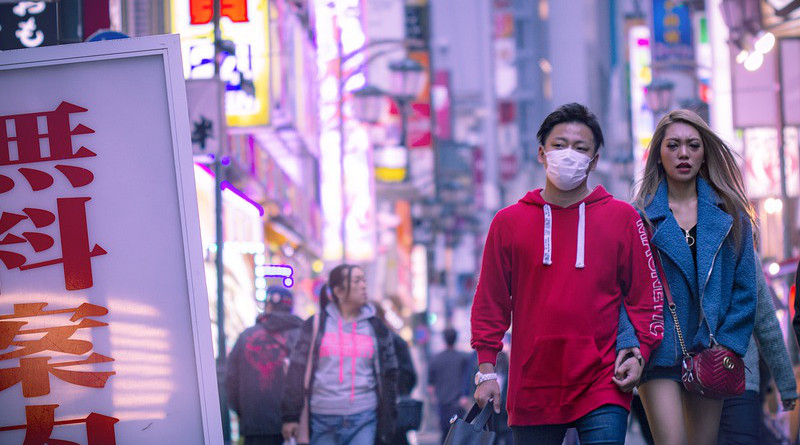 Mainstream economists have turned Japan’s adverse demographics into a scapegoat for its economic debacle. Be it the Financial Times or the IMF, the general narrative is that Japan’s shrinking and rapidly aging population has stifled both economic growth and productivity. Allegedly, in a fast-aging society such as Japan’s individuals increase savings for retirement and curtail consumption, while companies reduce investment due to a weak outlook. Nothing could be further from truth.

How Relevant Is the Demographics Story?

The mainstream argument is that Japan’s current population of about 127 million will shrink by over a quarter over the next forty years, while being the oldest population in the world, with a median age of 48.4 years (IMF 2020). In reality, the number of people in Japan started declining only as of 2010, shedding about 1.9 million, or 1.4 percent, through 2019. Nevertheless, more women and elderly joined the labor force, which increased from 63 million in 1990 to 67 million in 2002 and, after a brief decline, grew again to almost 69 million in 2019 (Graph 1). It is true that Japan is increasingly facing a demographic problem, but this cannot explain the pronounced economic decline which started more than three decades now. Moreover, Japan is not the only advanced economy having an aging problem and a high labor force participation rate that still leaves some room for further increases (Graph 2).

What Has Actually Depressed Productivity?

If it’s not demographics, then what is it? In a previous article we argued that Japan’s disappointing per capita growth performance over the last three decades has been a direct consequence of uninterrupted growth stimulus that has not allowed a curative recession to liquidate the malinvestments of the 1980s boom. In the process, both the capital stock per worker and labor productivity have dwindled while real wages and incomes have stagnated.

From an accounting point of view, economic growth has two sources: growth in the workforce and growth in the output per worker, i.e., labor productivity. Japan’s potential growth rate dropped dramatically from about 4 percent in the 1970s and 1980s to below 1 percent currently. Labor productivity has driven the decline in real GDP growth rates, whereas the impact of labor input has been small (Nakamura et al. 2018) (Graph 3). This shows once more that it is not adverse demographics that have stifled Japan’s growth. In the last decade labor productivity in the US and Germany also decelerated, to about 1 percent, but it disappointed most in Japan, where it slumped to around 0.7 percent. It is now more than a quarter below the top half of OECD (Organisation for Economic Co-operation and Development) countries (Graph 4). As a result, more Japanese must enter the labor force to make up for the stagnation of real wages and incomes or continue working longer hours.

Labor productivity depends on the amount of capital available per worker and its efficient use based on technological innovation and market allocation of factors of production. An erosion of the capital stock per worker starting in the early 2000s, has been the main factor depressing Japan’s labor productivity (Macovei 2019). Baily et al. (2020) also found that over 2004–16 the drop in Japan’s labor productivity was primarily due to feeble capital deepening. This squares well with the massive decline in Japan’s investment rate from about 35 percent of GDP in 1990 to 24 percent of GDP in 2019. The rate is not low by international standards, but it was certainly not enough to ensure the renewal of the capital stock of one of the most capital-intensive economies in the world.

Paralleling the misallocation of domestic investment during the 1980s boom and the following period of recurrent growth stimuli, capital outflows surged. As investor confidence in domestic policies and market conditions eroded, capital increasingly left the country. Japan built up a very large net foreign asset position, from almost zero in the 1980s to 60 percent GDP in 2018. At about USD 3 trillion, it is the highest in the world and is the product of large current account surpluses driven by growing corporate saving. At the same time, the economy’s total saving ratio declined, including that of households, contradicting the mainstream narrative of increased savings due to aging. Given the massive monetary expansion since the beginning of the 1990s and the fact that the yen has surprisingly retained a safe haven status, not all the financial capital leaving the country represented genuine real savings. Still, almost half of the capital stock transferred abroad was net foreign direct investment (FDI), weakening Japan’s productivity significantly.1

FDI outflows took place primarily in sectors with higher productivity, such as manufacturing of machinery and equipment or electronics, which led to a reallocation of jobs toward lower-productivity services. During 1996–2018, the relative share of the manufacturing sector shrank significantly, both in terms of output and employment (Graph 5). At the same time, employment grew in services such as tourism, one of the fastest growing sectors in recent years. Yet Japan’s labor productivity in services is not only much lower than in manufacturing, but also fares quite badly in an international comparison. For example, Japan’s tourism industry accounted for only 1.9 percent of gross value added (GVA) in 2016, compared to a share in employment of 9.6 percent, one of the worst ratios among the OECD countries (Graph 6). The relative abundance of labor engaged in low-productivity jobs shows again that labor is not the constraining factor for growth.

Investment Barriers Are Driving Capital Away

Apart from the pernicious macroeconomic policies of the last four decades, Japan’s business environment suffers from important labor market rigidities and hampered market competition. The former include outdated employment models, such as lifelong employment and steep seniority-based wage systems that hinder labor mobility. In addition, overregulation is pervasive. For example, there is limited labor market flexibility in terms of hiring and firing practices. The country ranks 104th in this despite placing sixth in the overall country rankings of the 2019 Global Competitiveness Index (GCI). Japan also ranks eighty-second in ease of hiring foreign labor and the high taxation of regular labor contracts causes it to rank eightieth in this category. As a result, nonregular employment, which pays about 40 percent less per hour on average than regular jobs, surged from around 20 percent of total employment in 1994 to 37 percent in 2017 (OECD 2019).

Very low exit and entry rates for companies, standing at one-third of the OECD average, reduce market competition and keep labor and capital stuck in less productive companies. On the one hand, this is fostered by Japan’s limited openness to foreign competition in both goods and capital. Japan’s trade barriers are high, both tariff and nontariff ones (it ranked thirty-ninth and thirty-eighth in the 2019 GCI) and inward foreign direct investment is virtually nonexistent. On the other hand, the cost and time to start a business are quite high (Japan placed seventy-eighth and seventieth, respectively, in the 2019 GCI), together with the distortive effect of taxes and subsides on competition (seventeenth place).

There is also a reduced level of entrepreneurship and cultural tolerance for bankruptcy in Japan. The level of perceived opportunity to start a new venture, the perceived capability to carry it out, and the social status awarded to successful entrepreneurs are all significantly lower in Japan compared to the US or Germany. At the same time, the fear of entrepreneurial failure is much higher (Nakamura et al. 2018). This may also explain the proliferation of “zombie” unproductive firms in the aftermath of the 1990s crisis.

Lastly, Japan’s large share of research and development (R&D) expenditure in terms of GDP and its high production of patents,2 do not translate into a superior technological output.This is mainly due to the fact that Japanese firms tend to focus their high R&D spending on gradual improvement rather than on creating new, innovative products and that they hardly cooperate on technological innovation (Nakamura et al. 2018).

Japan’s growth and productivity debacle, which unfolded after its 1990s crisis, was not caused by adverse demographics. The increase in the labor force, together with the relative abundance of labor stuck in lower-productivity jobs, shows that the shortage lies in high-productivity jobs rather than labor. For the last three decades ultraexpansionary monetary and fiscal policies have heightened investor uncertainty, hampered the efficient market allocation of factors of production, and eroded the capital base. Other investment barriers in the form of severe labor market rigidities and weak competition drove capital away when the globalization process accelerated.

As Japan’s demographic woes pick up, the remaining workers must work more productively only to maintain the same living standards. A policy change is needed to foster capital accumulation again. Yet in the wake of the coronavirus crisis, more aggressive policy loosening and bailouts are expected while structural reforms will likely remain at the bottom of the agenda. Thus, the long-term decline in labor productivity and real wages is bound to continue.3

*About the author: Dr. Mihai Macovei ([email protected]) is an associated researcher at the Ludwig von Mises Institute Romania and works for an international organization in Brussels, Belgium.

Home » Japan’s Productivity Has Been Slashed By Government Meddling, Not Demographics – Analysis