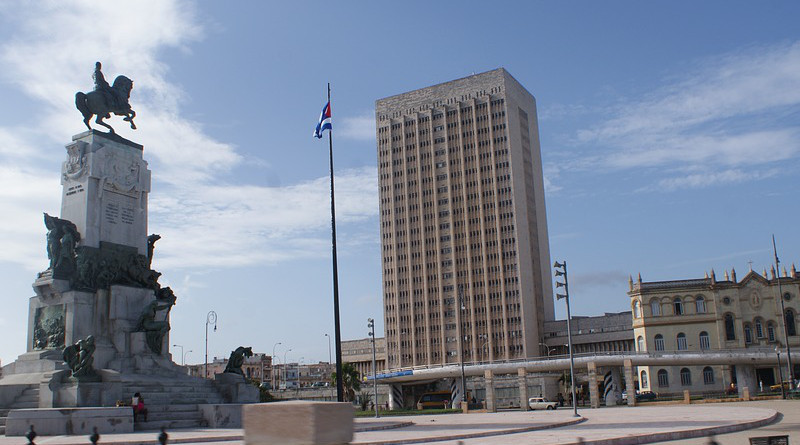 By Katia Monteagudo and Mayli Estévez

Doubts have been cast on claims in the Cuban state media that a Chinese benefactor’s massive donation of medical equipment to help fight Covid-19 was blocked at the last minute due to the US embargo.

On April 1, the official newspaper of the Communist Party of Cuba, Granma, published an article claiming that a planeload of medical supplies was prevented from landing on the island.

Their sole source was a blog entry by Cuba’s ambassador in China, Carlos Miguel Pereira Hernández. He claimed, without providing any evidence, that Jack Ma – the multi-millionaire founder of the online shop Alibaba – had wanted to send medical supplies to Cuba to fight against the coronavirus pandemic, but been prevented by the US embargo on the island.

“The carrier hired to ship the material, an American company, declined the assignment at the last minute due to the economic, commercial and financial embargo imposed on the country of destination, an embargo that has been intensified by the current administration in the US,” the ambassador wrote.

He continued that Ma’s “noble, huge and commendable effort” had been derailed because of “the unfair, arbitrary and illegal blockade”.

The story was reproduced in other Cuban media outlets, without questioning any of the details – particularly why the Ma foundation chose to use a company that had already refused to fly to Cuba for the past several months.

On March 21, Ma announced on Twitter that his foundation would send two million masks, 400,000 diagnostic tests and more than 100 ventilators to countries in Latin America.

Alibaba is one of the world’s biggest online shops, a competitor to the US company Amazon.

Its logistic affiliate is Cainiao, which as well as using its own aircraft fleet has now teamed up with around 50 transport partners to deliver donations as fast as possible. These companies have delivered more than 100 million essential medical supplies to 140 countries in the world, including in Latin America.

In Africa, for example, Cainiao works with Ethiopian Airlines and in Europe with ASL Airlines, a company of Irish origin. In Latin America, Alibaba has used several carriers to deliver its goods, including Aero Unión, a Mexican cargo carrier, which also offers chartered flights to Havana.

Any of these airlines could have been used to send the donation to Cuba. However, according to a report by the Associated Press news agency, Cainiao chose Avianca to deliver to Cuba and other countries in the region such as Panama, Bolivia and Colombia.

But Avianca was not in a position to undertake the assignment.

Strictly speaking, Avianca is not a US-based company. Its shareholders are mainly from Colombia – where it has its headquarters – and El Salvador. But as of last autumn, shares were controlled through a network of companies based in Delaware and thus the company became partly governed by US regulation.

On October 31 2019, Avianca announced that it would suspend flights to Cuba from Colombia and El Salvador as it needed to resolve some issues related to the embargo with the US authorities, and subsequently announced it would stop flights to Cuba altogether from January 2020.

This means that there was no last minute cancellation, as the parties must have known that Avianca was not a reliable carrier when it came to delivering to Cuba.

Other donations to Cuba have managed to reach their destination. On April 6, Cuban minister of foreign affairs Bruno Rodriguez announced that “a donation sent by the People’s Republic of China has arrived in Cuba”.

According to Xinhua, another donation, from the Chinese company Zhengzhou Yutong Bus, included 100,000 masks and 10,000 isolation gowns.

And several other donations Alibaba´s founder made to countries on which there is also a US embargo were successfully delivered. On March 13, a tweet by the Jack Ma Foundation said that countries including Iran had received shipments of medical supplies.

The US embargo against Cuba has exceptions, including relating to donations. Article 746.2 of the legislation mandates that American companies do not need authorisation to send humanitarian aid to Cuba, while Article 740.12 only bans donations of medical supplies that could be used to torture or violate people’s rights. It also states that if there is certainty that these supplies could be sold by Cuba to other countries or used to produce “biotechnological” products, then the donation would fall under the embargo laws.

However, there have been private prosecutions of carriers flying to the island.

For instance, US citizen Ramón López Regueiro has sued firms including American Airlines and Chile´s Latam Airlines for operating flights to Cuba.

López Regueiro has argued that he owns Cuba’s Jose Marti International Airport, because his father was granted a license to build it and start operations during the dictatorship of Fulgencio Batista. Later, Castro’s revolution expropriated all those facilities.

A US law allows anyone to report companies anywhere in the world which knowingly benefit or make use of private assets expropriated by the Cuban revolution.

The legislation, part of chapter three of the 1996 Helms Burton Law, was initially not enacted because it was considered too extreme and imprecise. However, last year, the Trump administration decided it should be applied, enabling lawsuits such as those filed by Lopez Regueiro.

The US courts do not all agree on this point. Other Cuban Americans whose parents have had their assets expropriated have seen similar lawsuits dismissed in court.

In January this year, Granma reported on the case of a judge in Miami who dismissed a lawsuit against several cruise companies which, it was claimed, made use of plots of land in the port of Havana that had been expropriated by the revolution.

However, other legal experts argue that the newly-applied legislation carries enough weight to deter US airlines from arriving in Cuba.

Lorenzo Palomares Starbuck, a Florida lawyer who advocates for the implementation of chapter three of the Helms Burton Law, argued that “no carrier can arrive to a port or airport which has been confiscated by the Castro government.”

He added, “It will be very difficult now for an American company or one with capital investment here, like Avianca, to take donations to Cuba.”

Alibaba and the Jack Ma Foundation did not respond to requests for comment. Avianca declined to give any further statement beyond what they had already made public.