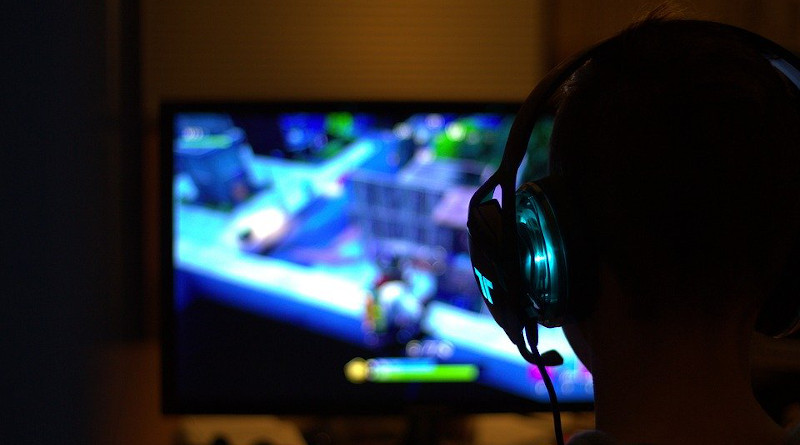 Following the US Congressional hearings on the anti-competitive behavior of Google, Apple, Amazon and Facebook, Epic Games, the video game publisher of the runaway hit Fortnite, has filed an anti-trust lawsuit against Google and Apple. The contention started with Epic Games setting up their own payment system for in-app purchases, a violation of terms of conditions for the app stores. This led to Fortnite being banned on the Google Play Store and Apple’s App Store.

The move was planned and minutes from Fortnite being booted from the app marketplaces, Epic Games filed their lawsuit against Google and Apple. The crux of the contention lies with Apple and Google’s revenue share for in-app purchases where the companies keep 30% of the of the in-app purchase. Epic Games fired the first salvo by making the in-app purchase through its payment system cheaper than the option on the app marketplaces. It’s important to note that Epic Games is not targeting other games marketplaces like Steam (for PC games), Sony’s PlayStation Store, Microsoft’s Xbox Games Store and Nintendo’s Game Store which also charge a 30% revenue share on purchases.

Other technology companies are looking to use Epic Games’ lawsuit as a crowbar to open Apple’s closed device ecosystem as the outcome of the lawsuit will have a larger impact on app developer ecosystem. Developers are now openly questioning Apple and Google’s revenue share on in-app purchases. Facebook threw its weight behind Epic Games and criticized Apple for not waiving its 30% app store tax for its new paid online events feature; although Facebook also imposes the same 30:70 split on its monetization programmes.

Apple asserts that 80% of the apps on the app store are free and without any monetization and makes no commission on them; however, it displayed its tight grip on its app store and closed ecosystem when it forced (and later backtracked its decision) the open-source content management system (CMS) WordPress to add its in-app payment feature despite not offering any purchases on the iOS app. Further, to reign in Epic Games, Apple in its opposition motion threatened cutting off access to developer program to the Unreal Engine, a move which would have hurt multiple independent game studios. The Unreal Engine developed by Epic Games is one of the widely used game engines by game developers and has even been used for developing CGI for movie studios. Apple has been ordered not to block the Unreal Engine by a US district court, but Fortnite continues to stay banned on the app store.

Though Epic Games is trying to portray itself as an underdog challenging Apple’s might and defending consumer rights, this is not the case. As much as Epic Games CEO insists otherwise, this is merely a fight of competing corporate interests where a billion-dollar company battling a trillion-dollar company to make even more money for themselves. To understand the root of the fight between Apple and Epic Games, we need to understand how gaming culture has evolved over the last 40 years.

As games moved from physical distribution of discs in the 1990s and to online stores, there was a gradual shift in perception that games were not products but services. This has had profound impact on how games were developed. Publishers pushed for multiplayer modes arguing that players weren’t interested in single player campaigns.

With the 2010s, and with the release of the iPhone and Android operating system, it brought in a wave of “freemium” games into the market for mobile phones. The success of the mobile phone gaming needed a different business model; the game would be free for users, but publishers would be able to monetize by offering in-app purchases within the game. To make the model work, mobile games borrowed ideas from role-playing games (RPGs) -the idea was to create a simple gameplay loop for a player’s action and they would be rewarded with in-game currency. To progress in the game faster, players were also heavily pushed to buy in-game currency using real money through micro-transactions. The model proved to be extremely profitable and publishers like Zynga Games (Farmville) and Rovio (Angry Birds) thrived using this model.

As more games and publishers tried to emulate this model, there was backlash from players who dubbed it the pay-to-win model. Players complained that these mechanics contributed to an overall drop in the competitiveness of the game as less skilled players could advance through transactions. Gradually, the revenue mix of games started to tilt towards mobile platforms rather than consoles and PCs. Nielsen estimates that the video game industry made revenues of $120 billion in 2019 and $64.4 billion came from mobile platforms followed by PCs and consoles. Fortnite alone made $1.8 billion through microtransactions.

With more multiplayer modes, it also became easier for publishers to introduce new monetisation methods known as loot boxes, in-game purchase consisting of a virtual container that awards players with items and modifications based on chance. In the United States, the United Kingdom, and Europe there is growing concern that digital loot boxes are leading to harmful behaviour among users and should be regulated in the same vein as gambling with several studies backing up the theory. Loot boxes are now banned in Belgium and the UK is considering placing a ban on them, while publisher Electronic Arts (EA) and Apple are facing class action lawsuits over loot box mechanisms in California.

To be sure, Epic Games too employs loot boxes as well. Fortnite currently has more than 350 million users, and while the major demographic for the games are aged 18-24, the game is still played by many minors. The effects of microtransactions on children are still being studied and an October 2019 report by the Children’s Commissioner for England revealed the complex behaviors that children exhibit when making in-app purchases. The report highlighted that children are often pressured into making purchases by friends for cosmetic items which have no effect on gameplay and betting on the outcome of a competitive match with in-game currency. The report added that this is contributing to the normalisation of in-app purchases is spurred by both game mechanics and peer pressure. The respondents of the survey also said that they are aware that loot boxes do not guarantee an outcome and gambling and that they get frustrated when they do not get a good outcome will opening the loot box, but nonetheless they feel compelled to buy more hoping to get a better outcome and keep chasing losses.

As games are now treated as a service, there is a constant pressure on studios to churn out more content for expansion packs and create new items for the games that can be purchased leading to employee burnout and constant crunch. It was well documented that Fortnite’s success was due to extreme crunch where employees were pressured to work 70-hour work weeks to churn out new content and mechanics.

In an interview, Epic Games’ Sweeny elaborated his vision of a Metaverse, a collective of shared virtual space which converges with physical reality and a persistent virtual or augmented reality. Games like Second Life and Minecraft which focus more on socializing rather than gameplay have become minor social networks as well. But in terms of advancing the idea of a Metaverse, Fortnite has been at the forefront with hosting virtual concerts in its Party Mode. It also has been partnering with studios to promote upcoming movies with themed events in the game. Facebook and Microsoft have been investing heavily in virtual reality (VR) tech and developing content for the same using the Oculus and HoloLens platforms. Google’s Stadia gaming platform can also be seen as an attempt to build a metaverse.

Sweeny iterated in the interview the importance of commerce on the Metaverse, and the need to make sure that creators get their fair share. This statement rings hollow with the culture of studios employing contract workers for projects and firing them after the completion. Sweeny asserts that the operating costs of transaction for a purchase on the Apple App Store is about 5% and that the rest 25% of the transaction is profit for Apple. He added, in contrast, Epic Games only charges 12% on its online store for other developers looking to host their games on their platform and that company makes only five percent profit from a transaction. As businessman, he is simply looking for a better deal for his games on the Apple Store. In fact, Apple in its countersuit revealed that Epic was looking to get more favorable deal on fees it charges on purchases like how Amazon negotiated a deal for itself.

However, Epic is also again looking to replicate the “freemium” model with the Unreal Engine and will not charge developers till they exceed revenue of $1 million (there after charge 5% on revenue earned) to increase its dominance over the gaming market. In the short term, it’s great for developers but there is nothing to stop Epic indulging in predatory practices once it attains critical mass. The company’s past behavior with respect to players using their monetization tactics does not inspire confidence.

As virtual world bleeds more into the real world, it’s important for regulators to study these developments and the effects they have on consumers. And as technology companies race to build a metaverse, it’s important for technology companies to build a more equitable system for creators and users and not be caught up with the “winner takes all” approach that Silicon Valley promotes.