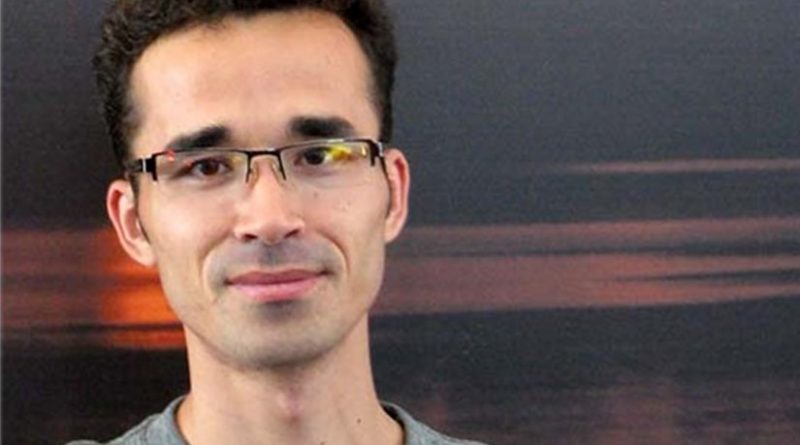 Omid Kokabee was arrested in 2011 at the Tehran airport on his way back to the United States of America after having visited his family in Iran. At the time, Kokabee was working on his Ph.D. in physics at the University of Texas Austin. He is considered a gifted student.

After 15 months in detention, he was accused of “espionage” and having “contact with enemy countries” and of “receipt of illegal payments”. The court was unable to provide evidence of these advanced accusations. Before the trial, he was not allowed to consult a lawyer.

During his solitary confinement, he was constantly interrogated and pressured to “confess” about people he had met at conferences. Some of these people were identified by the Iranian regime as having worked for the CIA. In January 2015, a ten-year sentence was confirmed by the appeal court in Tehran. Omid Kokabee is being hassled by other prison inmates, and he can hardly read scientific magazines or books that are provided by his family.

In a letter from prison, he writes: “They have literally taken my entire life and family hostage. What would happen to me if in the future I agree on collaborating with the regime and as a consequence learn about their confidential facts and secrets? What would they take hostage this time to ensure that they can trust me?”

Omid Kokabee is considered a political prisoner being held hostage in Iran because he refuses to work for the Iran regime and to betray other scientists and colleagues. In his defense, he wrote: “I was only a scientific researcher. I was not involved in any political activities or held any political views. But they threatened to send me to prison for 10 years if I refused to cooperate in nuclear projects with certain organizations against my will.”

Kokabee was awarded the 2013 Andrei Sakharov Prize by the American Physical Society for “his courage in refusing to use his physics knowledge to work on projects that he deemed harmful to humanity, in the face of extreme physical and psychological pressure.”

The Islamic Republic of Iran pretends that it’s adheres to superior moral values than, for example, the United States of America, especially what the incarceration of alleged Islamic terrorist at Guantanamo Bay prison is concerned, who have been incarcerated since 2001 without trail. To live up to the Islamic value system, the government of Iran should release Omid Kokabee immediately.