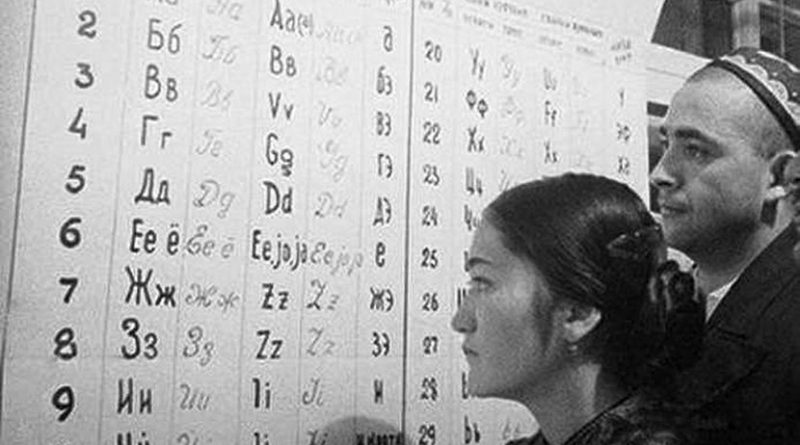 An estimated 7,099 languages are spoken throughout the world today. Almost a third of them are endangered — spoken by dwindling numbers — while just 23 languages represent more than half of the global population.

For years, researchers have been interested in the similarities seen across human languages. A new study led by University of Arizona researcher Masha Fedzechkina suggests that some of those similarities may be based on the human brain’s preference for efficient information processing.

“If we look at languages of the world, they are very different on the surface, but they also share a lot of underlying commonalities, often called linguistic universals or cross-linguistic generalizations,” said Fedzechkina, an assistant professor in the UA Department of Linguistics and lead author of the study, published in the journal Psychological Science.

“Most theories assume the reasons why languages have these cross-linguistic universals is because they’re in some way constrained by the human brain,” Fedzechkina said. “If these linguistic universals are indeed real, and if we understand their causes, then it can tell us something about how language is acquired or processed by the human brain, which is one of the central questions in language sciences.”

Fedzechkina and her collaborators conducted a study in which two groups of English-speaking-only individuals were each taught, over a three-day period, a different miniature artificial language designed by the experimenters. The two languages were structured differently from each other, and, importantly, neither was structured like the participants’ native English.

In both groups, participants were taught two ways to express the same ideas. When later tested verbally — asked to describe actions in a video — participants, in the phrasing of their answers, showed an overwhelming preference for word orders that resulted in short “dependency length,” which refers to the distance between words that depend on each other for interpretation.

The finding suggests that language universals might be explained, at least in part, by what appears to be the human brain’s innate preference for “short dependencies.”

“The longer the dependencies are, the harder they are to process in comprehension, presumably because of memory constraints,” Fedzechkina said. “If we look cross-linguistically, we find that word orders of languages, overall, tend to have shorter dependencies than would be expected by chance, suggesting that there is a correlation between constraints on human information processing and the structures of natural languages. We wanted to do this research to provide the first behavioral evidence for a causal link between the two, and we did. We found that when learners have two options in the input grammar, they tend to prefer the option that reduces dependency lengths and thus makes sentences in the language easier for the human brain to process.”

What Artificial Languages Can Teach Us

The researchers’ decision to use artificial languages for their study was strategic.

Among those drawbacks: It has been challenging to tease out the role of the brain.

“If you look, for example, at languages like Spanish and Italian, they share a lot of structural commonalities, but many of these commonalities are there because both languages originated from Latin,” Fedzechkina said. “Also, languages that are related to each other geographically often share structures, too — for example, due to population movement — even if they are not related historically. Once we take into account these historical and geographic dependencies, we might not have enough independent data points to convincingly test hypotheses about language universals.”

By teaching naïve study participants an artificial language that has certain structures that are not present in their native language, and then looking at what kind of structures they prefer after they have learned these languages, researchers can draw inferences about the causality underlying language universals, Fedzechkina said.

The finding gives researchers a better understanding of the role of human cognition in language structure and acquisition.

“We know from work on second language acquisition that learners’ native language influences the way they learn a second or third language, and the fact that our participants relied so strongly on the deeper underlying principle of human information processing rather than on surface word order of their native language was very surprising and very impressive for us,” Fedzechkina said. “We provide the first behavioral evidence for the hypothesized connection between human information processing and language structure, and we suggest that processing constraints do play a role in language acquisition, language structure and the way language changes over time.”

Home » Why Do We See Similarities Across Languages?