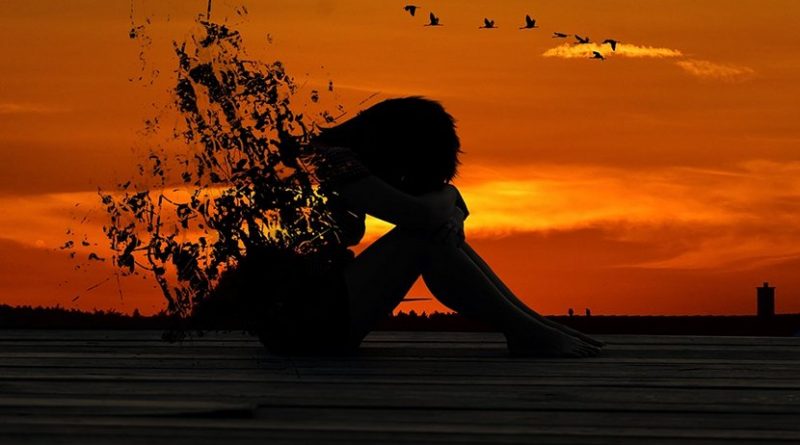 Dr. Ron Roberts is an Honorary Lecturer in Psychology at Kingston University, a Chartered Psychologist and Assoc. Fellow of the British Psychological Society. His new book is Capitalism on Campus: Sex Work, Academic Freedom and the Market.

Your book chronicles the rising rate of UK university students who work in the Adult Entertainment (AE) industry over the past two decades. Can you summarize why you think this is happening?

The marketisation of higher education, with the pushing of costs onto students: student loans and tuition fees, plus the abolition of maintenance grants. In addition to this, young people are living in an insecure hyper-materialist culture in which there are few well paid jobs available for them and yet increased demands to live well and participate in the consumer society. On top of all that the ‘mainstreaming’ of sexual consumption, and the move of the middle classes into different forms of sex work, as increasingly everyone must pay to keep the rich wealthy.

Are the rates of uni-student AE participation lower in Western countries with small or non-existent tuition fees, like Austria?

I could only speculate – there simply isn’t the data and researchers face serious difficulties trying to do the work. What we do know is that here (the UK), the US, in various countries in Europe and Australia, students have turned to sex work.

Do you think prostitution should be legalized, decriminalized in the Nordic model or should the government try to prevent women from wanting to become prostitutes through jobs programs/social welfare/etc.?

The Nordic model is a disaster, with evidence suggesting it is doing women no favours and only making the lives of sex workers more difficult and more dangerous. Personally I’m in favour of decriminalizing sex work. The women and men who work in the sex industry have a hard enough time as it is without the pressures that the law imposes.

The US Federal Reserve has spent trillions on post-Recession quantitative easing. Should the US government buy up the toxic asset that is the $1.5T student debt burden?

Another interesting question… If quantitative easing involved putting money directly into people’s hands (or bank accounts) it might have a much bigger effect on kick-starting economic activity. Rather than the Government buying the loans back, I would suggest a tax, either on capital gains or on corporate profits, to pay for it. University education provides free training in many ways for corporate America. It is high time that they paid for the benefits they get from these highly educated workers.

Should university education always be free?

In a nutshell, yes.

What do you think is the highest source of skyrocketing tuition fees: the conversion of universities to de facto corporate-vocational mills, the shifting of the bill from governments to individual students, or the explosion in the number of private universities?

All these factors you mention are essentially the same – the corporatization of education – the consequence of neoliberalism, which can only recognize the supposed costs of different activities and never the value. Turning universities into degree factories is going to have a whole host of negative consequences down the line. In fact, some of these unintended consequences are already here, like a society that has lost sight of how important critical thinking is.

You express a healthy skepticism of psychology, writing, “Psychology has been a willing accomplice in the privitisation of stress… with an enforced diet of positive thinking, psychotherapy, counseling, CBT [cognitive behavioral therapy] and mindfulness.” Do you think over-diagnosing and classroom/technological changes are responsible for most of the rise in rates of mental illness among young people?

I’m very skeptical of the whole concept of mental illness. I prefer to see issues in terms of the distress inflicted on people by the lack of power -both in their immediate environment and beyond.

But for sure, younger people are living and being brought up in an increasingly ‘toxic’ environment for human well-being. Over-diagnosis is certainly problematic. Throughout the Western world, we are seeing what are essentially moral and political problems and what Thomas Szasz used to call ‘problems in living’ passed off as medical issues. Thus, problems that are properly situated in larger social, economic and interpersonal contexts are being represented as individual ‘psychiatric disorders’. As the system collapses and continues in the same vein, we can expect to see more of the same – an extreme example of the way classical economics externalises all the costs of the current system of production.

Do you think the aggressive treatment of children with medium-impact disorders like Asperger’s and ADHD is the social equivalent of trying to force a round peg in a square hole? For instance, many of society’s greatest innovators are socially atypical.

We have lost sight of the fact that it is OK to be different – a ‘healthy’ society depends on it. One doesn’t need a medical diagnosis for it to be OK to be a bit different.

You’ve written a couple books that are critical of Western psychology. As a psychologist, how would you reform the field?

Perhaps I haven’t really got the space here…but I do see some encouraging signs (1) that psychology is making bridges with the arts and other disciplines (2) that the medical model of psychiatric disorder is increasingly being shown to be bankrupt and that 3) the intrinsically political nature of the discipline is being recognized. I’d like to see more emphasis on people: students and staff being encouraged/allowed to ask their own questions and for the discipline to comprise programs of study that people design for themselves – perhaps in collaboration with others.

Are helicopter parenting and an exam-based educational system emotionally stunting children in the UK?

I think there is a good case to be made that they are. In the UK, there is an obsession with testing and ranking. This is having a very damaging effect on people’s educations.

I wouldn’t describe it as political correctness – more the intentional suppression of academic freedom. The universities have forgotten that people who engage in sex work are human beings doing their best to make sense of this life. I do find it interesting that the discussions of academic freedom on UK campuses – about no-platforming various speakers for example- never discuss the real and much bigger problem of the curtailment of academic freedom in order to satisfy the corporate interests of universities and big business. Young people are struggling to gain control of their lives in an era when so much effort is being extended elsewhere to take it away from them.

I personally do not think so. Blaming student politics is a convenient distraction from the real problems on campus.