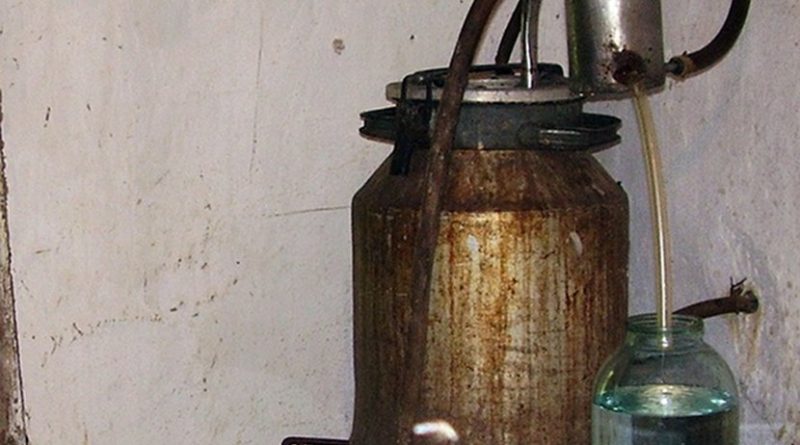 Russian experts say that there are now more than 10,000 Internet sites that illegally sell alcohol to Russians, that they earn more than 1.7 billion rubles a year, and that much of the alcohol sold is either samogon or adulterated in some way, thus undermining progress Moscow has made in cutting official alcohol consumption and improving public health.

But what is worse, these experts say, is that Moscow wants to legalize this trade, hoping to tax it. But the most likely outcome of such a move will be even more illegal operators who will undercut state prices by not paying taxes and that Russians will suffer even more than now (versia.ru/komu-vygoden-zakon-o-torgovle-alkogolem-cherez-internet-i-pochemu-surrogata-budet-vse-bolshe).

The Russian government is prepared to lift the restrictions in place since 2007 on the sale of alcohol via the Internet. But the health ministry is very much opposed arguing that “this will undercut the achievements of the anti-alcohol policy of recent years” and that it will increase rather than cut the amounts of dangerous surrogates Russians will unknowingly buy.

Bootleggers and other entrepreneurs long ago figured out various ways to evade the restrictions on online sales, and the health ministry and independent experts say there is no reason to think that many of them will agree to play by the rules in the future. Instead, they will feel themselves freer to continue to do what they’ve done and even expand.

Health officials also stress that official figures on alcohol sales and alcohol consumption aren’t to be trusted. In one study, in Voronezh over ten months in 2016, for example, Moscow’s Rosstat offered figures a third less than the local statistical organ reported – and offered no explanation for the difference.

Experts at Group-IB, an international monitoring company, say that there are more than 3,000 Russian sites which illegally sell alcohol and surrogates and that each of them is visited by almost 6,000 people a month. That means that these sites are currently attracting 18 million visitors, a figure that is far more than ten percent of the Russian population.

Vadim Drobiz, head of the Moscow Center for Research on Federal and Regional Alcohol Markets, believes that the turnover in illegal alcohol trade via the Internet has reached at least 10 billion rubles a year (140 million US dollars) and that the number of sites engaged in this trade is somewhere between 10,000 and 15,000. Both will go up with “legalization.”

And that will happen even if the government continues to block these sites. It has done so in the case of several thousand sites over the last decade, but such moves have done nothing to reduce the increase of purchases of alcohol and surrogates by Russians over that period. There is no reason to think that the new policy will be effective either.