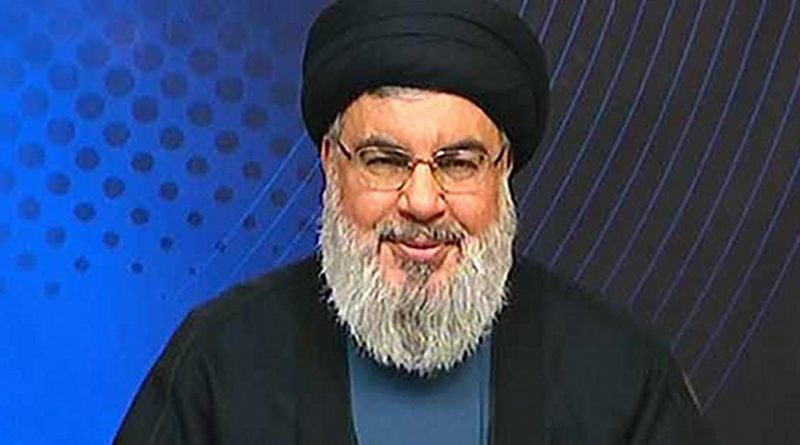 Following a stormy week in Iran, Hassan Nasrallah of Hezbollah has expressed his fears and those of other terrorist organizations which were created by Iran to be militant forces in the region. He blamed Iran’s crisis on the US and Saudi Arabia. The message of the Iranian protesters against the clerical regime has reached the leaders of the Arab militias and others who have been living at the expense of the Iranian people. It must have also reached their followers because they have been burying more and more of their dead in Syria, where those lives were sacrificed on behalf of the supreme leader’s regime.

Iran’s protests are purely Iranian. They are neither Saudi nor American; no outsider has anything to do with them. This does not mean that the international community will not help the protesters in the future if the regime continues its threats to regional countries, financing their enemies, and targeting their cities with missiles. Iran today is no longer a fortress; rather, it is an open space for those who want to help the angry protesters.

What happened in Iran is very significant. Demonstrations spread to about 50 cities around the country, and Iranians from all sects and ethnicities participated in them: Persians, Azeris, Kurds, Baluchis, Arabs, Shiites, Sunnis — even some clerics in the city of Qom itself. The participation of all these factions in the protests means that the regime does not any longer have a popular base, and this is the greatest danger the protests have shown.

The uprising of the Iranian people alarmed Nasrallah and other Shiite militia leaders in Iraq, Lebanon, Syria, and Yemen, as well as leaders of the radical Shiite opposition in Bahrain, Kuwait, Saudi Arabia, Nigeria, Pakistan, and other countries. It also threatens secret cells in Europe, South America, and Southeast Asia.

The clerical regime in Iran represents the radical Shiite ideology, and it inspires the Sunni Daesh organization in its aspirations to build an extremist Caliphate. The ayatollah’s regime runs a state of preachers, militias, suicide bombers, secret services, and secret cells. In order to finance its operations, it launders money and smuggles drugs. Its fondness for dominance has no limits, and its expansion continues in many parts of the region.

The demonstrations are an important development, weakening the Iranian regime which has become besieged by Iranians from the inside and regional and international forces from the outside. The two sides will force it either to change or to fall. Its first responsibility is to dismantle the international terrorist network which threatens international stability and drains the resources of the Iranian people. Iraqi Hezbollah, Lebanese Hezbollah, the Houthis in Yemen, the Fatemiyoun Division in Afghanistan, Al-Nujaba and Asa’ib Ahl Al-Haq in Iraq, the Islamic Front for the Liberation of Bahrain, Hezbollah Al-Hejaz, the Islamic Movement in Nigeria, the Jaish-e-Mohammed in Pakistan, and others — all of them form a huge network of terrorist organizations controlled by the ayatollah’s regime in Tehran through the Revolutionary Guards.

Iran after the demonstrations on the last Thursday of 2017 is not the same Iran that we knew before. It is now more prone to local upheavals which are more dangerous than American threats.

• Abdulrahman Al-Rashed is a veteran columnist. He is the former general manager of Al Arabiya news channel, and former editor in chief of Asharq Al-Awsat.