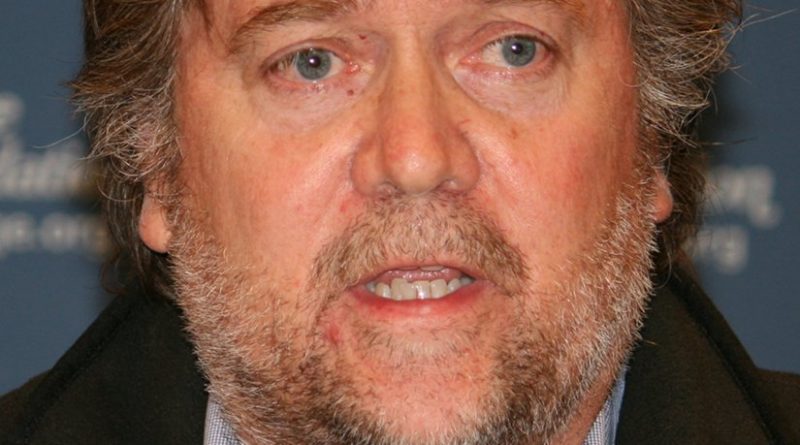 Nebojsa Medojevic, a Montenegrin MP and leader of the Movement for Changes, PzP party, which is part of the opposition Democratic Front alliance, said on Monday that he wanted his party to join American right-winger Steve Bannon’s The Movement after meeting its representatives in Brussels.

“We see The Movement as light at the end of the tunnel, and a historical movement to defend the sovereignty of states and the right of nations to elect a government that will defend their interests, not those of global banker fascists,” Medojevic wrote on Facebook.

Medojevic said that he had a meeting with the Belgian politician Mischael Modrikamen, co-founder of The Movement, with whom he talked about “the necessity of fundamentally reforming the European Union”.

“Montenegro’s experience in the process of EU integration showed that fundamental reforms must come as a result of the consensus between national elites,” Medojevic wrote.

The Movement is an organisation registered in 2017 whose aim is to help far-right groups in Europe and promote nationalism.

Bannon, who was chief strategist under US President Donald Trump and is the former executive chairman of the right-wing Breitbart News media outlet, has vowed to put his knowledge to the use of European rightists.

In September 2018, Italian far-right politician Mateo Salvini, who serves as the country’s Interior Minister, pledged support for Bannon’s The Movement.

Some of the members of Democratic Front, an opposition group of which Medojevic is part, are currently standing trial on charges of involvement in an alleged Russian-backed coup plot during Montenegro’s elections in October 2016.

Medojevic himself spent two weeks in prison for refusing to testify in a corruption case, but was released in December last year.

Montenegro is currently in negotiations to join the EU.