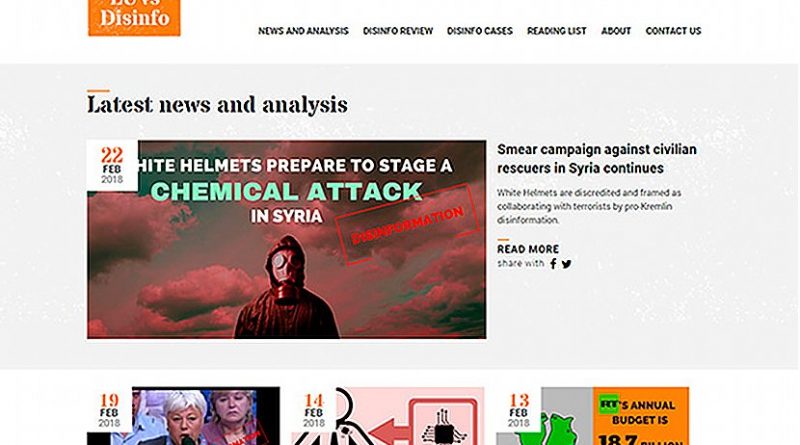 The hybrid practices of Russia and China have highlighted just how vulnerable European and Japanese security and defence policies are. These external challenges are important in themselves because of the trouble they cause military planners. However, they would not be of such import if governments had adequate communications (StratCom) policies to counter their impact on their own national populations. But StratCom policies can be either cross-sectoral (governmental) or sectoral (agencies).

Based on the lessons learnt in Iraq and Afghanistan, counter-insurgency doctrines show that the centre of gravity, that is, the decisive action that gives the advantage to one rival or the other, is not on the ground where armed forces fight battles but in the hearts and minds of their supporters, which is where strategic defeats or victories are achieved. Hence, military planners have moved from a military StratCom based on the battlefield to a new paradigm based on influencing perceptions very far away from them. Military planners have tried out policy narratives to influence the perceptions and expectations of their national populations regarding the intervention of their armed forces, but had only mixed results. However, neither the Europeans nor the Japanese have managed to design comprehensive StratCom polices that can match the ‘best’ practices developed by Russia, China and ISIS to motivate national supporters and demobilise foreign ones.

The strategic goal of this new range of StratCom weapons –information warfare, disinformation, influence operations and fake news, among others– is to achieve political success, not military victory. Thus, a StratCom policy should mainly be directed at the political rather than military level. Responses to StratCom threats may be reactive and proactive, either in reaction to the initiatives of rivals or in implementation of national StratCom policies. The governments of European countries and of Japan are making greater progress in the reactive approach to security threats than in being proactive, and more in the military or cyber aspects than in strictly political ones. Furthermore, the European and Japanese StratCom policies have been directed to a greater extent to foreign and international audiences rather than to reinforcing the cohesion and resilience of their own populations. A broader StratCom approach should be more inclusive and also cover internal perceptions.

A distinction should be made between practice and concept. Any StratCom policy will inevitably entail failures and miscoordination that can be corrected later by a better application, but a mistaken StratCom concept cannot be offset later by good practice. A second distinction refers to the target. StratCom is all about influencing others, but which ones? In its more limited sense, the ‘others’ are hostile and foreign players; however, StratCom should go beyond reductionist terms such as China, Russia or ISIS when determining its target audience(s). Here the role of strategic intelligence applied to StratCom is to identify the right target audiences (public, private, individual, local, networks, groupings…) in order to diversify the content of the messages. Third, identity must become part of StratCom policies. In the past, feelings of identity and loyalty used to be fixed but in the present day they change very quickly, both in domestic societies and in proxies. Thus, StratCom policies cannot rely exclusively on the perception of external threats but must also rely on the resilience and cohesion of the societies of Europe and Japan.

The StratCom concept that the governments of Europe and Japan should adopt to counter foreign StratCom policies is a key issue. A concept is an answer to a problem that has to be defined, tested and modified before being adopted. Although each country must find its own StratCom concept in response to its own particular strategic, political or social context, there are some general considerations to take into account:

For the time being, the European and Japanese governments have adjusted their StratCom policies to answer the strategic challenge they are facing. Narratives about defence and security policies became more significant in recent National Security Strategies given the visibility of the Russian, Chinese and jihadist threats. Thus, they continue to highlight to a greater extent external and strategic threats (hybrid, infowar, cyber and fake news) rather than reinforcing their common values and beliefs (political, economic or social). However, most of the national StratCom policies and agendas are exclusively devoted to diplomatic, military or security actors and issues. This approach is also visible in the NATO and EU collective concepts on StratCom. Hence, StratCom policies and concepts must evolve from the current approach towards a more comprehensive one including new actors, issues, procedures and instruments.