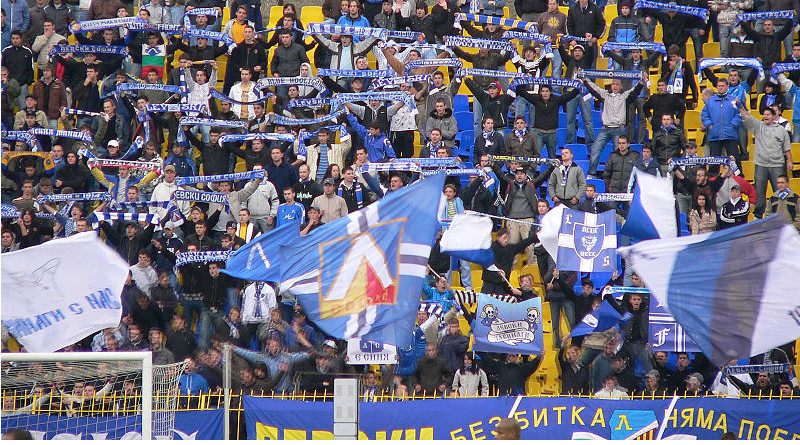 Boyko Borisov, the current Bulgarian Prime Minister and a representative of the charismatic leadership model in Bulgarian politics, has been a constant feature of the country’s political landscape since at least 2005. His policies have generally been regarded as reflective of the wide pro-European Union consensus in Bulgaria.

In a Europe that has seen the rise of Eurosceptic parties even in countries considered to be the at the heart of the European project, such as Germany (Alternative for Germany) and France (Front National), and which witnessed the official withdrawal of perennially Eurosceptic Britain on 31 January 2020, Bulgaria has had only one “soft” Eurosceptic party, Ataka, as part of its political patchwork.

However, a number of events over the course of the last six months have resulted in serious cracks appearing in the armor of the Third Borisov government.

October 2019 saw the prime minister demand the resignation of Borislav Mihaylov, the head of the Bulgarian Football Union, following a string of poor performances of the national team.  The trigger was nonetheless the racist controversy surrounding the Euro 2020 qualification match against England on 14 October, during which Black English footballers were subjected to racial chanting by sections of the Bulgarian crowd.

While Mihaylov obliged and Borisov’s move garnered the approval of a number of Bulgarians, more cynical voices were less convinced. They saw it as an attempt on the part of Borisov to further bolster his political image within Bulgaria due to the upcoming local elections (held on 27 October 2019) and also send the right message to his European partners, as the race-related controversy had generated headlines in many European media outlets and even invited critical comments from the British Prime Minister Boris Johnson.

The municipal elections themselves could only be qualified as a mixed success for GERB, with their candidate for mayor of the capital Sofia Yordanka Fandakova managing a narrow victory in the second round over independent candidate Maya Manolova (a former member of GERB’s main political rival, the Bulgarian Socialist Party). Sofia has since the 1990s not generally been a fertile ground for the success of left-wing political candidates, so Manolova’s strong showing rang certain alarm bells for the government. The party also lost its leading position in major cities such as Rousse and Yambol, seeing its general political influence reduced in comparison to the 2015 elections.

To compound matters, severe water shortages affected the city of Pernik in the beginning of 2020, resulting in small-scale protests, pressure from the opposition through no-confidence motions, as well as the sacking and arrest of the Environment Minister Neno Dimov.

In a climate characterized by a number of sociologists such as Daniel Smilov as having the makings of a political crisis, amendments to the Law on Gambling and a government-led action by the Bulgarian State Commission on Gambling in late January 2020 eventually resulted in the filing of multiple charges against businessman and gambling tycoon, Vasil Bozhkov. Bozhkov is currently in the United Arab Emirates and given the lack of an extradition agreement between Bulgaria and the UAE, there is uncertainty regarding the prospects for his return to Bulgaria to face an investigation.

Bulgaria is a country where sports and politics are frequently intertwined. Thus, the targeting of the richest Bulgarian (who is also the main financier of possibly the most popular football team in the country – PFC Levski Sofia) has resulted in concerns regarding the ability of the debt-ridden club to complete the season in the top division and even raised trepidations regarding its future status as a professional outfit.

The negative fallout for Levski Sofia as a result of Bozhkov’s ‘legal limbo’ status coupled with the suspicions that the government’s investigation was attributable to purely political motivations (including the possibility that it is attempting to divert attention from the water crisis in Pernik) have resulted in a number of protest actions. They have involved supporters of the club and have often been explicitly directed at Borisov. The demonstrations have so far not seen a massive turnout and not all supporters ascribe ulterior motivations to Borisov or attribute to him culpability for the dire financial situation at the club, but such developments may be seen as disconcerting from the standpoint of the government.

While the organized power of street supporter groups should not be overestimated, they have in the past played a decisive role in determining the winds of change for Bulgarian politics – on 10 January 1997, football factions were influential in the storming of the Bulgarian Parliament that targeted BSP MPs. This eventually resulted in the calling of snap elections, paving the way for the centre-right Union of Democratic Forces’ victory. Football supporters were also at the forefront of the January 2013 demonstrations against the First Borisov Cabinet that eventually resulted in his resignation.

What is also quite ironic and possibly alarming from the standpoint of the prime minister is that the major Levski Sofia supporter clubs have traditionally been regarded as right-leaning and thus more likely to be supportive of conservative and centre-right governments such as the one headed by Borisov, unlike their rivals from CSKA Sofia.

There is an agreement between both sociologists and biographers of Borisov that he has a tendency to be overly attentive to and base his decisions on the voice of the street, which is regarded as a character flaw (though also occasionally as an asset) of the prime minister. This personal trait, when coupled with Borisov’s strained working relationship with Bulgarian President Rumen Radev (who has issued 19 vetoes against legislative proposals of the government during the first two and a half years of his presidency), makes the political situation difficult from the standpoint of GERB. In fact, certain statements from Radev have been interpreted as an implicit encouragement for street protests against the government.

It is still too early to make the call as whether the third Borisov government will be able to complete its mandate (after being unable to do so during the first two times it took charge of the country – between 2009 and 2013 as well as between 2014 and 2017). However, what is clear is that unlike on previous occasions, Borisov’s party, GERB, may not be a clear favorite in the polls should the circumstances warrant that early elections be called.

An electoral defeat for GERB (which would essentially be the first of its kind in major elections since the founding of the party in 2006) may bring about a turnaround from the staunchly pro-EU consensus at the top echelons of Bulgarian governance.

For example, President Radev, who defeated GERB candidate Tsetska Tsacheva in the 2016 Bulgarian presidential elections, has generally displayed pro-Russian sentiments in his political stances. In 2017, he urged an end to the EU sanctions against Russia and also diverged from the EU mean by supporting the Russian position in opposing the Bulgarian government’s decision in 2019 to recognize Juan Guaidó as interim president of Venezuela.

The United Kingdom’s (traditionally among the most popular academic destinations for Bulgarians) departure from the European Union may also bring about certain procedural difficulties for Bulgarian students deciding to study there, and in addition cheapen the prestige of EU membership from the standpoint of Bulgarians. This can add a bottom-up to the already existent top-down dimension of disillusionment with Bulgaria’s current role as an obedient pupil within the EU.