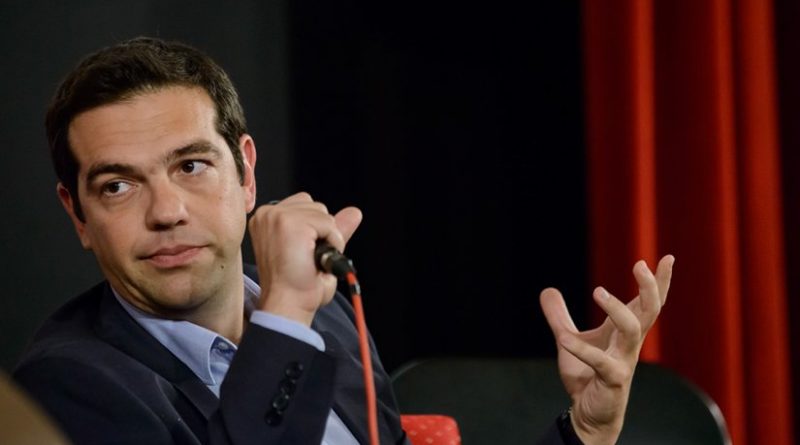 With the announcement that Greece’s impetuous game theorist turned finance minister Yanis Varoufakis has been pushed to the sidelines of Eurogroup negotiations to secure a 7.2 billion euro bailout package for Greece, markets and leaders alike have expressed optimism that a compromise can be found to stave off Athens’ looming default. While Varoufakis denies being pushed aside in the negotiating process, the talks are now largely being spearheaded by the Oxford-educated deputy foreign minister, Euclid Tsakalotos, and negotiations with international creditors in Brussels are being led by the finance ministry’s chief economist Nikos Theoharakis. In light of the new changes, Prime Minister Alexis Tsipras expressed confidence that a deal could be reached by May 9, just three days before Greece must repay 750 million euros to the IMF to avoid a default and a potential exit from the Eurozone.

Despite the much welcomed reshuffle, many of the underlying disagreements between the far left Syriza-led government and its creditors over pensions, labor wages, privatizations and deregulations haven’t gone anywhere. The finance ministry, in an attempt to illustrate its commitment to securing aid and speed up negotiations, has promised to present a draft reform legislation bill which will largely include concessions already discussed with lenders, mainly, reforms to battle corruption and tax evasion. However, this meager initiative is unlikely to satisfy an increasingly frustrated Eurogroup and will likely create further anger over Greece’s lack of will to undertake real structural reforms in the country.

Indeed, the current Syriza government appears to have missed many opportunities to revamp its economy by privatizing key industries, attracting foreign investors, and tapping into its vast resources to encourage growth and employment. While former Greek Prime Minister Samaras underscored the importance of Greece joining the “elite club of East Mediterranean energy actors”, Tsipras has undermined such goals and halted the privatization plans of Hellenic Petroleum and the Public Power Corporation. But with 4.7 trillion cubic meters of gas within its waters, or in other words 25% of European demand, Greece has the potential to become a valuable offshore producer and transport hub for the European continent. Although Athens’ blossoming relationship with Moscow and talks of a multi-billion pipeline deal to transport gas from Russia to Greece may be a politically dangerous tango, the importance of such an initiative to spur foreign investment into the country should not be understated. With an unemployment rate of 28%, privatizations of key sectors and the creation of a business friendly environment can play a valuable role in spurring growth and creating jobs.

The shipping industry, once a symbol of national pride and job creation, has largely fallen to pieces during the economic crash and shows little signs of rebounding unless the government attracts much needed investment to the sector. With annual inflows to the economy ranging between €13 and €19 billion, foreign firms have been keen to invest heavily into the shipping industry and revive it to its prior glory. China’s Cosco Group, which already operates two container terminals in the port of Piraeus – a hub for the Greek shipping industry that employs over 1,500 people – has been shortlisted to acquire a 67% stake in the state owned port. While the port was set to become a “gateway from China to Europe” and whose privatization was a key requirement for the EU-IMF 240 billion euro bailout, Syriza officials suspended talks upon their arrival in government.

As the Greek government barely managed to secure payments for pensions and salaries worth 1.7 billion euros this month, and was forced to gather funds from state entities and local authorities, it has become increasingly clear that it does not have the resources to invest into its strategic industries to restart growth and create jobs for its struggling population. By enacting some of the reforms that the Eurogroup has been demanding, such as privatizing key state assets and creating a business-friendly environment, not only can Greece give the economy and job market a boost, but in return the EU may loosen some of its other demands, such as changes to Greece’s labor laws and pension systems, in the essence of striking a deal.

What’s more, while the May 12 deadline is key to ensuring that Greece gets the last installment of its bailout and avoids a default, come June the EU and Greece will lock horns again, this time to reach an agreement on restructuring Greece’s debt, which currently stands at 175% of GDP. While many have been quick to point out that it is unrealistic for Greece to ever pay back its immense debts and that further austerity will cripple the economy further, future negotiations will largely be dependent upon the Syriza led government’s ability to show its dedication to reform key sectors to allow the economy to grow faster. By compromising their stance now and giving in to privatization and allowing foreign investors to save some strategic industries, notably energy, shipping, and ports, Greece can approach June’s second round of the high stakes game with a much higher hand than it holds today.

Home » Can Greece Bargain Its Way Out Of A Default? – OpEd