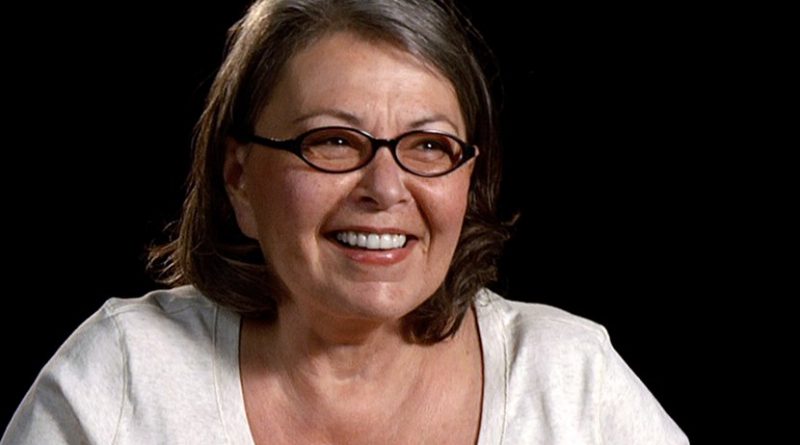 Can anything be said that doesn’t warrant an empaneled jury of twitting twats to determine the fate of an individual? It is evident that branding, marketing and selling can only be done in a context of controlled hypocrisy. Companies long happy to use celebrities as fronts for promoting products and the image of a television network have become obsessed with the idea of sensitivity.

While Roseanne Barr’s tweet describing former President Barack Obama’s senior advisor Valerie Jarrett in simian terms (“Muslim brotherhood & planet of the apes had a baby=vj”) was stingingly rude, the hammer option adopted towards her by the ABC was manic. Was the Roseanne Barr slated to return in her show meant to have been reformed, one more economical in her rattled, and rattling opinions?

The sense among the writers and producers was to fall in line. People were all meant to be horrified at this new creation, this new Barr. Executive producer David Caplan claimed to be helpless before the implications of the tweet. “I really wasn’t sure what to do because I didn’t feel like there was really any response to it. It was so far over the line and so loathsome that I suspected there might not be any coming back from it.”

Caplan recounted Barr during season 10 of the program. She was found to be “reasonable with the writers.” Despite disagreements regarding her political beliefs, she proved “reasonable to work with at that point.”

This suggests a bit of hand washing on Caplan’s part in anticipation of future employment: Barr’s tweet had nothing to do with work matters, and certainly nothing to with the scripting of the show. Keep new freaky marginalised, isolated, for fear of being contaminated.

This stomach turning sanctimony can be found in the idea that the ABC network is magically tolerant (family values and all that), and that Barr was somehow out of step. Take Hal Boedeker, who happily marches to a tune that is not only discordant but silly.

In the Orlando Sentinel, the righteous Boedeker made the following observation held down by the assumptions of pure fantasy: “Disney sends the message that it welcomes all. Barr violated the Disney philosophy with her racist tweet about former Obama adviser Valerie Jarrett.” As if it made any difference whatsoever, “Barr also had a history of bashing others with tweets, and she trafficked in conspiracy theories.”

What makes such mind addled assessments even more unearthly is the remark that Barr’s conspiracy theories do not cut it in the world of fantasy. (What runs for fantastic these days?) “Disney deals in fairy tales, not conspiracy theories.” A good reading of the text, subtext and inner meaning of many a fairy tale repudiates such a view. In-between readers such as academics keen to secure their next grant constitute, it could be said, a conspiracy of interpretation, finding a spectral hook upon which to hang upon the next questionable interpretation.

True to corporate form, the production vultures at the ABC are trying to find ways to move beyond RB for what is enthusiastically being proclaimed a salvation. Spin-offs are being sought, though they must be emphatic on one point: the absence of the protagonist that made it to begin with. In the manner that resembles something of a theft, Barr, according to The Hollywood Reporter, “would not be able to financially benefit from any new incarnation of the series.” (Legal minds, ready yourselves.)

The point about Barr is that she never changed, which might well be the problem. To understand the market and the nature of one’s employer is to understand how hypocrisies and cant might change at any given moment in time. The fury directed against her is the misplaced anger of the trend follower with the attention span of a light lured moth.

Treating Barr in such a manner is also bound to encourage others to come out with their scything swipes. An example is provided by Jonathan S. Tobin in The National Review, who has asked for “an amnesty for speech offenses.”

Ironically enough, in the age of Trump, where the ad hominem remark has been given a whole new lease of life, becoming total, normal and unstoppable, mechanisms of control and punishment are finding their bearings. Trust broadcasting to be one of them in their righteous corrections.

Those familiar enough with Barr would have taken her comment as deserving of a chastising, disturbed rebuke, a point she would have been more than capable of accepting. But debate before the lynch mob is nigh impossible. The noose speaks volumes, and expression can gradually slide into a dull, controlled oblivion.

Home » Roseanne Barr And the Issue Of Proportion – OpEd