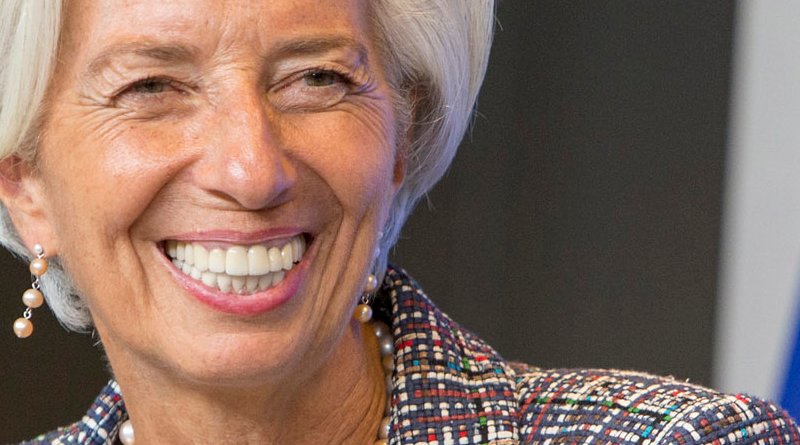 (EurActiv) — The European Central Bank announced on Thursday (4 June) that it will add €600 billion to its €750 billion bond-buying response against the coronavirus, in its first governing council meeting after Germany’s Constitutional Court ruled against the bank’s asset-purchasing programme.

The additional amount, which largely exceeded analysts’ expectations, will bring the total volume of the pandemic emergency purchase programme (PEPP) to €1.35 billion.

The central bank also decided to extend this monetary stimulus at least until the end of June 2021, or until it considers that “the crisis phase is over”, ECB President Christine Lagarde said  after the meeting,

The ECB could have postponed any decision by a month or two as it would not have run out of money until October, having spent a bit less than one-third of its envelope by late May.

Instead, the central bank opted to send another signal to investors about its commitment to avoid the risk of a turmoil in the sovereign debt markets and redouble its efforts toward achieving the inflation target of 2%.

For that reason, Lagarde said the ECB had decided to use “the most efficient, effective and flexible instrument we have at the moment” to return to pre-COVID inflation figures.

She explained that, by increasing PEPP by €600 billion, there was a “broad consensus” that the programme “would bring us over time significantly close to the pre-COVID inflation path”.

To date, Italian debt has been the main beneficiary of PEPP.

According to ECB figures released last week, the central bank has bought €37.4 billion of Italian sovereign debt. This is around €8 billion above its capital key, which governs the proportion of bonds the ECB can buy from each country, based on its share in the EU’s total population and gross domestic product.

The ECB’s decision to double down on its pandemic stimulus came after the German Constitutional court ruled last month that the central bank had acted “beyond its powers” with its asset-buying programme, and ignored the economic effects of its initiative.

The Karlsruhe-based court did not specifically judge the PEPP, but the similar “Public Sector Purchase Programme.”

The German judges questioned not only the independence of the Frankfurt-based monetary authority but also the primacy of the EU law, as their ruling clashed with that of the European Court of Justice, which cleared the ECB tool in December 2018.

The German court told its central bank (Bundesbank) to suspend the implementation of the bond-buying programme unless the ECB proves the proportionality of its monetary stimulus by August.

Lagarde said the ECB was “confident that a good solution could be found” in its dispute with Karlsruhe.

But she added that “in no way will we compromise the independence of the ECB, the primacy of the EU law and the decision by the European Court of Justice”.

PEPP, launched in March, came on top of another ongoing debt-purchasing programme, reinforced with €120 billion when the coronavirus crisis started.

In addition to the €1.3 trillion of sovereign and corporate debt that the central bank will buy in the markets, the ECB will also purchase €20 billion monthly until the end of this year.

The ECB’s decision to boost its monetary response to the pandemic came a week after the European Commission unveiled an unprecedented fiscal stimulus of €750 billion to cope with the recession triggered by COVID-19.

The revised outlook is more pessimistic than the bank’s projections for this year and the Commission’s spring forecast.

Lagarde said that “an ambitious and coordinated fiscal stance remains critical, in view of the sharp contraction in the euro area economy.”

In that regard, she welcomed the Commission’s proposed recovery plan, dedicated “to supporting the regions and sectors most severely hit by the pandemic, to strengthening the single market and to building a lasting and prosperous recovery.”

Home » ECB Doubles Down On Pandemic Response After German Ruling