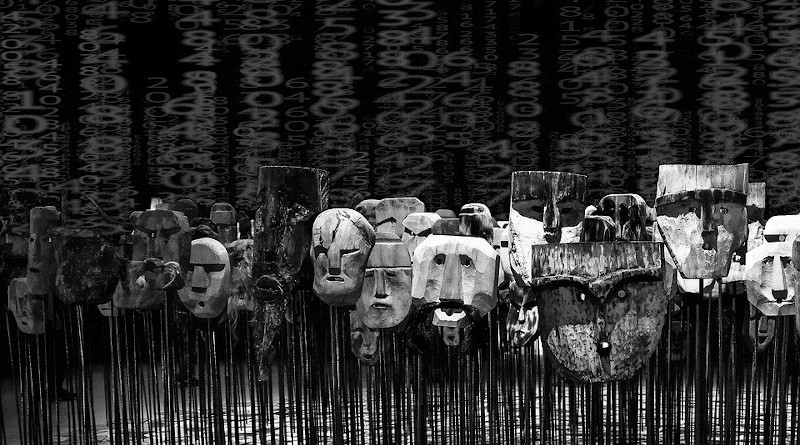 As online propaganda material specifically targeting Indian and South Asian ecosystems has been appearing more aggressively since the beginning of this year, counter-narratives and policy approaches towards the same need to be one step ahead of the propaganda material itself. While ideological propaganda is as old as salt on Earth, the advent of technological evolution and communications has offered a new wave for such propaganda to ride on, one that is difficult to check, regulate and address both technologically and via public policy.

With technological advancements has also come technological literacy by militant and terror groups. Conflict points in South Asia, such as Kashmir, offer an interesting study of the movements between online and offline terror propaganda. A lot of the current work on online extremism arguably keeps regular/consistent Internet connectivity as a given. However, an anomaly here offers an interesting paradox: do lower levels of online connectivity, below 3G or 4G, affect propaganda dissemination? Do terror groups find a way around these, or prefer to either stall online outreach completely or go back to the much more arduous world of offline propaganda?

In Kashmir, the Internet blockades and ‘downgrades’ from 4G to 2G since the abrogation of the state by the central government in August 2019 have raised an interesting question: is a slowed down Internet service across the state a metric for online propaganda to slow down, specially data heavy outputs such as videos?

According Ayushman Kaul and Khalid Shah in an article on Kashmir and the online space for extremists, the curbs on the Internet have not stopped or slowed down the pace of online propaganda. “Extremist propaganda posted by militant groups on Telegram, Twitter, Facebook, WhatsApp and other social media sites continues unabated, as malicious actors seek to take advantage of the paucity of credible sources reporting on the ground to spread disinformation and rumours,” Kaul and Shah write.

However, questions from the ‘other’ side also arise: even if the propaganda is produced at normal levels, is it being consumed at normal levels considering that both information by malicious actors and credible state information are using same bandwidths and platforms? Even if symbols and semiotics along with a mix of artificial intelligence and human moderators, are used by technology companies to fight against safe spaces for online propaganda by terror groups, does going back to rudimentary technologies, speeds, and obsolete Internet infrastructure factor in addressing the issue of online spaces for extremism? This could include low-quality jpeg and pdf images of propaganda and hand-written propaganda messaging (as viewed by this author) which the creators of this information seemingly believe have larger chances of survival on online platforms than well-planned, heavy productions. Some of these creators have also noted that non-English language propaganda, specifically regional languages, get little attention by the censors and platforms, adding an interesting dimension to these debates.

In the second part of this article, I would like to address the issue of online propaganda, languages, and indirectly the increasing use of non-English media in India and South Asia (also known as vernacular media). The launch of pro-Islamic State (IS) magazine in India, Voice of Hind, was followed by releases in Hindi and Urdu as well (although shorter versions of the original publications.

At the time of writing, a Bengali translation version was announced as well). IS propaganda has always been savvy when it comes to languages- IS propaganda via its central publications such as Rumiyah (earlier known as Dabiq) were available in more than 10 languages, including French, German and Russian. Voice of Hind’s additions in Hindi and Urdu follow a similar strategy.

The Hindi output offers an interesting insight. To begin with, it is not targeted at Kashmir or the usual pro-IS sympathiser cases in India that have largely come from the middle class sections, where English is widely read and written. The title given to the Hindi output is “गजवाये हिन्द की तैयारी” or ‘Preparing for wilayat Hind’. It is written in a very simple form of Hindi, skirting the use of complicated words and perhaps concentrating on simplicity and readability towards the intended audience which may be the Indian hinterland, the north and moving east Indian states of Uttar Pradesh, Bihar and West Bengal where the majority of the Indian Muslim population resides and Hindi is widely read, written and spoken.

This could also be seen as a parallel to Al Qaeda in Indian Subcontinent (AQIS) outreach in the region, where recently AQIS’s propaganda outlets were merged with Al Qaeda central’s control. AQIS has a separate ‘hinterland’ wing for India. Both IS and AQIS arguably are vying for similar outcomes by having propaganda targeting hinterland India, that of wedging further communal gaps between Hindus and Muslims as communal tensions remain exacerbated in sections of Indian society due to the success of Hindu-nationalist politics over the past few years.

The Urdu version offers an interesting window into the history of narratives and movement between offline and online of the same. The world of Urdu press in India is significant, and very little empirical research exists on how it covers extremist narratives, global wars in the Middle East, and other issues. While off and on mainstream English press in India has reports of Indian Urdu press condemning terrorism, the disjointedness and crevasse between vernacular and mainstream press in India adds significant gaps in both knowledge and information, in this case for both users of social media and technology platforms, and those who are tasked to keep these spaces safe.

The online space for jihadist propaganda is at the moment overtly active in India, with little capacity specifically deployed both in research and public policy to address the gaps in these rapidly developing national security challenges. Further, a more aggressive push is required today to bring these challenges upfront in security debates, specifically in India, which has a significantly busy, and chaotic national security environment and serious limitations of capacity.

This article originally appeared in Global Network on Extremism & Technology.