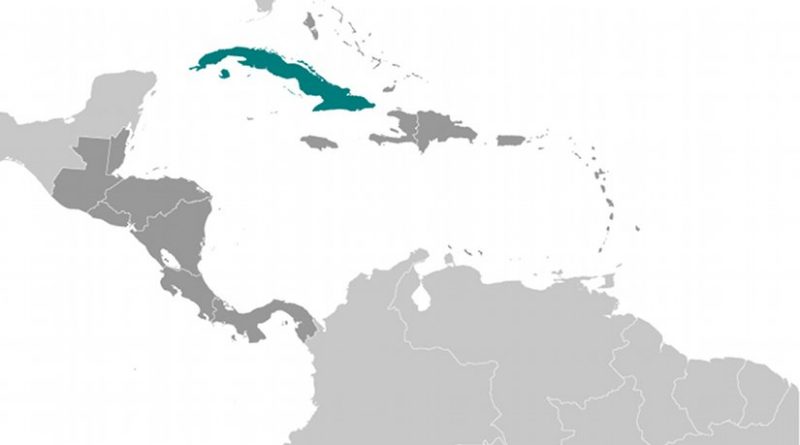 The reopening of Embassies and establishment of diplomatic relations between Cuba and the US after 54 years marks the start of a new chapter in relations. Diplomatic engagement opens another road towards resolving many issues that have bedeviled relations between these two neighbours. The development has been widely welcomed and opens up new possibilities

President Obama had indicated his intention to improve relations with Cuba as long back as 2005. But the opposition of hard-line Cuban Americans and their representatives in the Congress, and the imprisonment of USAID worker Alan Gross in 2009 stalled progress.

The recent thaw began with the release of Alan Gross from Cuban prison in exchange for the release of five Cubans imprisoned in the US since 1998 for spying. Gross’s release by the Cubans resulted in the Jewish lobby supporting détente with Cuba. A New Cuba-PAC has been set up to press for normalizing relations with Cuba. The success on this front encouraged President Obama and President Raul Castro to move further, and led to the decision to resume full diplomatic relations, broken off in 1961.

Cuban US relations have remained troubled since 1902, when Cuba gained independence but was put under US administration. The US Congress passed the Platt amendment under which the US ended its occupation of Cuba in return for Cuba’s acceptance of certain conditions in a treaty, including the US right to intervene in Cuba’s internal affairs. Since then the US has played a dominant role in Cuba’s internal affairs, including several military interventions.

In 1952, the US engineered a coup by Gen Fulgencio Batista who became president and led to a complete dominance of Cuba’s economy by US interests. The 1952 coup sparked the rebellion by Fidel Castro and his supporters, who ultimately ousted Batista in 1959. The revolutionary government was opposed by the US administration and Cuba turned increasingly to the USSR, and in January 1961 diplomatic relations were severed. In April 1961, the CIA sponsored an unsuccessful effort to land armed forces at the Bay of Pigs in Cuba to start a rebellion against Castro’s government. In 1962 the Cuban missile crisis further worsened ties, and the US further tightened economic sanctions against Cuba. In 1965 the Cuban Communist party (PCC) was formally established and became Cuba’s sole legitimate party in 1975.

Since 1961, US-Cuban relations have been trapped in a vicious circle of mutual hostility despite some efforts to improve relations by Presidents Johnson and Carter.

Nevertheless, cooperation on maritime boundary and migration issues led to some positive results. The collapse of the USSR, Cuba’s main economic and political supporter in 1991 greatly weakened Cuba, heightened US expectations of a regime change, and led to renewed US efforts to change the regime. In response, the regime became increasingly suspicious of political dissidents and cracked down on them. The shadows of the past continue to haunt US Cuba relations even today.

Establishment of diplomatic relations is a welcome development for the entire region and the world. The US blockade of Cuba and extraterritorial application of its laws had led to US disputes with third countries such as Canada, the EU others. The entire edifice of the blockade built up of layers of legislation over the years will need to be demolished. This requires the approval of the US Congress and overcoming the resistance of die hard opponents, especially a few well known Cuban-American legislators. On the positive side, many US states and businesses are keen to do normal business with Cuba, in sectors such as agriculture, food, tourism, logistics, pharma and biotech products, and oil and gas. They argue that such business would provide jobs and growth in many US states.

Politically, Cuban American votes have played a critical role in US Presidential elections in swing states like Florida, but this factor has declined in recent times. The new generation of Cuban Americans wants to relax travel restrictions, while the larger Hispanic American community generally supports normalization of relations.

The Cuban regime has also been careful to give the impression of being reasonable on human rights issues, and has involved Catholic Church in this effort. Cuba’s one party system led by the Cuban Communist Party (PCC) permits some choice of candidates at local level but not for the central parliament, which elects the Council of State headed by the President. The media and judiciary are also controlled by the PCC. A system of internal security based on local Committees for the Defence of the Revolution (CDR) ensures that any tendencies against the regime are nipped in the bud. The PCC controls the mass organizations such as labour unions, women’s and youth organizations, and enterprise level bodies. Poliical reforms in Cuba are likely to be slow and measured, largely within the ambit of the present one party system, as in China. The US is committed to achieving change to a multiparty democracy in Cuba, and will continue to promote this.

Cuba has made remarkable advances in health, education and sports. Its health indicators are among the best in the world, while it sends out competent medical personnel and medical brigades to other countries such as fighting AIDS in Haiti, Ebola in West Africa, etc. However, the inefficient state controlled system has been unable to make optimal use of Cuba’s agricultural potential and its high quality human resources remain underutilized, while entrepreneurship has been stifled.

Inevitably corruption has crept into state structures. The economy has become dependent on sugar and tobacco production while food security has suffered.

The state system of providing subsidized or free rations has proved impossible to maintain. The welfare state system of free education, housing and guaranteed employment, but at very low salary levels, is also under pressure. The government led by Raul Castro has gone in for economic reforms following the model of China and Vietnam and a limited opening for the private sector. The liftng of US economic blockade will lead to new opportunities for Cuban and foreign business and open more doors for Cuban Americans, flow of investments into the economy, revival of tourism and external trade, and small business growth.

Difficult issues remain to be resolved. Cuba wishes to get Guantanamo back and terminate what it sees as an illegally acquires lease over it. The US has claims for nationalized assets, while Cuba has claims for damages caused by the economic blockade and assets frozen by the US. Cuba wishes the US to end hostile propaganda, radio broadcasts, and social media aimed at changing the regime.

The US is pressing for greater human rights, release of political prisoners, and political changes. There is plenty of work ahead for diplomats from both sides.

Opponents of normalization argue that Cuba is now weakened due to problems in Venezuela, its important economic and political ally and could be pushed to a collapse.

However, continued economic pressure may lead Cuba to increase its dependence on China and Russia, which would be against US strategic interests.

A dramatic collapse of the Cuban regime would also not be in US interests, leading to a wave of migration across the Florida straits. The Obama administration’s policy makes sense therefore, and serves to meet US long term interests, while helping the Cuban people, and opens up new possibilities.