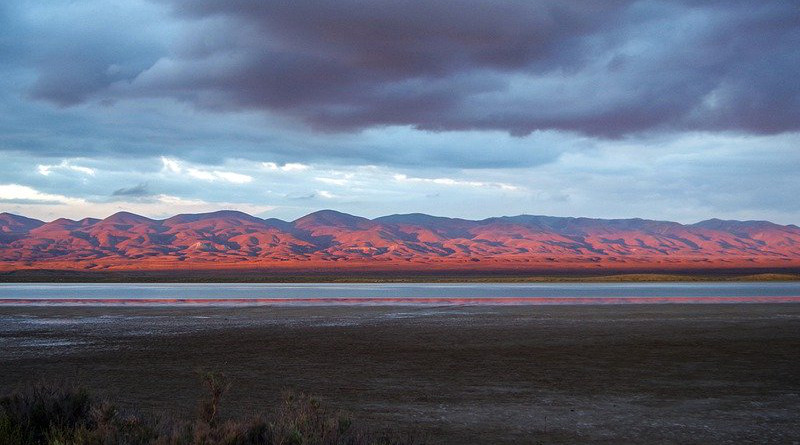 Rock-melting forces occurring much deeper in the Earth than previously understood appear to drive tremors along a notorious segment of California’s San Andreas Fault, according to new USC research that helps explain how quakes happen.

The study from the emergent field of earthquake physics looks at temblor mechanics from the bottom up, rather than from the top down, with a focus on underground rocks, friction and fluids. On the segment of the San Andreas Fault near Parkfield, Calif., underground excitations — beyond the depths where quakes are typically monitored — lead to instability that ruptures in a quake.

“Most of California seismicity originates from the first 10 miles of the crust, but some tremors on the San Andreas Fault take place much deeper,” said Sylvain Barbot, assistant professor of Earth sciences at the USC Dornsife College of Letters, Arts and Sciences. “Why and how this happens is largely unknown. We show that a deep section of the San Andreas Fault breaks frequently and melts the host rocks, generating these anomalous seismic waves.” The newly published study appears in Science Advances. Barbot, the corresponding author, collaborated with Lifeng Wang of the China Earthquake Administration in China.

The findings are significant because they help advance the long-term goal of understanding how and where earthquakes are likely to occur, along with the forces that trigger temblors. Better scientific understanding helps inform building codes, public policy and emergency preparedness in quake-ridden areas like California. The findings may also be important in engineering applications where the temperature of rocks is changed rapidly, such as by hydraulic fracturing.

Parkfield was chosen because it is one of the most intensively monitored epicenters in the world. The San Andreas Fault slices past the town, and it’s regularly ruptured with significant quakes. Quakes of magnitude 6 have shaken the Parkfield section of the fault at fairly regular intervals in 1857, 1881, 1901, 1922, 1934, 1966 and 2004, according to the U.S. Geological Survey. At greater depths, smaller temblors occur every few months. So what’s happening deep in the Earth to explain the rapid quake recurrence?

Using mathematical models and laboratory experiments with rocks, the scientists conducted simulations based on evidence gathered from the section of the San Andreas Fault extending up to 36 miles north of — and 16 miles beneath — Parkfield. They simulated the dynamics of fault activity in the deep Earth spanning 300 years to study a wide range of rupture sizes and behaviors.

The researchers observed that, after a big quake ends, the tectonic plates that meet at the fault boundary settle into a go-along, get-along phase. For a spell, they glide past each other, a slow slip that causes little disturbance to the surface.

But this harmony belies trouble brewing. Gradually, motion across chunks of granite and quartz, the Earth’s bedrock, generates heat due to friction. As the heat intensifies, the blocks of rock begin to change. When friction pushes temperatures above 650 degrees Fahrenheit, the rock blocks grow less solid and more fluid-like. They start to slide more, generating more friction, more heat and more fluids until they slip past each other rapidly — triggering an earthquake.

“Just like rubbing our hands together in cold weather to heat them up, faults heat up when they slide. The fault movements can be caused by large changes in temperature,” Barbot said. “This can create a positive feedback that makes them slide even faster, eventually generating an earthquake.”

It’s a different way of looking at the San Andreas Fault. Scientists typically focus on movement in the top of Earth’s crust, anticipating that its motion in turn rejiggers the rocks deep below. For this study, the scientists looked at the problem from the bottom up.

“It’s difficult to make predictions,” Barbot added, “so instead of predicting just earthquakes, we’re trying to explain all of the different types of motion seen in the ground.”