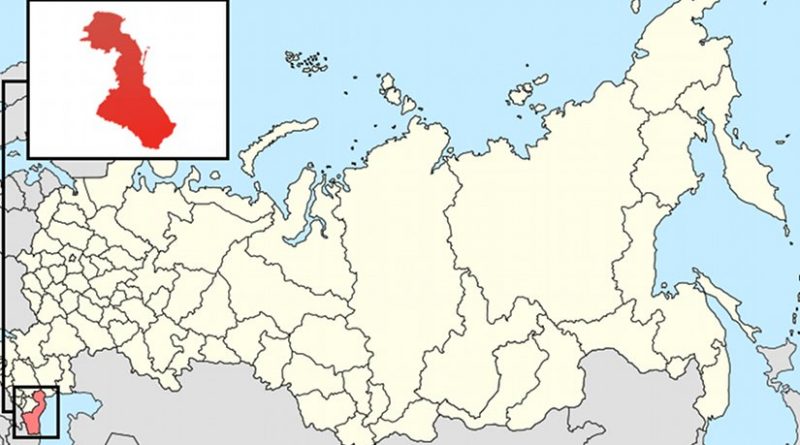 Russian outlets are putting out the line that Daghestanis themselves are pleased that the Kremlin has named an ethnic Russian to head their republic because only such a person, they reportedly believe, can navigate the complicated ethnic situation in that North Caucasus republic.

There may be some basis for that conclusion in Daghestan given that it lacks a single dominant ethnic group and that many of the members of one nationality there may prefer an outsider, even an ethnic Russian, in the top job rather than a representative of one of their competitors.

But the claim, circulated by Moscow’s Vzglyad among others, that “many Daghestanis said: send us an ethnic Russian” (vz.ru/politics/2017/10/3/888906.html) almost certainly overstates the enthusiasm of any of them, including the former republic head who urged his replacement not to engage in any sweeping purge of the Makhachkala administration.

However, there is even stronger evidence of feelings about the nationality of the republic head than that. Makhachkala’s Chernovik publishes a story that despite the official biography of the new head which says his mother was a Russian and his father a Kazakh, some in Daghestan are saying he really has “Daghestani roots” (chernovik.net/content/lenta-novostey/u-vrio-glavy-dagestana-vladimira-vasileva-nashlis-dagestanskie-korni).

According to a Daghestani journalist, people in Derbent, a city in southern Daghestan, are celebrating the new man because they say that “the real father” of the new republic head is Abduali Guseynov, an ethnic Azerbaijani and war veteran. According to the journalist, the new governor has often visited the extended family of Guseynov.

On the one hand, this may be an attempt to “domesticate” the new governor and to gain an upper hand for one group within Daghestan. And on the other, it may be nothing more than the kind of wishful thinking many people engage in when change happens. But at the very least, it highlights the continuing importance of nationality whatever Moscow thinks.

Home » Does Nationality Of A Republic Leader Matter? More Than Moscow Thinks – OpEd