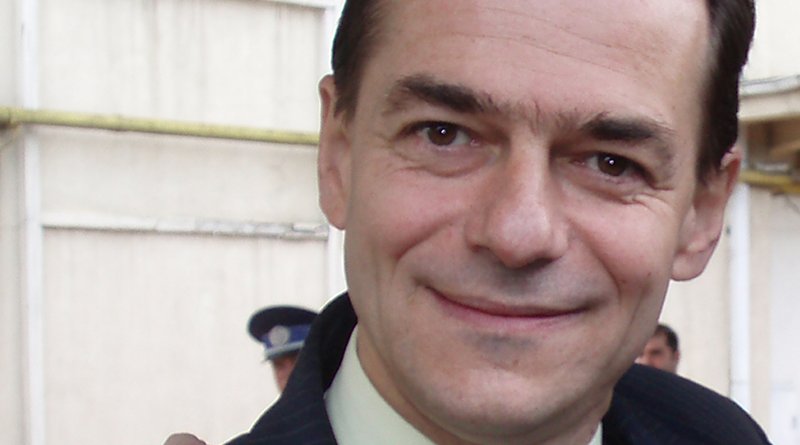 PM-designate Ludovic Orban got the necessary backing of Romania’s parliament on Monday and so took over from Viorica Dancila as the new Prime Minister.

National Liberal Party leader Ludovic Orban was voted in as the new Prime Minister of Romania on Monday, in a parliamentary plenary session that Social Democratic MPs boycotted.

His government will take over from the Social Democratic Party, PSD, prime minister, Viorica Dancila, who was toppled on October 10 in a no-confidence vote. The new PNL cabinet needed the backing of at least 233 of the 465 MPs and got the support of 240.

Orban’s government obtained the support in parliament of all the parties that voted to oust the former government except for PRO Romania, a small party led by former PSD chief and former prime minister Victor Ponta.

But some PRO Romania and PSD legislators broke ranks with their leaderships and backed Orban, whose party holds only 96 of the 464 seats in the two chambers and will lead a minority government.

Both the PSD and PRO Romania ordered their MPs not to attend the plenary session for the vote in an unsuccessful attempt to render it invalid because of the lack of a quorum.

Orban called their behaviour irresponsible. “I don’t remember anything like this happening in the last 30 years,” he said about the antics of the two centre-left parties, accusing them of showing “a complete lack of respect for Romanians”.

After condemning his political rivals, Orban spoke about solving the country’s economic and financial problems, which he attributed to the failings of the PSD government.

He also promised to undo the alleged wrongs his predecessors had done to the justice system and restore the country’s fractious relations with the European Union.

Orban was designated prime minister by the centre-right President, Klaus Iohannis, who was often at odds with the now toppled PSD government.

He reminded MPs during his speech in parliament that the PNL will not govern for more than a year, as the present legislative term must end in December 2020 at the latest.

The new government was elected into office shortly before Romania goes to the polls next Sunday in the first round of presidential elections.

President Iohannis is the undisputed favourite in a race also contested by Dancila – and by other candidates that hope to beat the PSD candidate and face Iohannis in the run-off, due on 24 November.