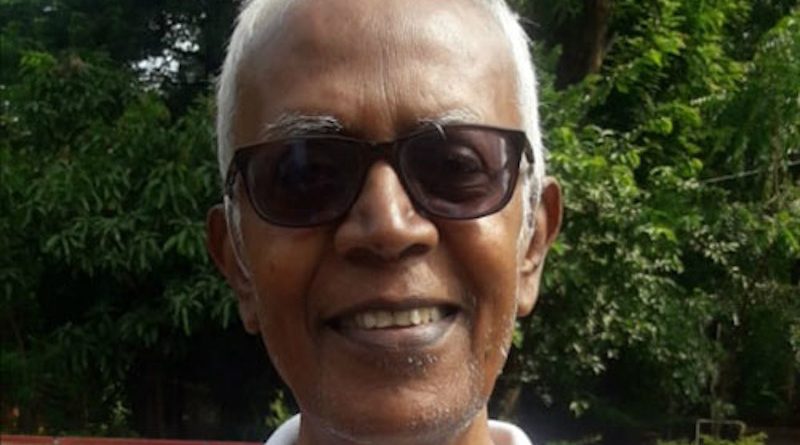 The state of Jharkhand is one of he most backward states of India. It was carved out as the 28th state of India in the year 2000. Jharkhand means, the land of forests. The state accounts for more than 40% of the mineral wealth of India (1). As per the census of 2011, the state comprises of a tribal population of 26.2% predominantly in the rural areas. The state has a whooping 39.1% of its population under poverty line as per the United Nations Development Programme

The state has no clear policy acceptable to the indigenous tribals in terms of extracting mineral wealth from predominantly tribal lands. From Tata steel to Arcelor Mittal to Jindal steel, all the top players in the stell industry have exploited the resources of the state and faced severe protests. The royalty fixed by the central government for mineral mines is very low, thus benefiting private mining firms than the state.(2)

The three resources that are close to the heart of any tribal in the area is Jal (Water), Jungle (forest) an Jameen (Land), which they own but often lose to the vested interest aided by the state forces.

The loot of the tribal lands which started during the British imperialistic rule continues unabated even to this day, instead of the British it is now the MNCs.

This is an area where a number of missionaries have contributed a great deal to the development of the place in terms of providing quality education, health care and other basis necessities. Among them the Jesuits were pioneers in the field of spreading education, awareness. Tribal rights, social justice in the region. This goes against the interest of many non-tribal communities and big industries which have been exploiting the tribals for many decades.

It is in this context that an eighty three years old, Fr. Stanislaus Lourduswamy, popularly called as Stan Swamy, a Jesuit priest from Jamshedpur Jesuit Province was arrested by the National Investigation Agency on the 8th of October 2020 at 7.30 P.M under the Unlawful Activities (Prevention) Act. This shook the conscience of the human rights respecting world as Fr. Stan was known for his work among the Tribals, who are called as Adivasis, meaning indigenous people.

Mary Lawlor, the United Nations Special Rapporteur on Human Rights Defenders has tweeted from her official Twitter account: “Hearing worrying reports of #humanrightsdefender Stan Swamy being taken into custody by the @NIA_India in Ranchi, Jharkhand”.

Hemant Soren, Chief Minister of Jharkhand, said “The way Stan Swamy has been arrested today, it could happen to any of us tomorrow – or it could even escalate further to people being killed”. (3)

Dr. Shashi Tharoor Member of Parliament tweeted, “Arresting an 83 year old social worker who has brought help to the helpless for decades is a national disgrace. It’s also eroding our country’s standing as a liberal democracy in the eyes of the world”.

Fr. Stan suffers from multiple ailments including Parkinson syndrome and finds it difficult even to sip a cup of tea! If that is the case how can this man be an urban naxal or a terrorist is a question to be answered by the investigation authorities.

The charge against Fr. Stan is that he was one of the conspirators of the Bhima Koregan case (for further reading on the case refer https://www.indiatoday.in/india/story/what-happened-at-bhima-koregaon-1326175-2018-08-29).

It is interesting to note that the other fifteen people arrested in this case are all very well-known human rights activists and people who have earned respect as academicians who have selflessly worked for the upliftment of the Dalits and the Adivasis in India.

Fr. Stan is the oldest among them and he claims not to have even seen Bhima Koregoan. Fr.Stan is a well known Adivasi and Dalit rights activist.

Hailing from a remote village in Tamilnadu, he chose to join the Society of Jesus and become a Jesuit priest as the Jesuits were in the forefront of social activism and social action throughout the world and brought about a change in the world through the most powerful device – Education. He left the luxuries of South India and opted to serve the most underprivileged and voiceless Adivasis in the then state of Bihar.

He was very closely associated the All India Catholic University Federation (AICUF), a students movement championing the cause of a just world taking up the cause of the rights of the dalits, adivasis and women. As a pioneer in social action, he was very much instrumental in the setting up of the Indian social Institute, Bangalore which is a very well-known human rights training centre working with many marginalised groups from rural south India.

His quest for justice led him to fight for the rights of the Adivasis towards self-rule and he was in the forefront to demand a separate state for the Adivasis in the form of Jharkhand. He has identified that Jharkhand has 40 natural resources which the landed and powerful industrialists, Multinationals and vested interests have looted from the adivasis.

He has constantly fought against big projects as they cause large scale displacement of the Adivasis uprooting them from their traditional homelands. He has also led many anti-mining campaigns as the Adivasis have lost their land, rights and identity. He has equally fought for the right of Dalits and more specifically equal rights for all Dalits including Dalit Christians.

He has championed the cause of Adivasis to have their basic entitlements fulfilled in the form campaigning for education, clean drinking water, health services, educational facilities and he has opposed the land bank schemes of the Jharkhand governments in the past. He has always been a motivator and an inspiration to the students. He is not just an activist but also an academic. He has authored many books and contributed articles including:

He played a leading role in the Jharkhand Organisation against Uranium Radiation (JOAR), a campaign against Uranium Corporation India Ltd in 1996. Fr. Stan rightfully said, “Every mine that is dug, not only destroys the green forests, fertile lands and water bodies but also often displaces entire village habitations”.(4)

The underdevelopment in the area has led to Naxal activities in the area, most often it is the innocent Adivasis who are arrested without any valid evidence or proof and are jailed. In 2010, he published a book titled Jail Mein Band Qaidiyon ka Sach (The truth of jailed prisoners).

Fr. Stan has been campaigning for the release of nearly 3,000 innocent Adivasi undertrials who were arrested over a period from 2014 to 2015. He formed the ‘Persecuted Prisoners Solidarity Committee’ (PPSC), so that the undertrials could collectively intervene in the court, seeking immediate bail and speedy trial, who are mostly youth and cannot afford legal recourse as they come from very poor families.

The state agencies in collaboration with the MNCs have sent a very clear message that if anyone who fights for the voiceless will be vulnerable to state high handedness and have to bear the brunt of being jailed. The arrest of Fr. Stan is to silence the struggles of the ordinary people against the powerful vested interest. Fr. Stan has confronted many similar situations and is determined to continue his struggle against the unjust incarceration.

By arresting this old man, the authorities in power have shown how intolerant they are, but the struggle for justice will continue as the women and men trained and inspired by Fr. Stan will continue this fight for justice.

Home » An Adivasi Crusader Under Trial: A Blot On Indian Democracy – OpEd

8 thoughts on “An Adivasi Crusader Under Trial: A Blot On Indian Democracy – OpEd”