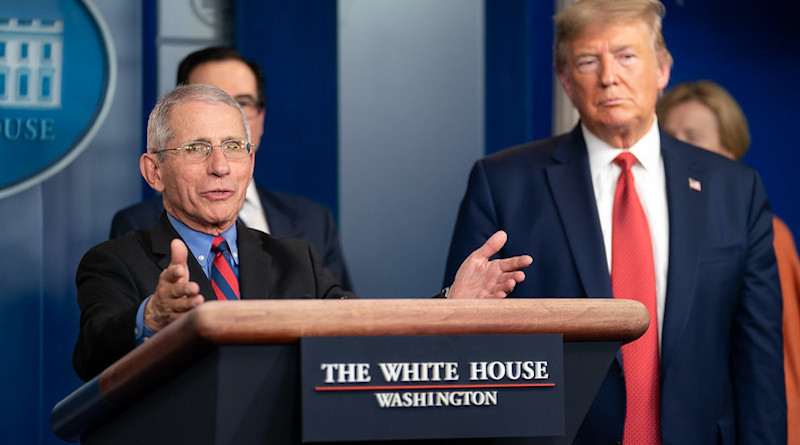 “Gain of function” (GOF) research involves the manipulation of viruses, and during the current pandemic it has not received the attention it deserves. According to the National Institutes of Health Office of Science Policy, GOF has “the potential to enhance the pathogenicity or transmissibility of potential pandemic pathogens (PPPs)” and has thus “raised biosafety and biosecurity concerns.” Dr. Anthony Fauci of the White House Coronavirus Task Force recognized those concerns in 2012 for research on the highly pathogenic H5N1 influenza virus.

“We need to be certain that the fundamental purposes of this work, together with its risks and benefits, are understood by multiple stakeholders, including the general public, and that decisions are made in a transparent manner,” wrote Fauci, who wondered, “what if that scientist becomes infected with the virus, which leads to an outbreak and ultimately triggers a pandemic?” Given the possibility of such a scenario, “should the initial experiments have been performed and/or published in the first place, and what were the processes involved in this decision?”

As Talha Birk noted in The Lancet, the National Institutes of Health banned GOF research in 2014 but revived it in 2017 over the objection of many scientists. The NIH and the State Department also approved the Wuhan Institute of Virology (WIV) as a collaborator. How much money the NIH gave to the Chinese lab is a matter of dispute, but it is clear that the funds were channeled through NIAID for research on coronaviruses that originated in bats and can affect humans.

Should this research have been conducted in the first place? Were the decisions made in the transparent manner Dr. Fauci recommended in 2012? Did a scientist become infected with the virus, and did that lead to an outbreak and trigger a pandemic? To say the least, these are legitimate questions and the spending of U.S. taxpayer dollars makes it a public issue.

At first opportunity, Congress should subpoena all records and communications between the NIH and the Wuhan lab. Legislators should put Dr. Fauci under oath and press the NIAID boss on what he knew and when he knew it. What is not in dispute, meanwhile, is the people’s right to know, particularly in light of what they have suffered through no fault of their own.