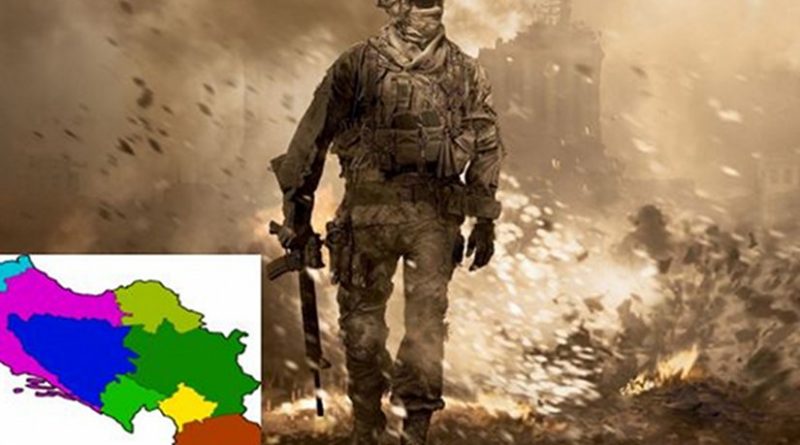 Wanted to be a joker, became a clown … The problem with Europe’s South-Slav areas — when talking about the observing and assessing of viewership, ratings, and primetime — is that it is not that different at all from the area of, for example, the developed North.

To demonstrate this, please, allow me to ask how many of you, dear readers, knows the name of the young man and the girl who was been killed by A.B. (77 of them killed 2011 from Norway – do not want to give him another opportunity for advertising?) Out of 100 (one hundred) of you, it may be 2 (two) of you, and solely due to family or professional ties to the above event would know the name of one of them. However, everyone knows the full name of the animal B.

That is why my disappointment is even greater when I see that a public broadcaster, which bears the name of Federal Television of Bosnia and Herzegovina, giving the space within the duration of feature extremely watched TV show “Honestly” (amazing word: “Honestly”) on a days 1st day of the month of December within Anno Domini 2014. They gave space to another animal, V.Š. (whose name also I do not want to draw up to the surface, to avoid again advertisement of something that is really advertisemento for committing evil) at the same time doing nothing on the air to be different, more professional, from the neighborhood media (from other countris of the Former Yugoslavia). There are so many lamentations were in and around V.Š. that we are free to call all of the above on his return from The Hague court reincarnation of insanity.

It is immaterial whether the world wanted to send a message to Serbia due to non-introduction of sanctions against Russia, and Serbia will never do that (as I said on Friday, 28.11.2014. in an interview to Radio Sputnik-in, the former Voice of Russia in English) because Slav will never go agains Slav, unless we are not talking about territories, or, pardon, assimilation.

It is immaterial whether the return of war Duke of the extreme orientations was with the aim destablization even the region.

It is immaterial whether we went back twenty years in the past and that is again in front of us open the gates of hell what somebody call – the war.

However, it is very much important that the public service, FTV, through amateur, unprofessional and absurd way represents the animal V.Š. during primetime broadcasting, while the country(s) of former Yugoslavia still did not reach the GDP, which is at the very end of it had the above mentioned former state.

However, it is very much important that the public service, FTV, through amateur, unprofessional and absurd way represents animal V.Š. during primetime broadcasting, while speaking about the ideology of one flawed personality, forget that just 10 months ago has been burned building of the State Presidency of Bosnia and Herzegovina. Because of the hunger citizens and the people of this country.

And when we talk about Serbia and Croatia and relations and attitude towards V.Š. to talk about V.Š. within that shape of the manifestation is negligible. For what reason? Because they were together: V.Š. and V.Š with the same initials and one is from Zagreb and the other one is from Belgrade. And they were the ideologues of Greater Serbia, but also of the Great Croatia. Neither of them have been sentenced for mentioned.

It’s hard to say. Why? Remember Saddam Hussein and Hosni Mubarak. Are they people feel better today, since the introduction of democracy? The answer is erased by the storm, as the desert, as well planetary kind. Of nonsense.

While V.Š. from Serbia, within the desire to be the Joker, became the Clown. What about us? Les Miserables, whom are laughing through the tears laughin. Not to the clown, but to ourselves.

Home » South-East Europe On Edge Of Civilization: Depending Whom You Ask – Essay