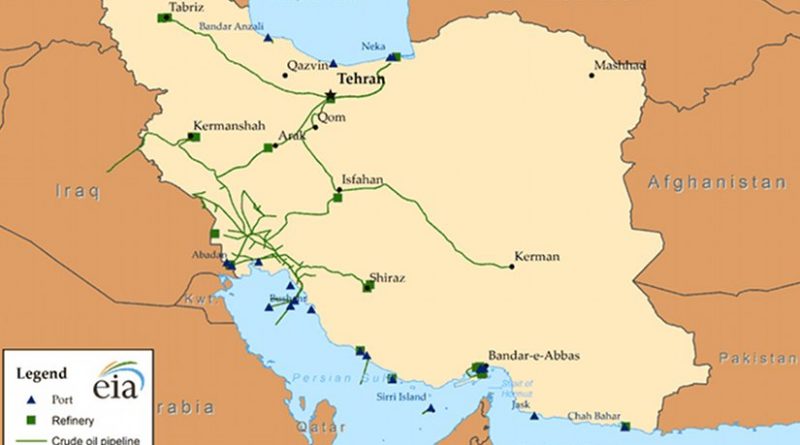 Iranian President Hassan Rouhani shrugged off the US’ plans to cut the Islamic Republic’s oil exports down to zero and said Washington is not able to do so but if that were going to happen, no oil would be exported from the Persian Gulf.

“The US should be aware that we are selling our oil and we will (continue to ) sell it and it would not be able to block Iran’s oil exports,” Rouhani said, addressing a gathering of people in the northeastern city of Shahrud on Tuesday.

The US should realize that if one day, it seeks to prevent Iran from exporting oil, no oil will be exported from the Persian Gulf, he warned.

Saying the Washington government is seeking to undermine Tehran’s relations with the world, Rouhani underlined that the US would not be able to separate Iran from regional nations, with whom the Islamic Republic has had close ties for centuries.

Rouhani further pointed to US plots to cut Iran’s trade relations with regional and world countries, saying that it is unable to do so.

The remarks came as tensions between Iran and the US have escalated since US President Donald Trump walked away from the 2015 nuclear deal between Iran and world powers in May and re-imposed sanctions on the Islamic Republic.

US officials have repeatedly claimed that they aim to cut Iran’s oil exports to zero.

Following the US exit from the nuclear deal, Iran and the remaining parties launched talks to save the accord.

Trump on August 6 signed an executive order re-imposing many sanctions on Iran, three months after pulling out of the Iran nuclear deal.

He said the US policy is to levy “maximum economic pressure” on the country.

The second batch of US sanctions against the Islamic Republic took effect on November 4.