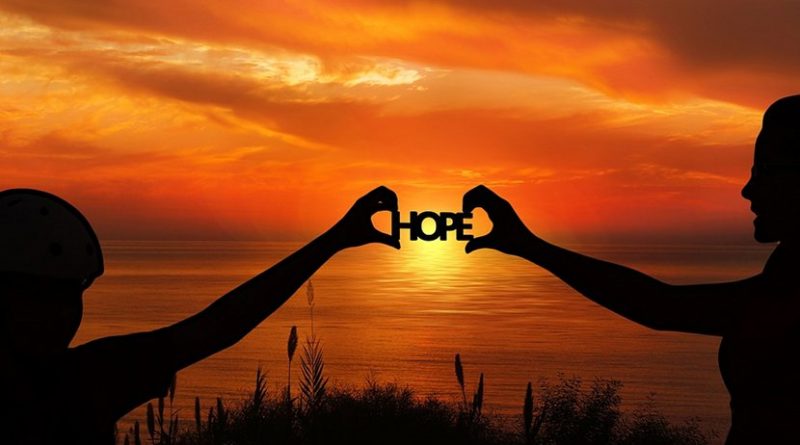 Over the past three decades, the US government has engaged in over a dozen wars, none of which have evoked popular celebrations either before, during or after. Nor did the government succeed in securing popular support in its efforts to confront the economic crises of 2008 – 2009.

This paper will begin by discussing the major wars of our time, namely the two US invasions of Iraq. We will proceed to analyze the nature of the popular response and the political consequences.
In the second section we will discuss the economic crises of 2008 -2009, the government bailout and popular response. We will conclude by focusing on the potential powerful changes inherent in mass popular movements.

The Iraq War and the US Public

In the run-up to the two US wars against Iraq, (1990 – 01 and 2003 – 20011) there was no mass war fever, nor did the public celebrate the outcome. On the contrary both wars were preceded by massive protests in the US and among EU allies. The first Iraqi invasion was opposed by the vast-majority of the US public despite a major mass media and regime propaganda campaign backed by President George H. W. Bush.

Subsequently, President Clinton launched a bombing campaign against Iraq in December 1998 with virtually no public support or approval.

March 20, 2003, President George W. Bush launched the second major war against Iraq despite massive protests in all major US cities. The war was officially concluded by President Obama in December 2011. President Obama’s declaration of a successful conclusion failed to elicit popular agreement.

Several questions arise: Why mass opposition at the start of the Iraq wars and why did they fail to continue?

Why did the public refuse to celebrate President Obama’s ending of the war in 2011?

Why did mass protests of the Iraq wars fail to produce durable political vehicles to secure the peace?

The massive popular movements which actively opposed the Iraq wars had their roots in several historical sources. The success of the movements that ended the Viet Nam war, the ideas that mass activity could resist and win was solidly embedded in large segments of the progressive public. Moreover, they strongly held the idea that the mass media and Congress could not be trusted; this reinforced the idea that mass direct action was essential to reverse Presidential and Pentagon war policies.

The second factor encouraging US mass protest was the fact that the US was internationally isolated. Presidents George H. W. and George W. Bush wars faced hostile regime and mass opposition in Europe, the Middle East and in the UN General Assembly. US activists felt that they were part of a global movement which could succeed.

Thirdly the advent of Democratic President Clinton did not reverse the mass anti- war movements.The terror bombing of Iraq in December 1998 was destructive and Clinton’s war against Serbia kept the movements alive and active To the extent that Clinton avoided large scale long-term wars, he avoided provoking mass movements from re-emerging during the latter part of the 1990’s.

The last big wave of mass anti-war protest occurred from 2003 to 2008. Mass anti-war protest to war exploded soon after the World Trade Center bombings of 9/11. White House exploited the events to proclaim a global ‘war on terror’, yet the mass popular movements interpreted the same events as a call to oppose new wars in the Middle East.

Anti-war leaders drew activists of the entire decade, envisioning a ‘build-up’ which could prevent the Bush regime from launching a series of wars without end. Moreover, the vast-majority of the public was not convinced by officials’ claims that Iraq, weakened and encircled, was stocking ‘weapons of mass destruction’ to attack the US.

Large scale popular protests challenged the mass media, the so called respectable press and ignored the Israeli lobby and other Pentagon warlords demanding an invasion of Iraq. The vast-majority of American, did not believe they were threatened by Saddam Hussain they felt a greater threat from the White House’s resort to severe repressive legislation like the Patriot Act. Washington’s rapid military defeat of Iraqi forces and its occupation of the Iraqi state led to a decline in the size and scope of the anti-war movement but not to its potential mass base.

Two events led to the demise of the anti-war movements. The anti-war leaders turned from independent direct action to electoral politics and secondly, they embraced and channeled their followers to support Democratic presidential candidate Obama. In large part the movement leaders and activists believed that direct action had failed to prevent or end the previous two Iraq wars.Secondly, Obama made a direct demagogic appeal to the peace movement – he promised to end wars and pursue social justice at home.

With the advent of Obama, many peace leaders and followers joined the Obama political machine. Those who were not coopted were quickly disillusioned on all counts. Obama continued the ongoing wars and added new ones—Libya, Honduras, Syria. The US occupation in Iraq led to new extremist militia armies which preceded to defeat US trained vassal armies up to the gates of Baghdad. In short time Obama launched a flotilla of warships and warplanes to the South China Sea and dispatched added troops to Afghanistan.

The mass popular movements of the previous two decades were totally disillusioned, betrayed and disoriented. While most opposed Obama’s ‘new’ and ‘old wars’ they struggled to find new outlets for their anti-war beliefs. Lacking alternative anti-war movements, they were vulnerable to the war propaganda of the media and the new demagogue of the right. Donald Trump attracted many who opposed the war monger Hillary Clinton.

In 2008, at the end of his presidency, President George W. Bush signed off on a massive federal bailout of the biggest Wall Street banks who faced bankruptcy from their wild speculative profiteering.

In 2009 President Obama endorsed the bailout and urged rapid Congressional approval. Congress complied to a $700-billion- dollar handout, which according to Forbes (July 14, 2015) rose to $7.77 trillion. Overnight hundreds of thousands of American demanded Congress rescind the vote. Under immense popular protest, Congress capitulated.However President Obama and the Democratic Party leadership insisted: the bill was slightly modified and approved. The ‘popular will’ was denied. The protests were neutralized and dissipated. The bailout of the banks proceeded, while several million households watched while their homes were foreclosed ,despite some local protests. Among the anti-bank movement, radical proposals flourished, ranging from calls to nationalize them, to demands to let the big banks go bankrupt and provide federal financing for co-operatives and community banks.

Clearly the vast-majority of the American people were aware and acted to resist corporate-collusion to plunder taxpayers.

Conclusion: What is to be Done?

Mass popular mobilizations are a reality in the United States. The problem is that they have not been sustained and the reasons are clear: they lacked political organization which would go beyond protests and reject lesser evil policies.

The anti-war movement which started in opposition to the Iraq war was marginalized by the two dominant parties. The result was the multiplication of new wars. By the second year of Obama’s presidency the US was engaged in seven wars.

By the second year of Trump’s Presidency the US was threatening nuclear wars against Russia, Iran and other ‘enemies’ of the empire. While public opinion was decidedly opposed, the ‘opinion’ barely rippled in the mid-term elections.

Where have the anti-war and anti-bank masses gone? I would argue they are still with us but they cannot turn their voices into action and organization if they remain in the Democratic Party. Before the movements can turn direct action into effective political and economic transformations, they need to build struggles at every level from the local to the national.

The international conditions are ripening. Washington has alienated countries around the world ;it is challenged by allies and faces formidable rivals. The domestic economy is polarized and the elites are divided.

Mobilizations, as in France today, are self-organized through the internet; the mass media are discredited. The time of liberal and rightwing demagogues is passing; the bombast of Trump arouses the same disgust as ended the Obama regime.

Optimal conditions for a new comprehensive movement that goes beyond piecemeal reforms is on the agenda. The question is whether it is now or in future years or decades?