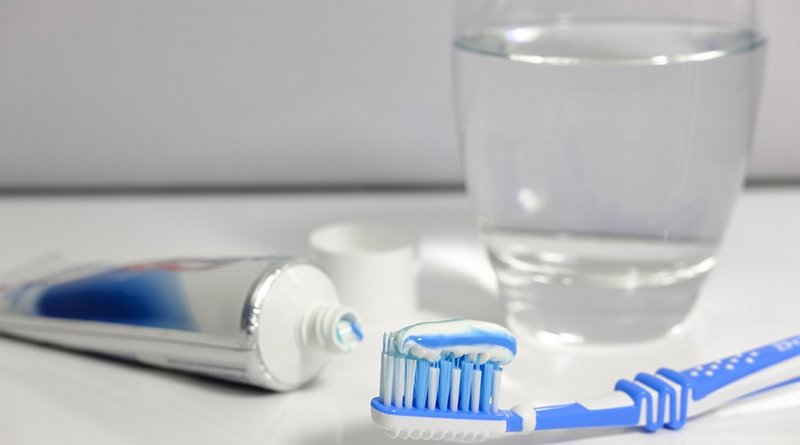 You may think (or hope) that in your daily life you don’t need to worry about unknowingly eating or otherwise ingesting crude oil or any of its many, many petrochemical byproducts. But you would be wrong. And not just a little wrong–very, very wrong. Petroleum-based substances are in all kinds of innocuous-seeming things that we willingly put into our bodies. Even though petrochemicals are not technically (or really any other adverb you want to insert here) edible, we eat quite a lot of them.

Petrochemicals–substances that are essentially poisonous for human consumption–are even hiding in your medicine. Some of the most seemingly innocuous substances in your home are absolutely coated in it, in fact. “Petrochemicals cumene, phenol, benzene, and other aromatics are used to make not only aspirin, but also penicillin and cancer-fighting drugs,” reports Science Notes. “Ultimately, most drugs are organic molecules made using petrochemical polymer. Those that are not are often purified using petrochemical resins. Polymers are used to make pill capsules and coatings. Time-release drugs rely on a tartaric acid-based polymer that slowly dissolves, administering just the right dose of medication.” What’s more, according to the Petro Industry News, “they may not necessarily be classified as ‘edibles’ but painkillers and vitamins are often packed full of petrochemicals. They contain acetylsalicylic acid, the active ingredient in a multitude of over the counter painkillers such as aspirin.”

Common toiletries such as toothpaste are petrochemical-based as well. Even most people spit out their toothpaste, it’s inevitable that a fair bit of it gets ingested. Many prominent toothpaste brands use not just one petroleum-based ingredient, but two (and that’s without taking into account the petroleum-based plastic packaging). “Many of the most popular toothpastes available today are made with sodium lauryl sulfate, a product commonly made from petroleum. Sodium saccharin is another ingredient often found in toothpaste; it is a sweetener made from petroleum,” writes Portland State University’s Ecolife Project Blog. The average adult will use about 20 gallons of toothpaste over their lifetime.

We tend to look at drugs and toiletries as a category far away from food, even though we often ingest them orally and they end up in our stomachs along with everything else we eat. Because of this, maybe it doesn’t seem so crazy that petro-products that were once crude oil are in our medicine because we are aware that medicine is synthesized and created in laboratories full of all kinds of chemicals. But when it comes to actual food, most of us would never imagine that there is crude oil lurking in our fridges and pantries. But there is. And a lot more of it than you would expect.

Thought Co. reports that “petrochemicals are used to make most food preservatives that keep food fresh on the shelf or in a can. In addition, you’ll find petrochemicals listed as ingredients in many chocolates and candies. Food colorings made with petrochemicals are used in a surprising number of products including chips, packaged foods, and canned or jarred foods.” Chewing gum also includes crude oil as the basis for not just one but many of its primary ingredients. LiveScience reports that “People who enjoy the snap and long-lasting texture of their chewing gum can give a nod of thanks to petroleum-derived polymers. Today’s gum bases can consist of both natural latexes and petroleum products such as polyethylene and paraffin wax, which also means most gums are non-biodegradable. But the first chewing gums typically relied upon the natural latex known as chicle — still the gum base of choice for some upscale gum brands and certain regional markets.”

This is to say nothing of the synthetic petrochemical fertilizers that are used to grow nearly all of the produce that we consume (especially in more developed countries) and that give nitrogen, phosphorous, and potassium to our soils and the fruits and vegetables grown from them. As summed up by Thought Co., “More than a billion pounds of plastic, all made with petrochemicals, find use annually in U.S. agriculture. The chemicals are used to make everything from plastic sheeting and mulch to pesticides and fertilizers. Plastics are also used to make twine, silage, and tubing. Petroleum fuels are also used to transport foods (which are, of course, stored in plastic containers).” In fact, our entire food system is fueled by oil, and agriculture is responsible for a quarter of all greenhouse gas emissions, making it the second biggest greenhouse gas-emitting sector after the energy sector itself.

While we as consumers may not be aware of or mindful about the fact that so much of the things that we choose to consume contain some amount of crude oil in the form of petrochemicals, at least the petrochemicals were put there on purpose and are therefore almost certainly measured or regulated in some way. But there are also plenty of things that we consume that are full of petrochemicals that are not supposed to be there at all. And it’s no simple feat to avoid consuming these hidden petrochemicals, because one of the most common sources is something that we can’t live without: water.

“We’re Literally Eating and Drinking Plastic. Fossil Fuels Are To Blame.” proclaims non-profit organization Food & Water Watch. “Everyone drinks water, and whether you drink tap water or bottled water, you are very likely ingesting some level of plastic pollution,” the article continues. This assertion is based on a study by Orb Media, which found that of 159 drinking water samples tested, sourced from cities and towns around the world, 83 percent contained microplastic fibers. “That means food prepared with plastic-contaminated water becomes contaminated as well.”

While consumers may think that the solution is in bottled water, they would be wrong. “Bottled water samples fared even worse than tap water—unsurprising because it is manufactured with plastic. Another recent study by the same organization found 90 percent of bottled water analyzed from around the world contained plastic microfibers. A single bottle of Nestlé Pure Life had concentrations of microfiber plastics up to 10,000 pieces per liter. The type of plastic used to make bottle caps was the most common type of microplastic fiber found in bottled water.” And it’s not just water that contains microplastics that are in no way supposed to be there. Microplastics have also been found in sea salt, seafood, beer, honey and sugar.

It is widely accepted that in order to avoid catastrophic climate change, the world needs to decarbonize in a serious and urgent manner. But while this may seem like a relatively simple goal on the surface, looking into the complex web of petrochemical tracing shows just how ubiquitous petrochemistry has become in our lives. Not even our food is carbon-free. Not even our water is without traces of crude oil. This article didn’t even touch the drastic quantity of crude oil’s carbon emissions that are in the very air we breathe. The oil industry’s control and saturation of the market has far-reaching implications that are unbelievably complex and simultaneously invisible. At the same time that we go through our lives without thinking in any serious way about crude oil and its place in our lives, it is already in our bodies. We carry the responsibility of decarbonization and its quite literal burden within us. There is no opting out.

Home » How Much Crude Oil Do You Unknowingly Eat? – Analysis