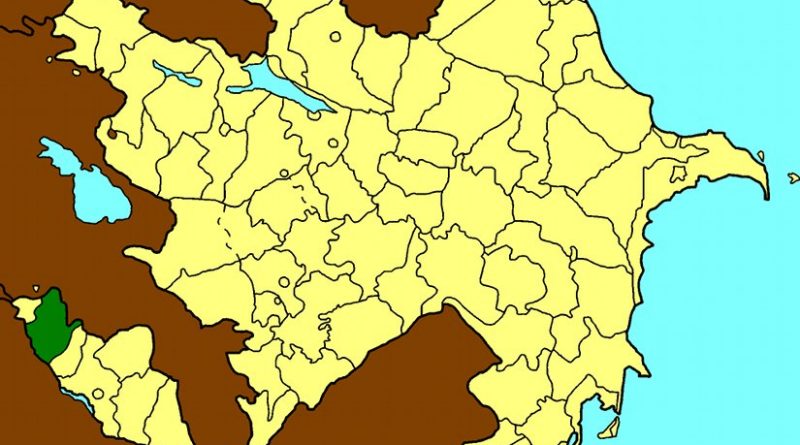 As the Nakhchivan Autonomous Republic (Azerbaijan) is preparing to be the world’s principal hub of Islamic culture (in 2018), a number of archeological monuments have facilitated a growth of various sectors such as cultural tourism, archeological expeditions, sustainable economic growth, it has concurrently expanded the knowledge about ancient history to many international experts.

All of these remarkable accomplishments are taking place in a vulnerable region where peace and security have a corroded resilience while Nakhchivan Autonomous Republic has been faced with an economic blockade imposed by Armenia, over the last twenty years. Despite these challenges the Government of Azerbaijan and the Autonomous Government of Nakhchivan under the leadership of Chairman Vasif Talibov (chairman of the Supreme Assembly of Nakhchivan) has pursued a vibrant diplomacy with other neighboring nations, admirable urban development, public works and a meticulous attention to education infrastructure and curriculum development evident on all education levels. All of these achievements have made Nakhchivan a region of Azerbaijan that has set a perfect example that could be emulated by other countries in Europe and Central Asia.

The settlement of Akhura Kultapasi was established during the Classical Age, standing atop the hills on the side of Akhura River, only two (2) kilometers from Goshatapa to the East of Sharur Region. It is stretched in a territory of 7 to 8 acres. While renowned international archeologists have excavated in the area, it was discovered the remainder of a wall with the size of two by two and with a depth of 1.5 meters. According to Prof. A. I. Bakhshaliyev: “during the ongoing excavations there was also discovered a layer of 20-25 centimeters as well as a variety of osteological items and plant remnants, clay ware pieces and many others valuable items.”

The Archeological monument of Akhura Necropolis I was erected in the middle of the Iron Age, is located in Akhura Village, region of Sharur. Unfortunately parts of this national monument are damaged from the floods due to its location at a flood prone area near the Akhura Village. The territory that continues to be standing is about 150 by 100 meters. The visitors, tourists, will notice that such impressive features are observed on the cone shaped grave stones. The depth of the two graves with a size of 1.5 meters; contains male skeletons their length is 185 cm.

The Archeological monument of Akhura Necropolis II dates back to the Classical Age and is on the right side of Akhura River, located one kilometer away from the Akhura I Necropolis to the east of Sharur Region. In the ongoing process of investigations there were discovered two graves in this monument and it is confirmed that they are land graves, in addition to clay ware pieces unearthed in the surrounding landscape and inside the graves.

Sharur Region has also the archeological monument of Akhura Necropolis III, in the village of Akhura, where the graves are positioned at the direction of East-West. On some of these graves there are chest shaped stones and ram stones in addition to inscriptions in Arabic language.

The Archeological monument of Albantapa dates back in the ancient period, located to the west side of Akhura, Sharur Region, with a territory that extends in more than five acres. In 1979, this settlement was registered as a national monument, situated on a hill, is surrounded by mountains. According to Prof. A. I. Novruzlu, “Albantapa is bordered with Akhurachay from the west; the investigations led in 1979-1985 were fundamental to shed more light on this important archeological site; a cultural layer to the depth 1.5 meters was discovered including a 6-7 centimeters ash layer while confirming that this settlement has been put on fire.” In the archeological excavations of Albantapa conducted in 1985 (with a size of 5 meters by 5 meter) a rich cultural layer was discovered.

According to Prof. Novruzlu, “this wall was built of stone and was affixed with clay plaster with a thickness of 2.5 – 3 cm, an impressive cultural layer of 8-10 meters has appeared.” There were also found different decay remains and the residues of a wall, osteologic materials and different glazed earthenware pieces. Archeological research has proved that Albantapa is a multilayer monument as life continued un-interrupted for centuries. A great number of ceramic materials, labor tools of iron and weapons were discovered during these investigations (many more ceramics were found here than in other places in the Caucasus), some of the items found are: earthenware pot, jugs, pots, side handled plates, one foot vases, table wares with mouth gutter, platypus pots and their small sized pieces and tiles.

It must be emphasized that tiles found in the area have a long shape and are very rare in the world. As local people have lived in this settlement from the V Century BC until the I century B.C., the column pedestals unearned in Albantapa are a unique tourism attraction and are being preserved by the government of Nakhchivan in cooperation with the local community. UNESCO leadership should take a closer look at these precious archeological sites in order to ensure a proper funding and assist in preserving these rare monuments.

The surfaces of these columns were built in such a way that proves the existence of large structures in the area. These genuine discoveries make Albantapa (Sharur Region) an important destination for cultural tourism and a global landmark that could shed more light on international archeological research. Albantapa, just like the Momuna Khatun Tomb, plays a crucial role towards introducing Azerbaijani archeology to the world.

Source Literature: Novruzlu A. I. Bakhshaliyev, V. B.: “The archeological monuments of Sharur Region;” 1993.