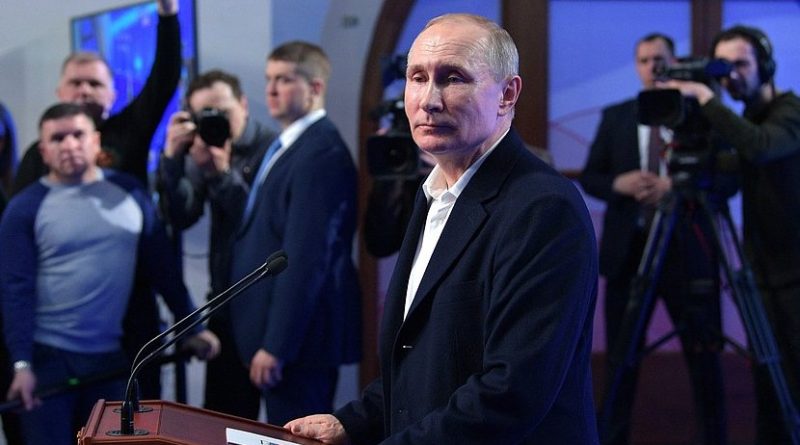 Many have wondered why Vladimir Putin waded into nationality policy last July with his call to make the study of all non-Russian languages voluntary while keeping instruction in Russian compulsory, a position that has proved to be extremely unpopular among non-Russians.

But there is a good explanation, political geographer Dmitry Oreshkin says, and it is this: “Putin is beginning to feel a loss of control … looking at what is taking place in Ukraine or more accurately in Belarus and also in Kazakhstan, the center feels that if things proceed further, something like a ‘Tatarstan identity’ will appear” (rosbalt.ru/moscow/2018/06/04/1708008.html).

And so a decision was made in the Kremlin to “quietly prevent that,” the scholar says. But it hasn’t proved as quiet as Putin had hoped.

In reporting this, Rosbalt journalist Leonid Smirnov notes that putting Putin’s idea into law is more complicated than many imagined. First, he cites the fact that many non-Russian parents don’t want their children to study non-Russian languages or perhaps even Russian but rather English or some other foreign language.

Second, he reports that the authors of the legislation have agreed to form yet another working group to draft revisions in the bill because as one of its authors Alena Arshinova notes, “we have to think together how to motivate children and their parents to study native languages without using administrative methods.”

And third, he cites the observation of Academician Valery Tishkov, former director of the Moscow Institute of Ethnology and Anthropology and close advisor to Putin on ethnic issues, that whatever the law says, Russia will have to live with regional differences in how languages are handled because the situations in some republics are so different than they are in others.

One thought on “Events In Ukraine, Kazakhstan And Belarus Behind Putin’s Push On Languages – OpEd”